Was chef Kiko Loran fired from Below Deck Med? Kate Chastain isn’t sure 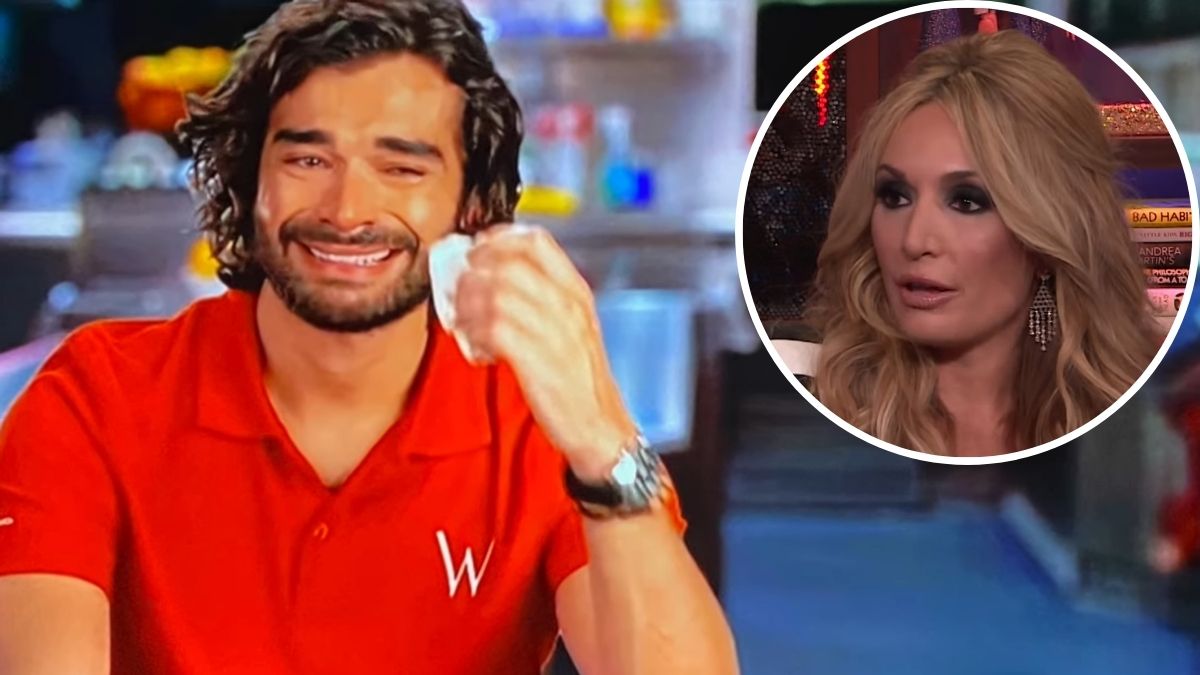 Was chef Hindrigo “Kiko” Lorran fired from Below Deck Mediterranean, or did he actually quit? Kate Chastain isn’t sure which is true.

The Below Deck alum is a little confused about what went down between Kiko and Captain Sandy Yawn on the night of the disastrous Vegas-themed dinner. There was some confusion during their talk since Kiko kept saying he would leave after the charter. Captain Sandy just stood there, shaking her head before walking away.

Kate didn’t hold back while giving her commentary during her limited series Watch with Kate. As Captain Sandy walked away after it was understood Kiko would leave The Wellington crew, Kate gave her two cents.

“It’s like chef Kiko’s asking to leave. I don’t think Sandy really fired him,” Kate said during her commentary.

The Bravo personality even reiterated her thoughts after Kiko informed Hannah Ferrier that Captain Sandy fired him.

“You kind of quit, Kiko,” she remarked.

As fans know, Kiko had a moment in the morning where he was not going to serve breakfast. Kiko had given up despite promising to finish out the charter, which had one more day. Captain Sandy convinced him to get out of bed and get to work.

Kate doesn’t appear to be a fan of Kiko’s. She did an awful lot of making fun of the beloved chef, even calling him “completely broken” at one point. Plus, Kate joked that the guest’s breakfast was probably salty due to Hannah and Kiko’s tears.

Perhaps Kate’s dislike of Kiko has to do with his close bond with Hannah. There is no love lost between the two former chief stews. Kate threw a lot of shade at both of them during the two episodes she has commented on so far.

Getting ready for #BelowDeckMed #WatchWithKate in 30 minutes. Thank you @wowbrow_karin for my amazing eyebrows btw 🙌

Getting ready for #BelowDeckMed #WatchWithKate in 30 minutes. Thank you @wowbrow_karin for my amazing eyebrows btw 🙌

So was Kiko fired or did he quit?

There is no question Captain Sandy fired Kiko. She had been gunning for him since the first day on the charter. Kiko did have some struggles, just like current chef Tom Checketts, who has had a meltdown on nearly every episode of Below Deck Mediterranean since he took over.

Fans have even accused Bravo, Malia, and Captain Sandy of planning to get rid of Kiko all along so Tom could join the show. Captain Sandy and Malia have definitely been more helpful to Tom then either of them was with Kiko.

Seriously if Kiko had been MIA like Tom was during the cucumber drama, Captain Sandy would have unloaded on him. Since it was Tom, the captain let it slide.

Viewers know, though, that trouble is brewing. The preview clip for upcoming episodes shows Tom having a meltdown, with Malia and Captain Sandy at odds over the drama.

What do you think of Kate’s recent commentary?

Below Deck Mediterranean airs Mondays at 9/8c on Bravo.