What Happened To Greg Bennett From RHONJ?

Greg Bennett made plenty of appearances on “The Real Housewives of New Jersey” as Albie and Chris Manzo’s best friend and regularly stole the show with his sarcastic quips. The three of them eventually moved to Hoboken, N.J. along with Greg’s dog, Deloris. Greg wasn’t just their sidekick — he had his own friendship with Melissa Gorga, as he detailed to Bravo in 2011. “She’s got a really quick sense of humor, and none of the jokes I tell her go over her head, which is why we hit it off right away. She also never mentions the only other guy I feel competition with when it comes to our best-friendship: Jesus,” he said.

Greg recounted Season 2’s Posche Fashion Show in an interview with NewNowNext in September 2015, calling it the “craziest thing I ever witnessed.” “The Posche Fashion Show was nuts. Teresa actually called me and asked me to go with her because the producers didn’t want the husbands to go. Danielle Staub ended up getting chased through the catering hall and then Ashley Holmes pulled out a chunk of her weave. I hid in a bush and watched from afar because I didn’t want to be on camera for any of that. ‘My mom’s going to see this,’ was my first thought.” Wow!

It’s been quite some time since Greg graced us with his presence on TV. Keep reading to see what he’s been up to since the cameras stopped rolling.

Greg Bennett is engaged to his longtime love 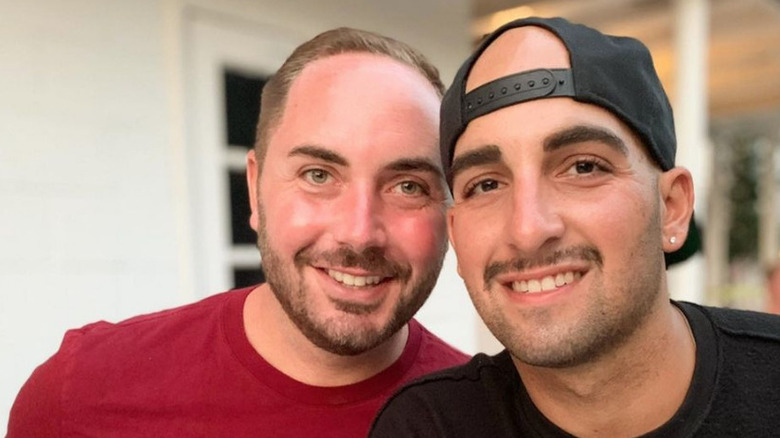 Although he is no longer in front of “The Real Housewives of New Jersey” cameras, Greg Bennettt is still as sarcastic as ever and lists some of his interests as mozzarella sticks and Mariah Carey in his Instagram bio. In June 2019, Greg got engaged to his longtime boyfriend, Alex Cesarini. Greg captioned a tearful Instagram post with, “Well…I got it” [ostensibly a Lisa Kudrow “The Comeback” reference]. Fans may remember Caroline Manzo treating Greg like one of her sons, so it was no surprise when she commented (via Bravo), “This makes me very happy/love you both!! Congratulations.”

Lauren Manzo gave the pair a shoutout on her own Instagram, writing, “I sobbed way more than I care to admit tonight. This is about me.” Albie Manzo was thrilled for his best friend and chimed in on Lauren’s post with, “Seeing this absolutely could not make me any happier. Congrats to one of my best friends on the planet. This wedding is gonna be a trip & a halffffff. Love you guys!”

In addition to planning his wedding, Greg co-founded Sociale, a candle company that he runs with his fiance. He also remains close with the Manzo family and hung out with Chris Manzo in May at his restaurant, Bang Bang.