LATE night comedy king Conan O’Brien and his wife Liza Powel O’Brien first met on the set of his show.

The couple tied the knot in 2002 after an 18-month long relationship. She became a screenwriter after graduating with an MFA in Fictional Writing from Columbia University’s School of the Arts.

Liza has worked in plays such as The Gate, The Distinguished Gentleman, and Ruthie Goes Shopping, according to her website. 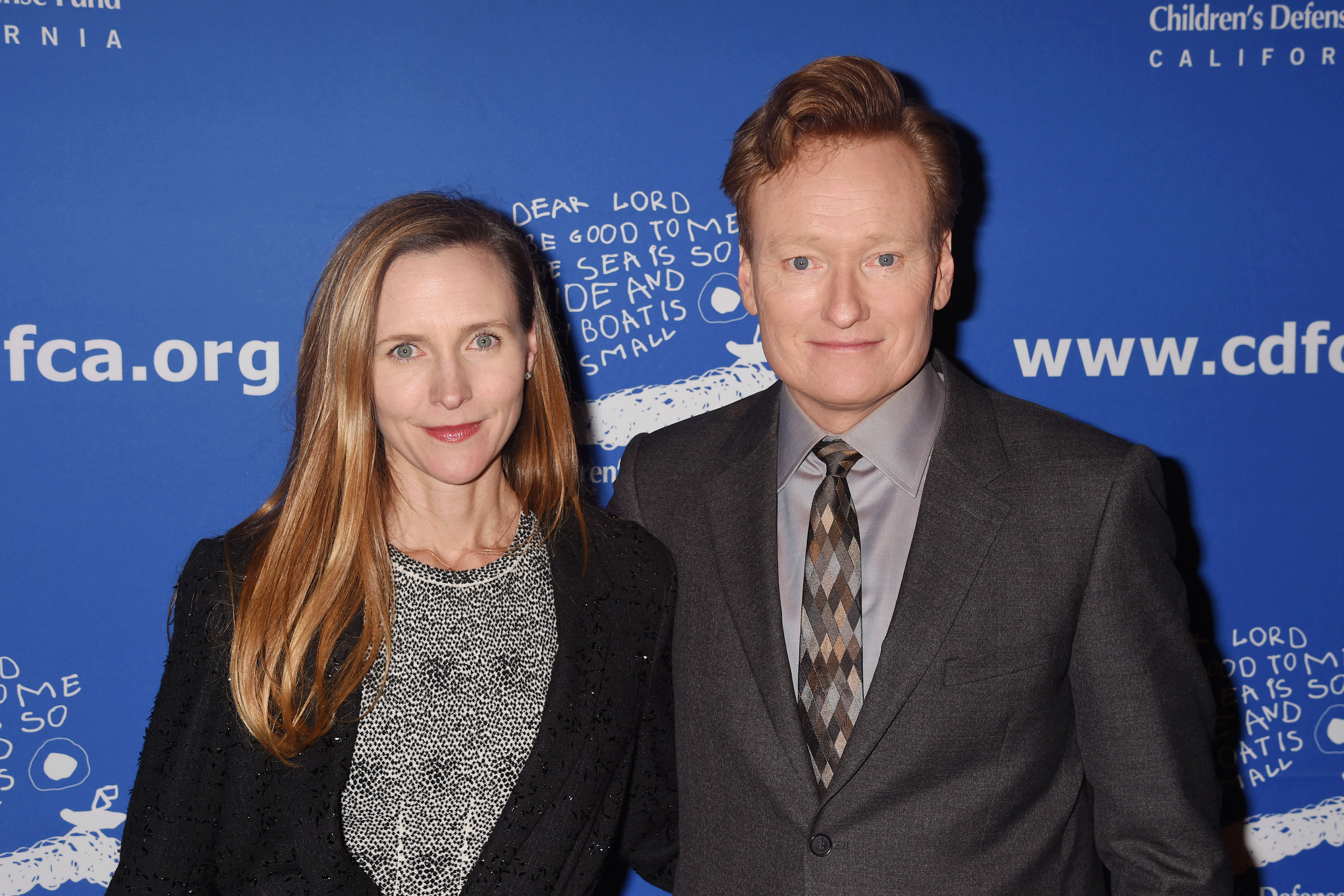 When did Conan O’Brien and Liza Powel O’Brien marry?

O’Brien and Liza met in 2000 as she was working for Foote, Cone & Belding.

Her company had agreed to work on a skit with O’Brien’s show and the comedian instantly fell for her.

He confessed to Piers Morgan about meeting her, saying: “Somewhere, in the vault at NBC, there’s footage of me literally falling for my wife on camera.” 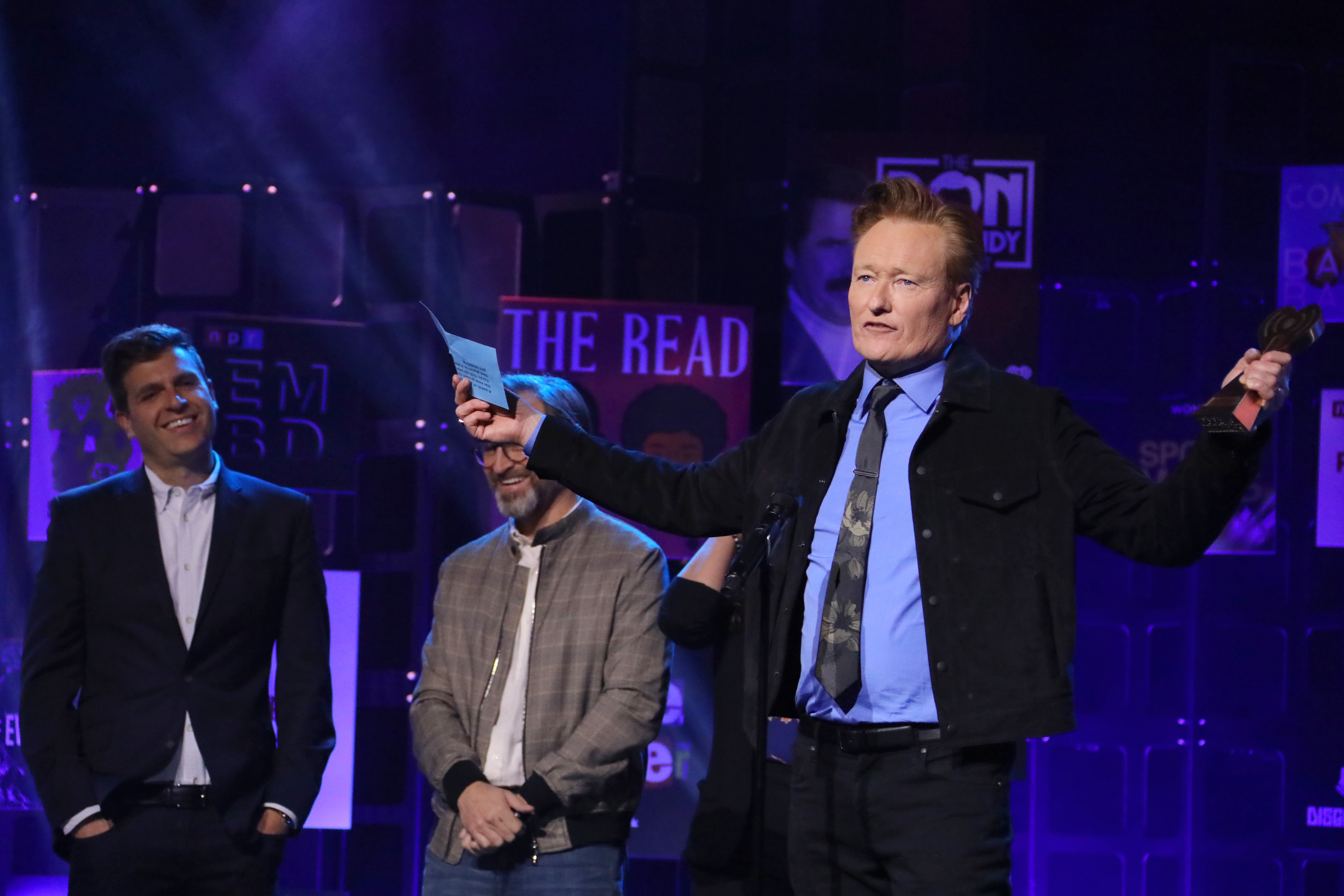 O’Brien told Morgan that he learned Liza was intelligent, funny and a good person after speaking to her on the phone.

The pair officially tied the knot on January 12, 2002 at the St. James Cathedral in Seattle, Washington.

Do Conan O’Brien and Liza Powel O’Brien have children?

Liza and O’Brien have two children, Neve, and Beckett O’Brien.

The comedian dished to People magazine about his children’s toys and helping them assemble gadgets, saying: “Being a dad is the greatest, except for assembling things. I remember my father trying to tighten a bolt and hurting his fingers.

“That is what I’m doing now – except I break (the toy) before she even gets to play with it.”

On June 17, 2018, O’Brien gave a shout out to his children on Twitter for Father’s Day and wrote: “All I want for Father's Day is for my kids to stop calling me "Not-Dwayne-Johnson." 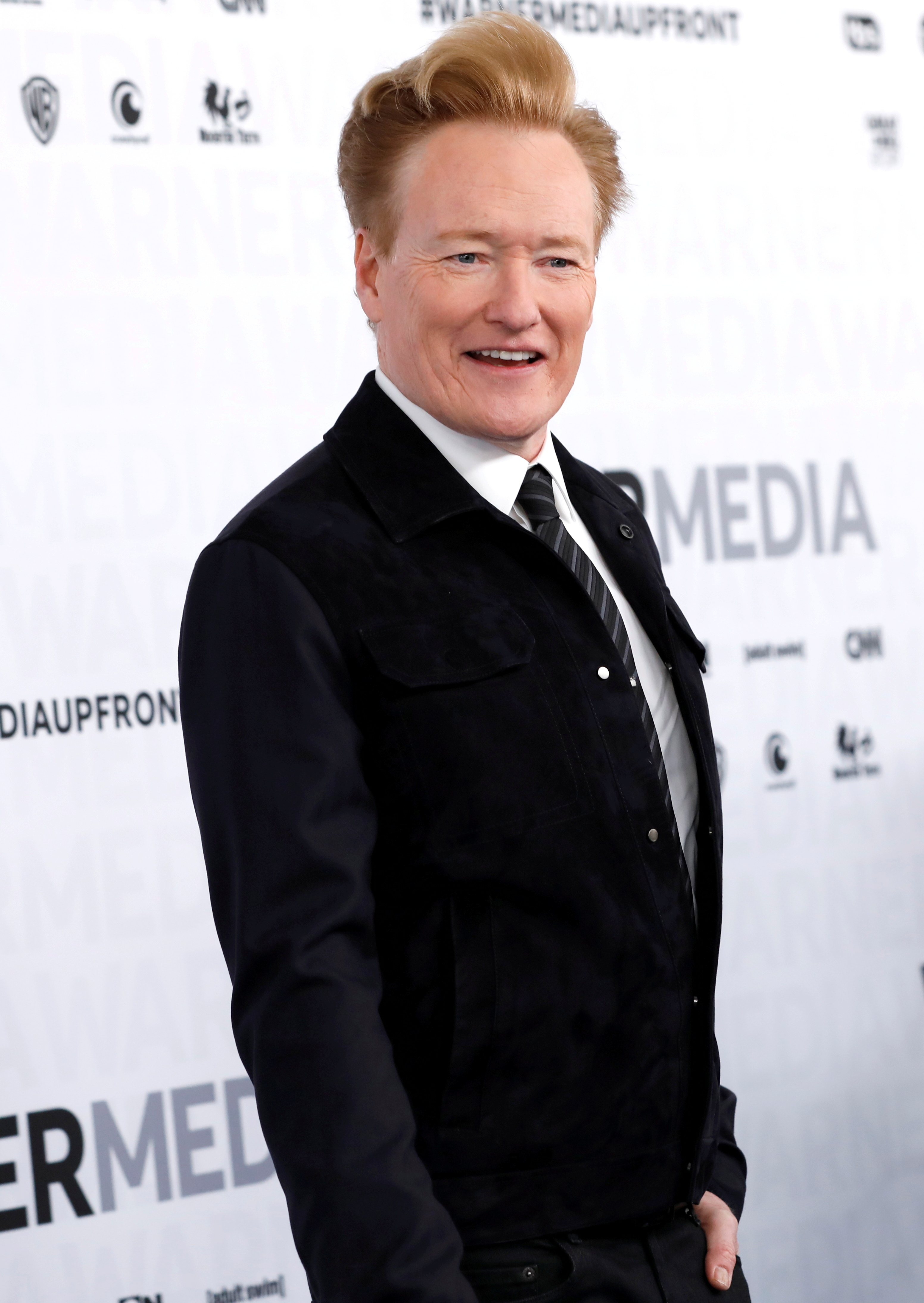 What is Conan O’Brien’s net worth?

O’Brien is worth an estimated $150million.

kicked off his late-night career in 1993 on NBC with Late Night With Conan O'Brien, which he hosted until 2009.

He would then be promoted to take over Jay Leno's The Tonight Show, but that only lasted a year as Jay returned for his job in 2010 in a now infamous tug-of-war.

O'Brien's resume also includes writing for SNL and The Simpsons, as well as starting his own production company Conaco.

In November 2020 O’Brien announced that his late-night show’s last season would be in June of 2021.

In a statement released by WarnerMedia, Conan said: "In 1993 Johnny Carson gave me the best advice of my career: ‘As soon as possible, get to a streaming platform.'

“I’m thrilled that I get to continue doing whatever the hell it is I do on HBO Max, and I look forward to a free subscription.”