‘Why are we doing this?’ Dr Hilary blasts selfish footballers insulting health workers

Dr Hilary, 66, was on hand to join Piers Morgan, 55, and Susanna Reid, 49, on the show today as they continued to discuss the current coronavirus pandemic. Amongst the discussion on the latest edition of Good Morning Britain was how some members of the public were still defying the guidelines implemented by the Government to try and combat COVID-19. However, the medic couldn’t help but slam those who were seemingly breaking the lockdown just after Piers ranted about famous footballers flouting the rules.

Manchester City player Kyle Walker, 29, has also issued an apology after breaching the lockdown measures and is now facing disciplinary action from the club.

Referring to the players in the public eye flouting the rules, Piers couldn’t get over their behaviour and didn’t hold back in letting viewers of the ITV show know exactly what he thought.

As he continued his rant, the host was interrupted as Dr Hilary wanted to share his opinion on the matter and urged those watching at home to stay indoors to help health workers. 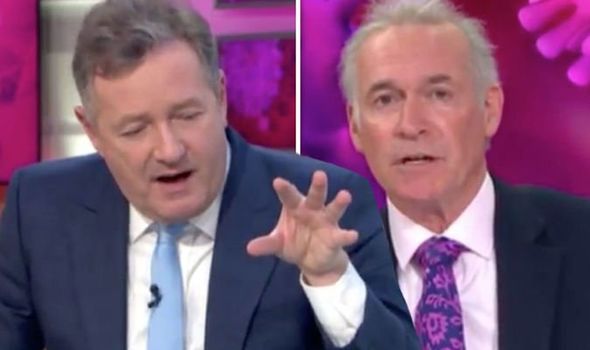 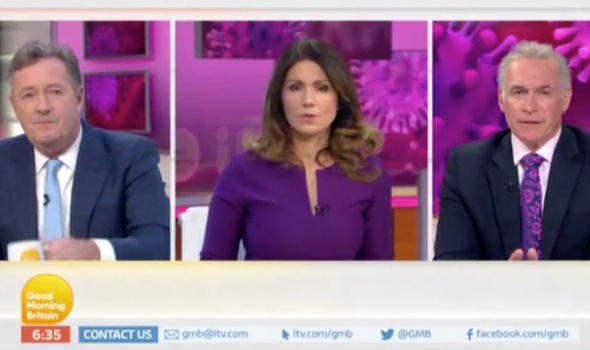 The medical professional said as he interjected on the host’s speech: “How do people think front line workers feel when they see what’s going on amongst some members of the public going out, flouting the guidance?

“Talking about the hypocrisy of some people and they’re putting their lives on the line.

“A lot of them are thinking, ‘Why are we doing this? Why do we look after a public that actually puts us at risk?’”

Explaining why it was vital for health workers to get the support of the public, Dr Hilary added: “The morale is really important. If we don’t look after the morale of the staff, some of them will walk away.” 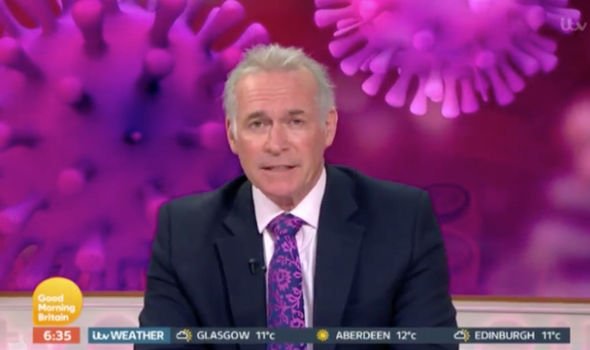 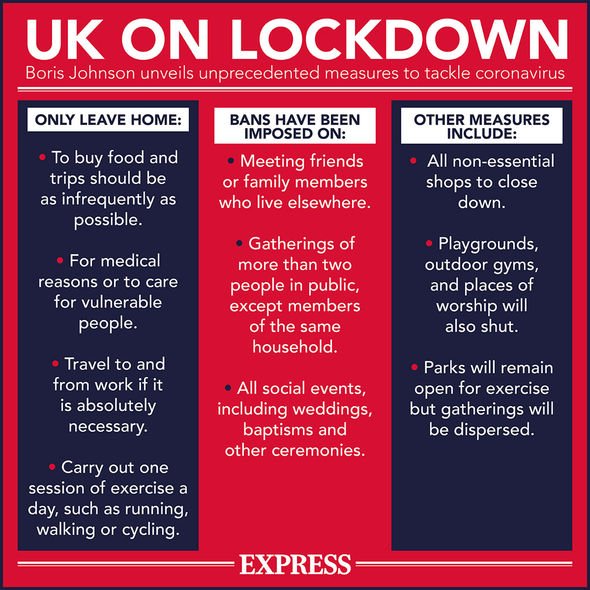 We descend into chaos and that’s a real problem

“And if that happens, then we descend into chaos and that’s a real problem we need to avoid,” the medic said of the consequences which could play out as a result of the breaking of the rules.

Prior to Dr Hilary sharing his thoughts on the matter, Piers took aim at both footballers and the Government with regards to taking pay cuts.

Salaries of Premier League football players have caused much debate over the weekend, after Health Secretary Matt Hancock, 41, said players had to ‘play their part’ and take a cut to their wages.

However, the host hit back at the Government, claiming some of the top earners could also volunteer to do what they’re urging others to do.

“If you’re going to apply the logic of rich people, you need to divvy up, Mr Hancock, look in your own cabinet.

“Get the millionaires there to contribute or to cut their salaries. If that’s your logic, if that’s your yardstick that because footballers are rich we have to hold them accountable, then look in your own backyard.

“I don’t like the way Matt Hancock keeps targeting football players, it’s unfair on most of them.

Piers then moved on to discuss the antics of Jack and Karl, who he has voiced disapproval of their behaviour several times before.

Claiming they were “role models,” the host said it was “utterly shameful” they seemed to break the lockdown measures.

“Other players, I think, have to get a grip of some of the younger more wayward ones and say this matters.”

The host said the repercussions of the footballer’s behaviour would “tarnish” the sport and supporters were “not going to put up with” the disregard for the rules.