Will There Be a 'Falcon and the Winter Soldier' Season 2? 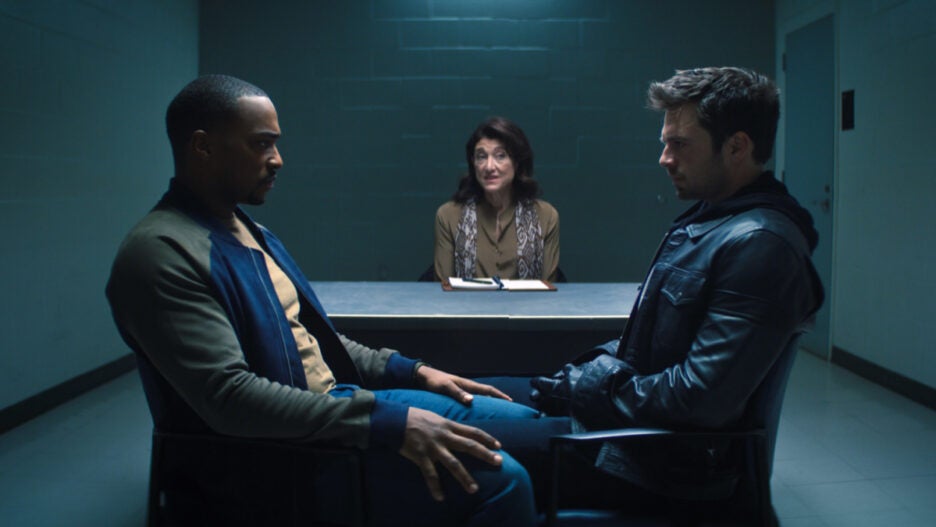 The Marvel Cinematic Universe is back in full swing now that we’ve reached the end of “The Falcon and the Winter Soldier,” and so much has happened — not the least of which is that Sam Wilson (Anthony Mackie) is now officially the new Captain America.

These new Marvel shows on Disney+ are, unlike “Agents of Shield” and the Netflix ones, full pieces of the MCU that carry as much weight for the big picture of the franchise as most of the movies that aren’t universe-shattering crossover events.

So that means sequels are usually going to be a distinct possibility. Or, since we’re talking about TV shows, second seasons.

“WandaVision,” though, is the sort of story for which a season 2 wouldn’t make a whole lot of sense — it’s not likely that Wanda is going to make a town live their lives in a TV show again. But “The Falcon and the Winter Soldier” is a different story. 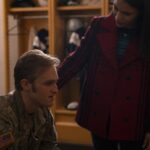 Marvel Studios boss Kevin Feige sounded more optimistic about a potential second season of “The Falcon and the Winter Soldier” compared to “WandaVision.” But the studio, which until this year had only made movies, views any future seasons of its growing list of Disney+ series in much the same way as it does film sequels.

“It’s a funny question and it’s one that we obviously get asked much more in television because people expect it to be like what people know before. We really did approach it like we do the movies: We better make this great, because we won’t be able to do another one,” Feige said back in March during a virtual press conference. “If we were able to do another one, there’s certainly ideas.”

And there are some obvious setups, particularly with John Walker (Wyatt Russell) still alive and kicking at the end, and Julia Louis-Dreyfus’ mysterious character up to no good. And while the Flag Smasher super soldiers are out of the picture now, their cause still lives on. Plus, you know, we’ve got whatever’s going on with Sharon Carter right now.

But with all these characters belonging to the greater franchise, stuff that happens in movies or other Disney+ shows could impact whether another season even makes sense.

“Falcon and The Winter Soldier” will be followed by two other series that feature returning MCU actors in “Loki” in “Hawkeye,” along with future projects that will debut new heroes including Ms. Marvel, She-Hulk, Moon Knight and Ironheart. Feige reiterated the overall plan going forward is for characters and storylines to bounce between Disney+ and the movie theater. 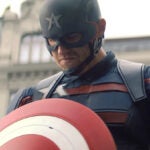 Unlike “WandaVision,” which Feige revealed well before its premiere that it would have a direct tie-in to a future movie — in this case, Elizabeth Olsen will appear in “Doctor Strange and the Multiverse of Madness” next year — there are no announced plans for either Mackie or Stan to reprise their roles in an upcoming project.

That doesn’t mean what happens in “The Falcon and the Winter Soldier” won’t have ramifications on the MCU, Feige said.

“The characters of Bucky and Sam are essential to the MCU — whatever they go through could and should have an impact on the MCU,” Feige said. “It is hard to navigate every fan theory that’s going to pop up. Not everything is going to be as world-shattering.” 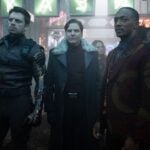 He later added: “There can be character shifts that have massive, massive implications for the future.”

Those two have gone through a ton across these six episodes. Sam is Captain America. Bucky finally crossed everyone off his apology list. They both worked through a lot of their baggage that they’ve been wrestling with for several movies and seem a lot more emotionally prepared to deal with being superheroes in a world as insane as the MCU. Sam’s sister got the boat situation handled, and maybe Bucky is gonna stick around since he really seems to like her.

While we don’t know when we’ll see these guys next, Mackie does at least have an idea for one place he’d like to pop up.

“I would really — Kevin — like to spend some time in the ‘Blade’ world,” Mackie said.

The finale of “The Falcon and the Winter Soldier” dropped on Friday, April 23 on Disney+.