Yellowstone: Jamie promises not to ‘betray’ John in sneak peek

For the entirety of Yellowstone season three on Paramount, John Dutton (played by Kevin Costner) faced a challenge to his ranch like none other before. After seeing off opposition from the likes of the Beck brothers and Dan Jenkins (Danny Huston) in the first two runs, Market Equities showed up in Montana with a fair bit of cash and two fearless schemers in the form of Roarke (Josh Holloway) and Willa (Karen Pittman). And heading into season four, it looks like John and his family may have finally been bested.

To recap, in the final moments of season three, John and enemy-turned-ally Rainwater (Gil Birmingham) were convinced they’d done enough to put a stop to Market Equities’ plans to take over the land around the ranch.

However, unbeknownst to John, adoptive son Jamie (Wes Bentley) was on a warpath to cut ties with his family after discovering the truth about his lineage.

And – while it wasn’t revealed who plotted the attack – it looked like Roarke and co, with the support of Jamie, had orchestrated a deadly ambush on John, son Kayce (Luke Grimes) and daughter Beth (Kelly Reilly).

All of their fates hang in the balance with both Kayce and John being ambushed by gunmen and Beth caught up in a deadly explosion at her offices. 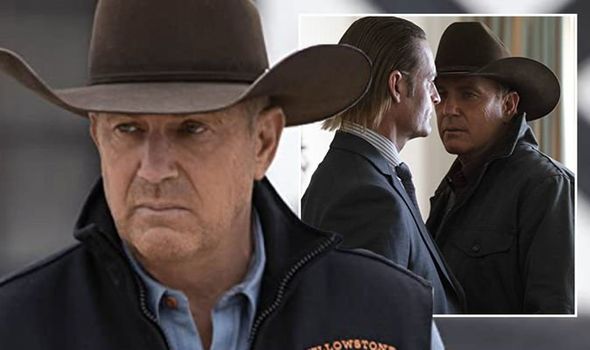 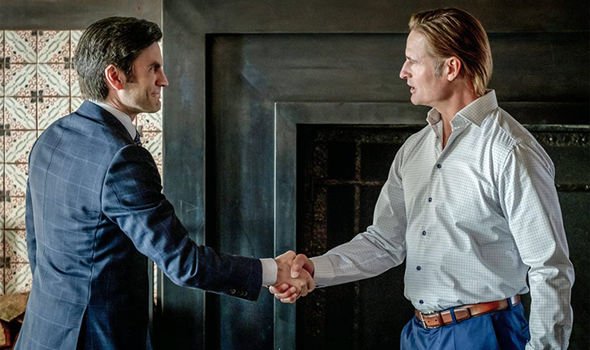 Jamie even told John’s righthand man Rip (Cole Hauser) “not to call” him ever again in the aftermath of the action.

And all of these deadly attacks came as a result of John refusing to sell the ranch to the business group – despite the financial side of things making sense.

Even Beth, who’s been a staunch defender of her father, encouraged him to sell up in order to provide a future for Kayce and grandson Tate (Brecken Merrill).

But he refused in order to keep a “promise” he made never to sell the Yellowstone Ranch – although given the events of season three, a new theory has worked out why now may be the best time. 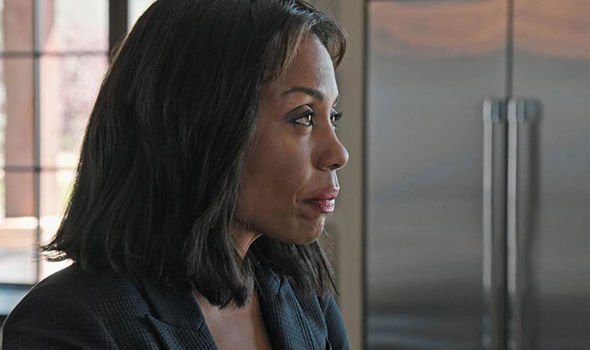 Given his family life is in tatters, John could seize the opportunity to take Market Equities’ money and set up shop elsewhere.

Taking to Reddit, one fan outlined exactly how this could all be possible.

The user 7ruby18 explained: “1) Sell the chunk of land that’s wanted for the airport.

“2) Lease a big piece for the surrounding city, leaving enough of a buffer around the ranch. 3) Start a dude ranch on part of the remaining land. The wranglers will then still have jobs.

“4) Charge dino hunters and tourists to dig up bones on the remainder of the land. Keep the bones and start your own dino museum and charge admission.

“5) Sit back and truly enjoy retirement while counting all of the money rolling in and going on adventures with Tate.”

Signing off the theory, the Yellowstone fan pointed out: “You’d get the best of all worlds.”

And it didn’t take long for others in the fandom to back the idea that John may finally cash in on the land given what’s happened to him.

“Yeah solid plan. Not sure I want to watch it though. Unless he starts p**ping Rip out as a full fledged hitman whacking people,” one weighed in. (sic)

While a second suggested another use for selling the land: “Sell some to the reservation.”

The theory has also received a number of ‘upvotes’ from other fans who clearly feel John may finally call time on the ranch and cut his losses.

But will John sell up following the attack on the Duttons in order to ensure the financial stability of his family? Or will he once again come out on top and keep hold of the land?