A year after his stunning retirement, Andrew Luck remains completely out of the spotlight

One year ago Monday, Andrew Luck announced his retirement. It was a few weeks prior to his 30th birthday, and at the time it was one of the most stunning sports stories of the year (this was pre-COVID, so everything is relative).

The questions flew … Why now? Will he come back? What’s Luck going to do?

And yet we should have known then that the cerebral and private quarterback likely wasn’t going to be filling in too many of the blanks for us.

A few offseasons ago I was invited to a commercial shoot at a minor league baseball stadium in a Chicago suburb that involved Luck and former NFL QB Doug Flutie, and I asked to speak to both. Luck politely declined, citing a tight schedule that day and, I was told, not wanting to take away from the attention on Flutie.

That was odd because Flutie had been retired for about eight years, and Luck was coming off a brilliant second NFL season. When Luck was getting on an elevator at the stadium, he saw me and quietly mouthed “sorry” as the doors closed, because he knew I had asked to speak to him.

How do you possibly get irritated at that?

And how would anyone be surprised that over the past year, Luck has simply folded into the societal swarm and virtually … disappeared?

Luck never seemed one for the spotlight, reticent to talk about himself and almost always deflecting attention elsewhere — to his teammates, his coaches, the opponents, just about anyone but himself.

Will he ever reemerge in the public eye? It’s bound to happen. But experience tells us that it will be more by accident or out of necessity if it does. 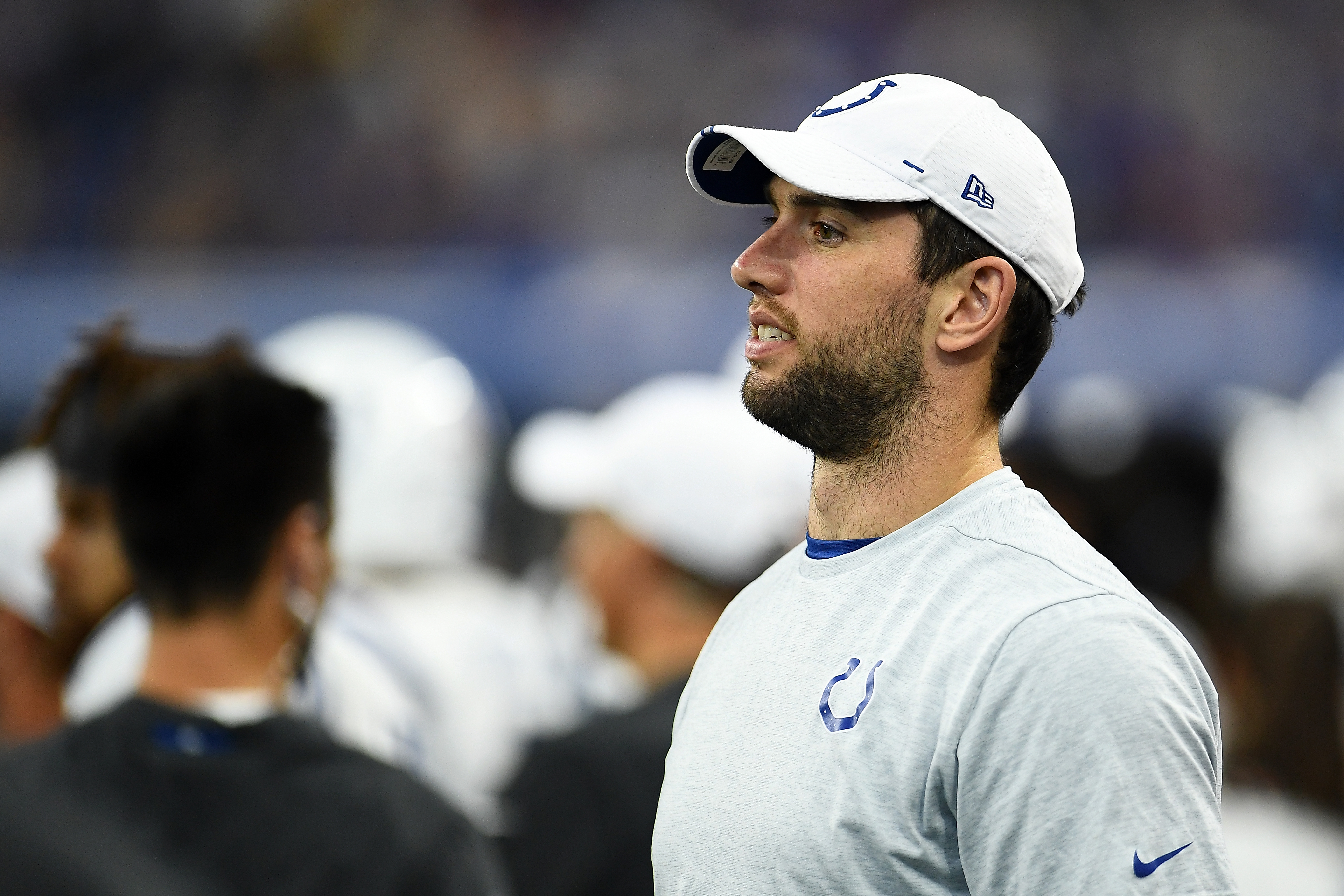 Training camp had opened for the Colts, and the expectations were high for them coming off a road playoff win and with Luck coming off a 4,593-yard passing season the year before. Some wondered if he ever would play again after shoulder troubles caused him to miss the entire 2017 season.

Rumors swirled about experimental procedures he had done in Europe, and the handful of public statements he made about his own health revealed some surprising candor and frustration from a man who was perhaps the most guarded and introverted NFL quarterback.

So when the news came out that Luck was done — with it breaking in the middle of a Colts preseason game, no less — it was an absolute bombshell.

Colts beat writers went from grading the on-field performances of future insurance salesmen to firing out words at breakneck speed on deadline.

Fantasy players who drafted Luck (like our own Frank Schwab, who selected him in a Yahoo Sports league hours earlier) were gobsmacked.

The following day, Luck confirmed the news that had hung in the air overnight: He was walking away from the game at age 29. He said he was “mentally worn down.” After the shoulder rehab, who truly could blame him? Even if some unfairly did anyway.

It was perhaps the most stunning and abrupt retirement the league had seen since Barry Sanders’ “fax heard ‘round the world” to his hometown paper, The Wichita Eagle, when Sanders “officially declare(d) my departure from the NFL” a few days before Lions training camp in 1999.

For Luck, an architecture fan-geek who ran his own book club, it wasn’t stunning that he has virtually disappeared from the spotlight. There were rumors of Luck doing some traveling. The book club reportedly still exists. He and his wife had a baby last November.

But those are only a few of the breadcrumbs we were left with. It’s not clear how many more we’ll get, or when they might ever come.

In January, the Colts seemed to close the door on Luck’s possible return when GM Chris Ballard definitively said, “Andrew is retired. I think we all need to accept that. That’s where he’s at. He’s retired.

“Do I talk to Andrew? Yes, I do. Haven’t talked to him here in a few weeks. I’m sure he’s been busy being a father.”

There would be no Ron Gronkowski-esque “I’m back, baby!” announcement.

Is it possible we never really hear from Luck again? Even that feels unlikely.

I spoke to an Indianapolis-based source (not with the Colts) at the NFL combine back in February who said that Luck had been bombarded with interview requests to revisit his decision to walk away. The source said Luck — politely, of course — punted on those.

But he supposedly was happy keeping a low profile he never really got to enjoy after his breakout as a star player at Stanford. Was he happier before that? Is he happy now? Maybe, but we’re going to have to wait for that confirmation. 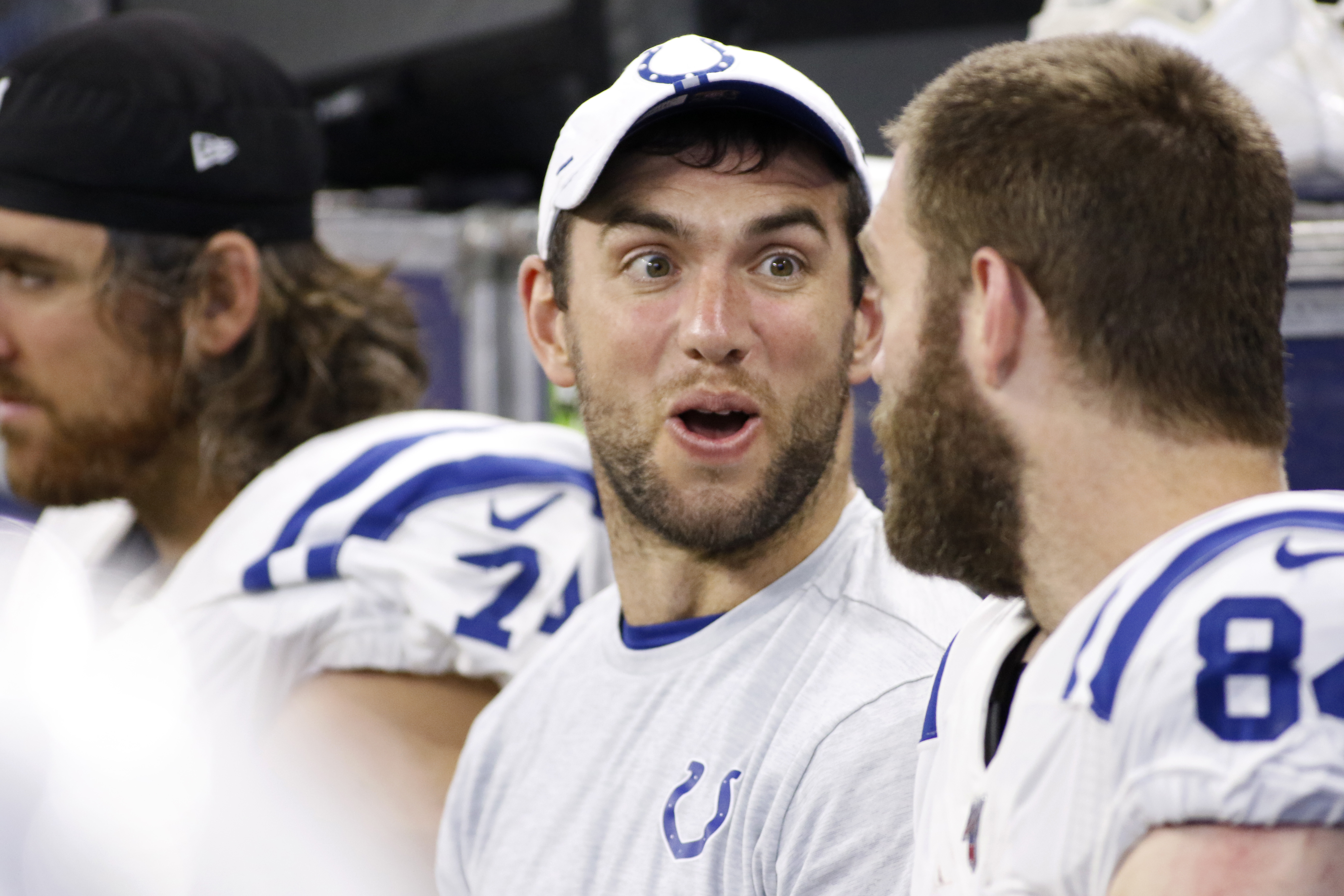 Despite dot-connecting this past winter that Luck might join his father, Andrew, in some form in the XFL, a reemergence in that forum felt pretty unlikely.

But in time, yes, Luck is likely to reflect on his brief but brilliant legacy as a football player, and eventually shed more light not only on what he went through in his decision to retire but also what he’s been up to since.

The fair guess is that his eventual answers will sound pretty tame to many who assume that NFL riches and fame are a dream anyone would aspire for. But for Luck, who never quite fit into that aesthetic, it wouldn’t be surprising to find out walking away was the best decision he made.

As brilliant a football player he was at his best, his imagination clearly ran freely elsewhere. Talk Xs and Os with him, and Luck plainly had an intellectual grasp on the matter. But bring up his other passions — books, architecture, politics, history — and Luck became a man more at ease. More comfortable.

He rarely walked red carpets. He used five-syllable SAT words in postgame press conferences. He avoided attention. He had a Civil War-era neck beard. He dressed like a broke grad student, not a man who earned more than $100 million in the NFL.

This wasn’t someone who appeared destined to be a football lifer, hanging around the league as a coach or announcer or the like. Luck acted like someone whose interests outside of the game were boundless, and he was ready to give them a try, even if walking away as he did clearly touched an emotional nerve.

Luck loved football, it seemed. But he also loved many other things.

So when you try to imagine how he might strangely reenter our lives, it’s fair to assume that it will come suddenly — and on his terms, when he’s ready. And then he might just disappear once more.