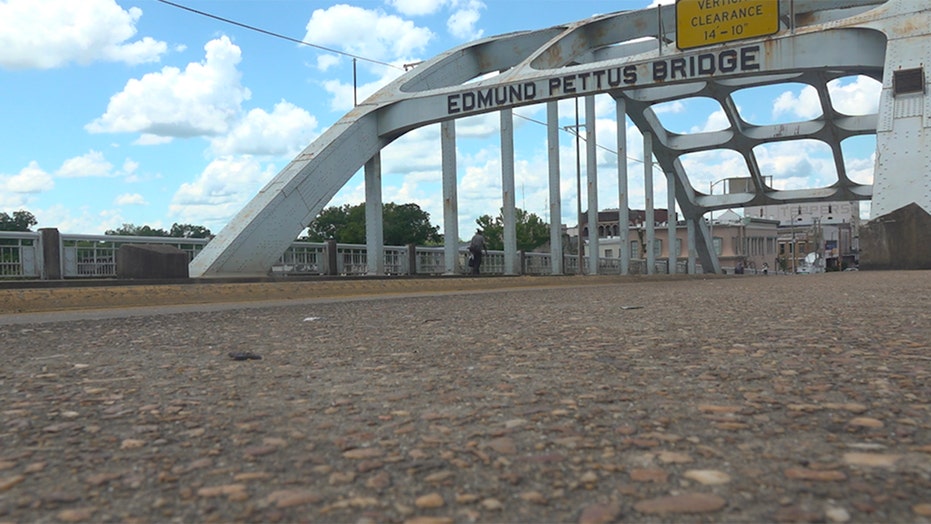 More than 500,000 people have a signed a petition to change the name of the bridge to John Lewis. Lewis led hundreds of marches across the bridge as he fought for Blacks civil rights. Some civil rights activists believe Lewis wouldn’t have wanted his name on the bridge but others disagree.

SELMA, Ala. – The death of civil rights icon Rep. John Lewis has sparked a national debate over the Edmund Pettus Bridge — a site of history, but one that’s named for a Confederate general and Ku Klux Klan leader.

Lewis led hundreds of marches across the bridge during the civil rights movement.

In 1965, Lewis helped lead the march from Selma to Montgomery, known as “Bloody Sunday.” Activists organized the march to demand equal voting rights for all. 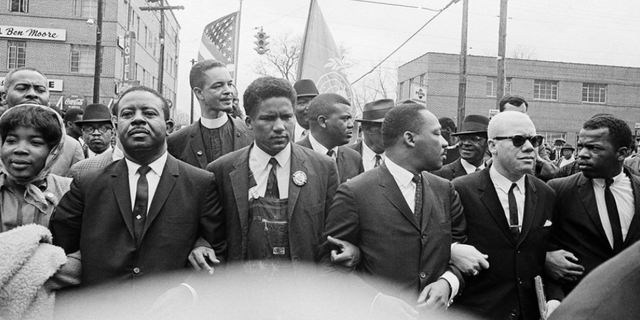 In this March 17, 1965, file photo, Dr. Martin Luther King Jr., fourth from left, foreground, locks arms with his aides as he leads a march of several thousands to the courthouse in Montgomery, Ala. From left are: an unidentified woman, Rev. Ralph Abernathy, James Foreman, King, Jesse Douglas Sr., and John Lewis.
(AP, File)

TRIBUTES POUR IN FOR CIVIL RIGHTS ICON AND US REP. JOHN LEWIS: 'WE HAVE LOST A GIANT'

Civil rights activist Joanne Bland was 11 years old when she marched on the Edmund Pettus Bridge with Lewis over 50 years ago. 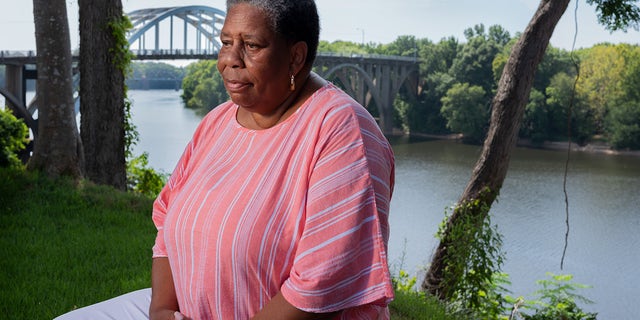 The bridge is named after Edmund Pettus, a Confederate general and KKK member. Now, over 500,000 people have signed an online petition to change its name.

Still, Bland said the name of the bridge should remain the same.

“Every time a group of people walk across that bridge for voting rights, he’s rolling in his grave. That may not make sense to a lot of people, but it makes sense to the people of Selma and the people who were on that bridge that day,” Bland said. 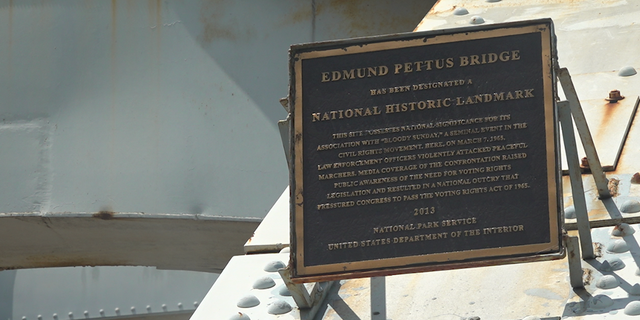 TRIBUTES POUR IN FOR CIVIL RIGHTS ICON AND US REP. JOHN LEWIS: 'WE HAVE LOST A GIANT'

Across the country, Confederate monuments have come down in the wake of the Black Lives Matter movement. Selma tourism manager Lydia Chatmon said the removal of monuments was different than changing the name of the historic bridge.

“Those monuments, the names of schools, those are easy changes. Those are different changes because that wasn’t the site where people like John Lewis were attacked, but the Edmund Pettus Bridge was,” Chatmon said.

She added that changing the name of the bridge could hurt tourism in Selma. 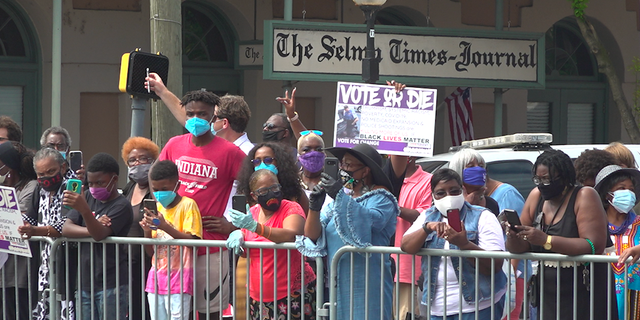 However, changing the name of the bridge would be difficult because of the Alabama Memorial Preservation Act.  Under the act, the state of Alabama must approve renaming historical monuments that are 40 years or older.

“It was like 600 people there… what do you do with the other names?” Bland asked.

She said John Lewis wouldn’t have wanted anyone to be left out. 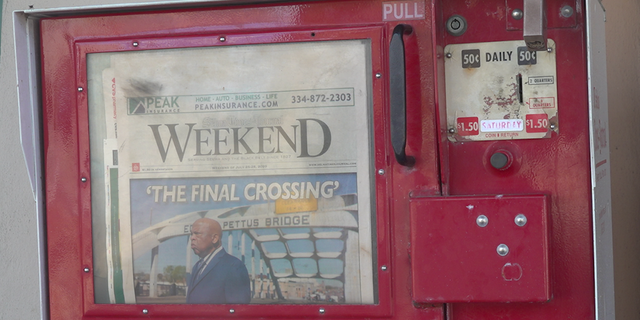 A newspaper in Selma featuring John Lewis on the cover.
(Fox News/Jayla Whitfield)

“He understood that he was not the only one, he wasn’t on that bridge by himself,” Chatmon said.

The list of those calling for the bridge to be renamed also included Pettus’ great-great-granddaughter. She said naming the bridge for John Lewis would mark a symbol of progress.