Albanese ends year on top, but 2023 is unlikely to be so kind

Anthony Albanese heads towards Christmas with inflation, interest rates and power prices all high. But, comfortingly for Labor, his own popularity is up there too.

The objective circumstances in which the government finds itself sit somewhere between challenging and confronting. Politically, however, it could hardly be in a better place, as this week’s Newspoll and Resolve poll testified. 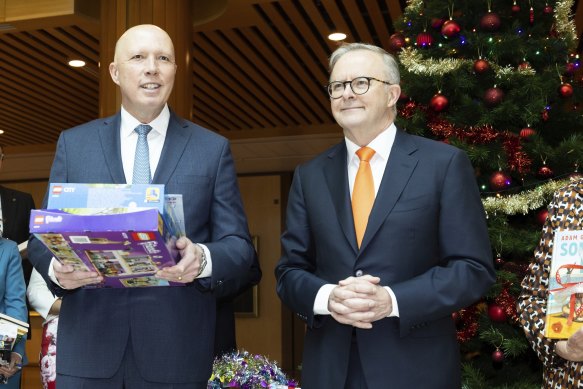 The electorate, though starting to feel some pain, remains very content with the government and its leader. For now, its angst is focused on others.

God bless Scott Morrison, Labor must say to itself daily, as the former prime minister remains a recurring reminder of the bad old days of a disorderly government.

Morrison was censured by parliament last week over his multi-ministries and next week will give evidence at the royal commission into Robo-debt, a scandal that spanned the period during which he was social services minister, treasurer and prime minister. In terms of the impact on people’s lives, Robo-debt puts the “power grab” into the shade.

If Morrison’s name “triggers” many of the public, so does – for very different reasons – that of Reserve Bank Governor Phil Lowe. In the past, those facing mortgage squeezes bared their teeth at governments, whether justifiably or not. Few had a clue who the bank’s governor was. But Lowe has been visible and loose-lipped, and he’s now a prime target.

Lowe is under fire from some economists for not moving fast enough to raise rates. However, it was his unwise prediction that rates wouldn’t increase before 2024 that has brought him the public backlash, especially from those who borrowed on that basis and now regret it. 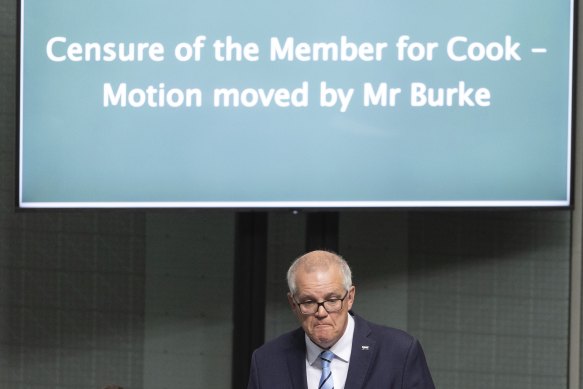 Albanese and Treasurer Jim Chalmers know the government’s teflon coating won’t last indefinitely. Interest rates will bite deeper as people come off fixed mortgages, and run down their savings accumulated from government funding during the pandemic. Lowe will be gone sometime next year. The finger-pointing will likely shift.

Labor is delivering with gusto on its election promises. 2023 will see, with fanfare, the childcare reforms start and the integrity commission begin operating.

But come December 2023, will energy prices for households and businesses be manageable? Will the inflation dragon be at least half-slain? Will people still be patient, even though their real wages will likely not have started to rise?

Much will hang on the May budget, for which work has begun, with the expenditure review committee meeting this week. It will be harder to frame than its modest October forerunner.

The fat left by Coalition programs has already been sliced away. So, the cuts, needing to go to areas such as the National Disability Insurance Scheme, will be more controversial.

There’ll be pressures to spend too, notably on health, where there are major problems throughout the system and agitation from the states. And the Fair Work Commission’s wage increases for aged care workers will have to be funded.

The budget’s run-up will see a renewed tricky debate about the stage three tax cuts.

On the upside, commodity prices, still likely to be high, will give another bonus for the bottom line.

During 2023, much political attention will be on the Voice referendum. If the Voice is passed, the government will get a lot of praise, but the story will quickly fade. The average voter will be a lot more focused on their personal situation.

By this time next year, the government will be halfway through its term. It will be turning its eyes towards the 2025 election.

Albanese has made it clear he’s set on a long game, regarding the first term as only a pipe-opener for the second. His recipe is orderly government, a clear agenda that increasingly picks up its ambition while not frightening the horses, and strong, controlled messaging.

On the latter, the government is relentless, believing it’s dangerous to leave any media vacuum. A bevy of ministers blankets the media daily, regardless of whether there’s much fresh to say. 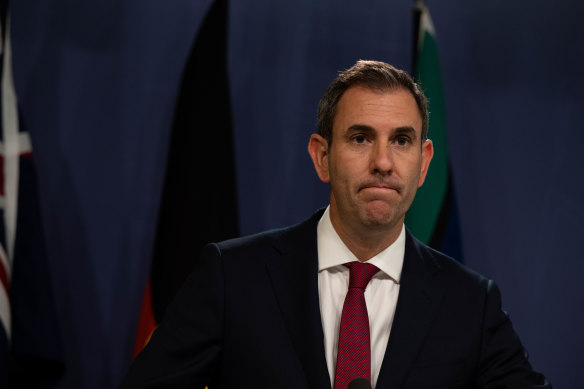 The May budget will be harder for Treasurer Jim Chalmers to frame than the modest one in October.Credit:Janie Barrett

This week saw the release of Labor’s election post-mortem, which not only picks over what happened but highlights the weaknesses to be addressed before the next contest.

The background is an increasingly fluid electorate, where major parties have been losing their grip on voters, and the under-40s are supplanting the political pre-eminence of the baby boomers.

Labor’s report is sub-titled “An opportunity to establish a long-term Labor government”. It emphasises the key is “delivery”, especially to Labor’s heartland voters.

Despite Labor’s success, this heartland vote has eroded in parts of outer suburban Melbourne and, to a lesser extent, parts of western Sydney.

Warning these communities “must not be taken for granted”, the report says: “The unusually disparate results in individual seats, regions and states reflect the political turbulence of recent years and the frustrations of many voters.″⁣

“While the results do not represent a permanent realignment of Australian politics, the loss of support for Labor in heartland areas, as evidenced once again in the recent Victorian state election, is cause for significant concern.”

Labor has had big buffers in heartland seats. But with the notion of “safe” seats now becoming outdated, once these buffers are reduced, seats can quickly morph into marginal. Add to this voters’ close scrutiny these days of individual candidates, plus the growth of the “community candidates” movement, and all sorts of seats are actually or potentially vulnerable.

The Liberals were the victims of this vulnerability at the May election. But Labor isn’t immune.

The defeat of Labor’s high-profile Kristina Keneally by local Vietnamese-Australian Dai Le in the Sydney seat of Fowler can be seen as a one-off, or as delivering a wider message.

RedBridge’s Kos Samaras (a former Labor official) noted this week in a tweet that the “tactical voting” which was a feature in the teal seats wasn’t just confined to them.

“It’s far more prevalent among Millennials and Gen Z, right across the country. Hence, the willingness of voters to tactically vote to turn safe seats into marginals. Therefore, getting more attention as a result.”

Apart from shoring up the heartland, the Labor report also says the party needs strategies for improving its performance in Queensland and Tasmania, and to retain the clutch of extra seats it secured in Western Australia.

WA could be particularly difficult next time. Albanese was greatly helped by the strong anti-Morrison, pro-McGowan sentiment arising from the COVID border wars. He won’t have that advantage in 2025.

To give itself some insurance, Labor needs to win seats at the election, not just hold what it has.

This far out, the risk for Albanese doesn’t seem that of being toppled by Peter Dutton. Rather – given Labor is in majority by a whisker and governments often lose seats at their first election – the more likely danger is that if things went badly in just a few places, the government would fall into minority. A development that would complicate Albanese’s pursuit of his ambitions.

The Opinion newsletter is a weekly wrap of views that will challenge, champion and inform your own. Sign up here.