A DESPERATE search is underway for twin baby boys who were abducted during a shooting.

An Amber alert was issued for six-week-old twins Matteo and Lorenzo on Tuesday afternoon. 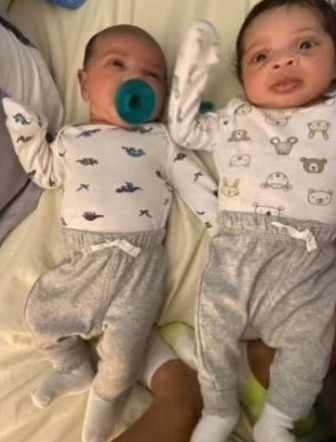 The warning was issued after a shooting happened at roughly 10.20am at a home in Savannah, Georgia.

One woman was reportedly seriously injured, and the boys were taken from the home.

Police are now looking for a suspect – who is a black woman in her 30s, whose name might be Kathleen.

She is reportedly traveling in a white sedan nad the boys are believed to be in extreme danger.

Anyone with information on the missing children is asked to call 911.