English football thugs have clashed in Portugal ahead of the Champions League final tomorrow.

Supporters brawled on the streets of Porto before Manchester City battle Chelsea for the coveted trophy.

Shocking footage shows two gangs face off above a Metro stop as they yelled expletives at each other.

The 30-strong crowd descended into violence when a bar stool was hurled back and forth between the sides.

Two men traded blows near the escalator entrance to the public transport network – with the others rushing over to intervene.

One of them was left sprawled out in the road as his mates rushed past him to get revenge. 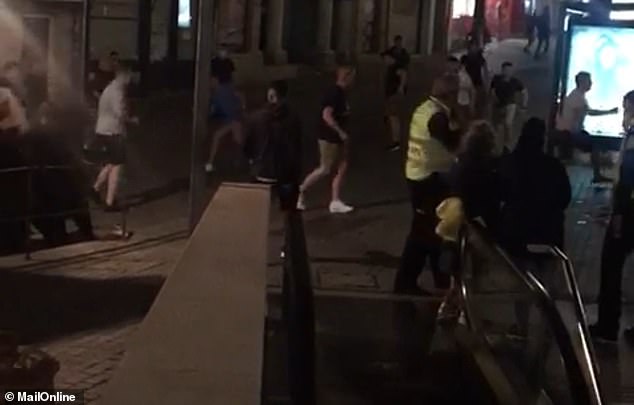 The thugs continued their fight into the main road as cars blasted their horns as they tried to dodge the fighters during the melee last night.

The footage ended as the groups kicked what appeared to be a dustbin across the street at each other.

A second clip shows the men trading blows down the road from the first fight while glass bottles were hurled and shattered on the pavement.

Local riot police were said to have been called and pulled the two groups apart to end the fighting.

A witness told MailOnline: ‘We walked around the corner and saw the two different groups fighting.

‘The groups sounded British but it was hard to say what team – and I didn’t want to get close enough to find out.

‘The riot police turned up just after the video to separate the two groups and that’s when we walked off.’ 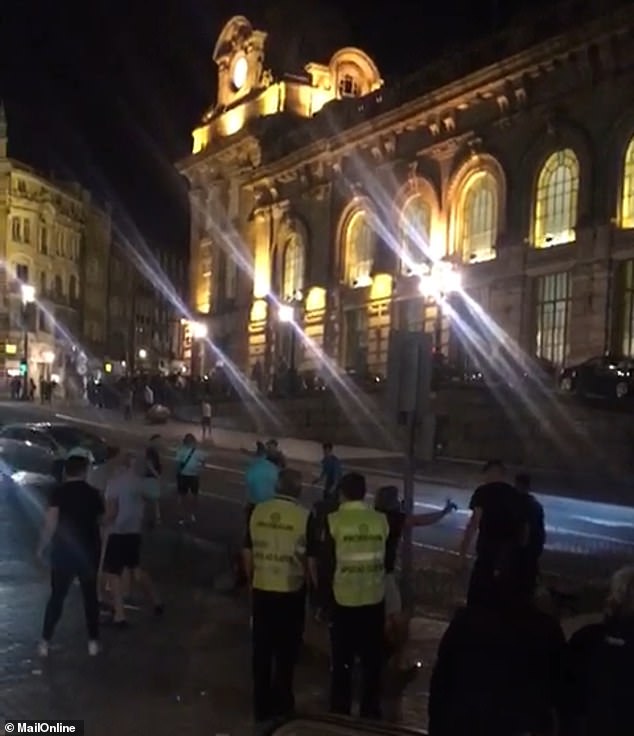 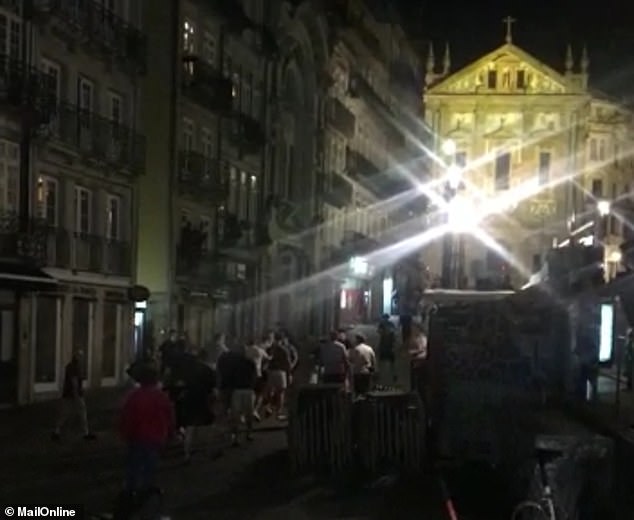 Elsewhere there were other clashes between fans across the city last night as Britons flew out for tomorrow’s match.

Supporters locked horns with local police after they spilled out of bars when they shut at 10.30pm.

One clip showed a chaotic scene with a number of people running across a road, while horns blared and yobs yelled.

Chelsea and City fans reportedly clashed with Porto police and each-other in altercations that could lead to heightened security being deployed on the streets.

It follows similarly scenes on Wednesday night when Manchester United and City fans fought and had to be broken up by baton-wielding military police. 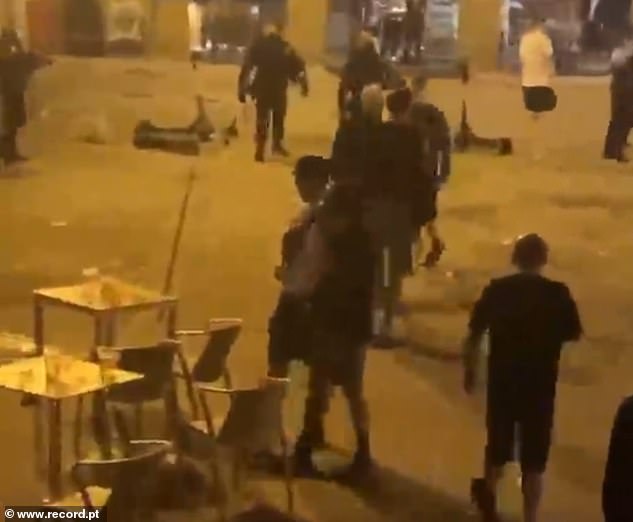 Their jubilation in an Albufeira resort rubbed salt in the wounds for United fans and trouble flared up in popular district bar Oura.

A witness told the Sun: ‘That set off pushing and shoving followed by fighting in the street. Military police had to wade in with batons to break it up.’

There were no serious injuries and there are no reports of anyone being arrested or charged.

United fans watched their side lose against underdogs Villarreal on Wednesday in Gdansk.

City are preparing to face familiar Premier League foes Chelsea in the Champions League showpiece in the Estadio do Dragao tomorrow. 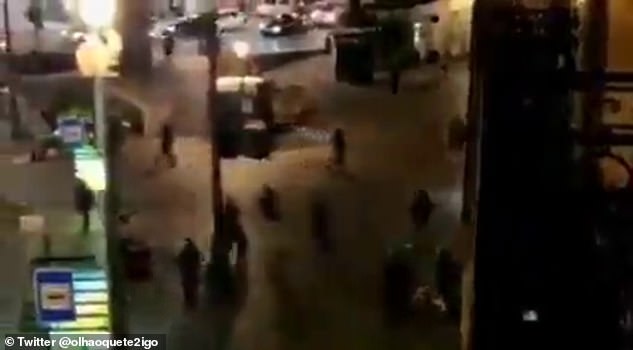 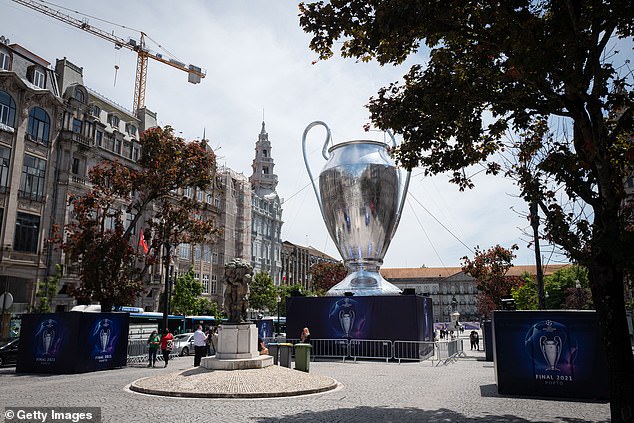 But many more have travelled either in the hope of finding a ticket or simply to be in close proximity to the action while on holiday.

Fans have to have proof of a negative PCR Covid test to enter the venue carried out from May 26 or lateral flow test from May 28.

The game was originally supposed to take place in Istanbul, but the UK put Turkey on the red list.

Many fans will take day trips on Saturday to the final and will be escorted to and from the stadium and airport to limit exposure in a Covid bubble.

There are others arriving in Porto who are not restricted by those measures who the police are said to be keeping a close eye on.

Portugal was one of only a handful of countries added to the UK’s ‘green list’ of places to travel from May 17.

But hundreds of thousands of Britons may use a loophole to fly there before travelling over land to their second homes in Spain, France and Italy.

The opening up of flights saw a rush of people jetting to Faro, Porto or Lisbon but there was nothing to stop them renting a car and driving into Europe.