Anti-vaxxer nurse who spread 'distorted propaganda' is struck off

Shamed anti-vaxxer nurse who spread ‘distorted propaganda’, compared lockdown to the Holocaust and said vaccination teams should be renamed ‘death squads’ is struck off

A shamed anti-vaxxer nurse who spread coronavirus conspiracy theories and compared the NHS to the Nazis has been struck off.

Kate Shemirani used her status as a health professional to spread ‘distorted propaganda’ about the Covid-19 pandemic.

She claimed that symptoms of the virus were caused by 5G and that vaccines were ‘rushed through’ because ‘they want to kill you’.

Employing ‘inflammatory and derogatory language’, the campaigner said nurses were complicit in genocide, said vaccination teams should be renamed ‘death squads’ and referred to the NHS as the ‘new Auschwitz’.

The mother of four from Nottingham saw her social media accounts taken down and was suspended from the Nursing and Midwifery Council in July last year for spreading misinformation. 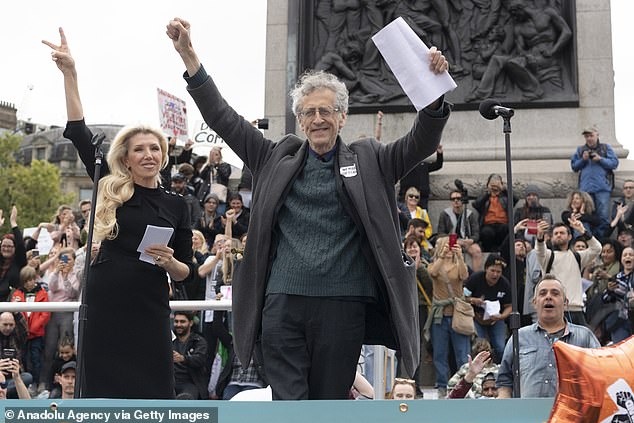 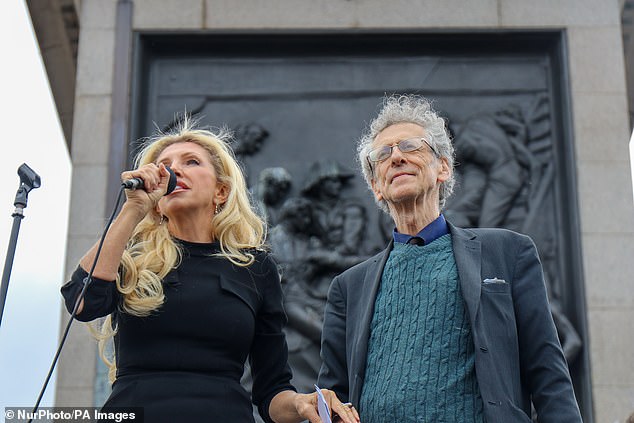 Shemirani (pictured with Piers Corbyn) used her status as a professional to spread ‘distorted propaganda’ about the Covid pandemic, a panel of the Nursing and Midwifery Council found

Now a NMC Fitness to Practice Committee has ruled that her misconduct was so serious that she should be struck from the nursing register permanently.

In its ruling, the chair of the panel found that Mrs Shemirani ‘attempted to encourage people to act contrary to public health guidance issued by the UK government by spreading this information through social media platforms and at public events’.

The panel heard that Mrs Shemirani first joined the NMC register in June 1986 and had previously worked in the NHS but now describes herself as an ‘aesthetic nurse practitioner’.

The NMC received a ‘significant number of referrals’ about her conduct last year as she became a leading activist, speaker and promoter against vaccines and the existence of Covid-19.

She used her social media brand ‘Kate Shemirani – Natural Nurse in a Toxic World’ to spread her dangerous opinions, often referring to herself as a registered nurse and wearing a nurse’s uniform in her videos.

The panel heard her describe face masks as ‘dirty rags’ and ‘muzzles’. She claimed they ‘do not stop viruses’ and that ‘wearing a mask makes people very sick and increases the risk of bacteria and the risk of infections’. 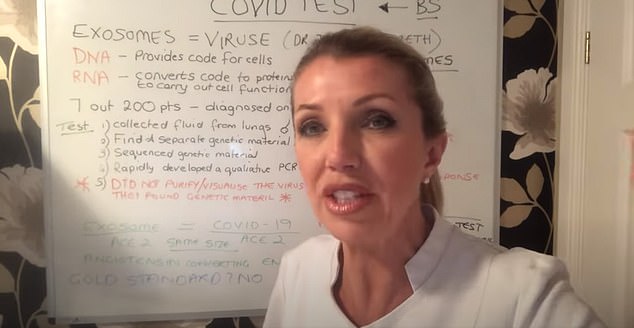 According to her, ingredients in vaccines include ‘acetone and aborted foetal cell tissue that turns into cancer’.

She said the HPV ‘kills girls on the spot’ and described the Covid-19 vaccines as ‘downright deadly’, adding that ‘there is no C-19 other than the one pre loaded into a syringe’.

She was interviewed on main stream national media networks as a leading ‘anti-vaxxer’, including on BBC One Panorama, Sky News, and ITV Wales. 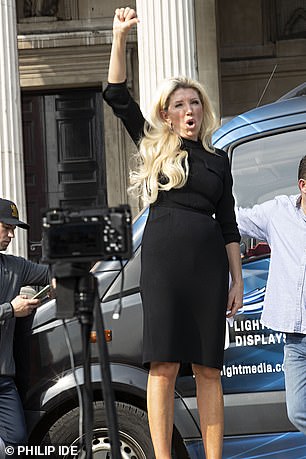 At a mass rally of coronavirus-deniers in September, Shemirani, who was in charge of the mic, directed yobs to confront riot police

At a mass rally of coronavirus-deniers in September, the former registered nurse directed yobs to confront riot police.

The 54-year-old, who was in charge of the microphone at the event, repeatedly urged male demonstrators to confront groups of police officers in the square.

During increasingly ugly scenes a Mail on Sunday photographer was surrounded by a group of screaming protesters and had his face mask ripped off.

At an interim hearing held by the NMC last July, she was represented by Mark Steele, a campaigner against 5G phone masts.

At the hearing, both Miss Shemirani and Mr Steele attacked the panel for not wanting to hear their ‘facts’ about vaccines and 5G.

Mr Steele accused the nursing regulator of being complicit in genocide, it is claimed.

Miss Shemirani said nurses who made accusations against her did so because they were overweight and jealous. She added: ‘We all know what women can be like.’ 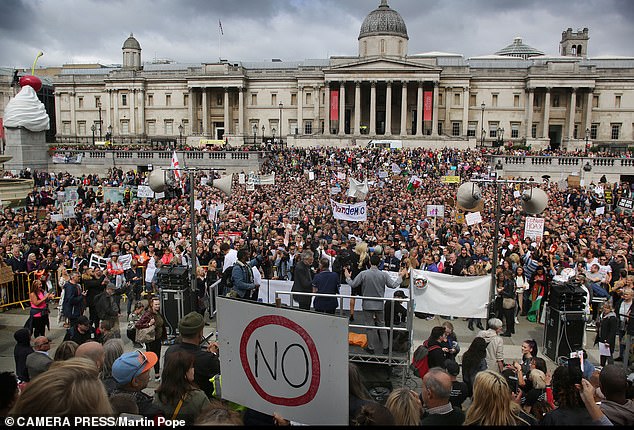 Pictured: Thousands of people, including anti-vaxxer Shemirani who spoke to the crowd, met at the Unite For Freedom rally from Trafalgar Square to Downing Street in September last year

She posted ‘the Nurse vaccination teams need to be renamed DEATH SQUADS!’ and claimed the NMC was working to ‘murder the old, infirm, disabled, vulnerable and sick’.

She claimed: ‘We are now in possession of enough evidence against the NMC in relation to the facilitation of the TERRORIST AGENDA TO COMMIT GENOCIDE.’

The panel saw how she spoke about the ‘Nazification of the NHS’ and claimed ‘The NHS is the new Auschwitz’ while referring to healthcare professionals as ‘Nurses and Drs of The Third Reich’.

The panel heard that an Ofcom investigation was opened after she was interviewed on Uckfield FM.

Ofcom said: ‘Listeners would have been particularly vulnerable to any misleading or unsubstantiated claims that could be potentially harmful to them, at a time when they were highly likely to be seeking information about how to protect themselves and others from the spread of the virus.’

She attended an anti-Covid protest in London’s Trafalgar Square on 19 September 2020 and protests in London on 20 and 29 August 2020.

Nicola Jackson, chair of the committee, said: ‘Mrs Shemirani had attempted to encourage people to act contrary to public health guidance issued by the UK government by spreading this information through social media platforms and at public events.

‘She had actively discouraged people from wearing masks, adhering to social distancing, and taking vaccinations.

‘The panel was clear that Mrs Shemirani had no appreciation of the consequences of her actions, which clearly have the potential to adversely impact upon the health and wellbeing of the general public, which significantly undermined official health advice and which were deeply offensive to other healthcare professionals working tirelessly to help save lives during the Covid-19 pandemic.

‘Mrs Shemirani has not shown any remorse, nor given any explanation for repeatedly spreading misinformation.

‘The panel noted that Mrs Shemirani appears to see herself as some sort of standard-bearer, referring to herself as a ‘Natural Nurse in a Toxic World’, but determined that this could not be further from the truth.

‘Mrs Shemirani has used the Covid-19 pandemic as an excuse to promote her own distorted version of events. Mrs Shemirani makes incorrect and outdated comments on pharmacological improvements, and presents in a dramatic and hysterical fashion to garner interest.

‘The panel considered Mrs Shemirani to have been deeply offensive to the nursing and medical professions, by using inflammatory and

derogatory language to describe other nursing and healthcare professionals.

‘Mrs Shemirani is using her nursing status as a way of endorsing her own distorted propaganda.’

The panel ruled that Mrs Shemirani’s fitness to practise as a registered nurse was impaired on both public protection and public interest grounds and struck her from the register.