Wellington: New Zealand Prime Minister Jacinda Ardern told world leaders and tech firms that if they were looking to stamp out violent extremism online they needed to better understand the social media algorithms that drive content.

Ardern was speaking at a virtual summit to mark the second anniversary of a global initiative to end online hate — the Christchurch Call — launched by her and French President Emmanuel Macron in 2019 after an Australian white supremacist killed 51 people at two mosques in the New Zealand city of Christchurch while live-streaming his rampage on Facebook. 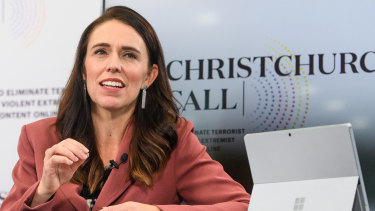 Since then more than 50 countries, international organisations and tech firms have supported the initiative including Facebook, Google, Twitter, Microsoft and Amazon.

“The existence of algorithms themselves is not necessarily the problem, it’s whether or not they are ethically used. That is one of the biggest focus for the community over the next year alongside expanding the network itself,” Ardern said after the forum.

Ardern said major tech firms had expressed a real desire at the forum to use algorithms for positive interventions. She, however, did not elaborate on how firms would change the use of algorithms that drive harmful content and lead to radicalisation.

She said part of the solution also came in better equipping a younger generation of internet users to have the skills to deal with radical content and disinformation when they encounter it online.

The Christchurch Call was joined for the first time by the United States, which made a policy change two years after the administration of former president Donald Trump declined to participate citing free speech concerns. 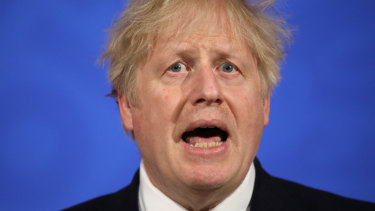 The event was attended by global leaders including Macron and British Prime Minister Boris Johnson.

Macron said the internet had continued to be used as a tool in recent attacks in the US, Vienna, Germany and elsewhere. He said it could not happen again, and new European regulations against extremist content would help.

Johnson said in a prerecorded video that authorities in his country alone had taken down more than 300,000 pieces of terrorist material from the internet over the past decade, which he described as a tsunami of hate.

He said terrorist content was “like a metastasising tumour within the internet. If we fail to excise it, it will inevitably spread into homes and high streets the world over.”

The agency responded to more than 140 incidents since 2019 with member companies sharing information and situational awareness to understand if an attack has a particular online dimension, it said in a separate statement.

Although the US only officially joined the Christchurch Call this year, it had been consistently contributing to the effort, Ardern said.

“Countering the use of the internet by terrorists and violent extremists to radicalize and recruit is a significant priority for the United States,” White House spokeswoman Jen Psaki said in a statement. She also stressed the importance of protecting freedom of expression and “reasonable expectations of privacy.”