ARNOLD Schwarzenegger has hailed Boris Johnson as the "real deal" in his passion for saving the planet – and said he can't wait to go for beers in Glasgow when he comes to the COP26 summit this year.

The Terminator star and former bodybuilder, 73, heaped praise on the PM's bike borrowing scheme and said he "can't wait to be part of the action" when he flies into the major climate conference in November. 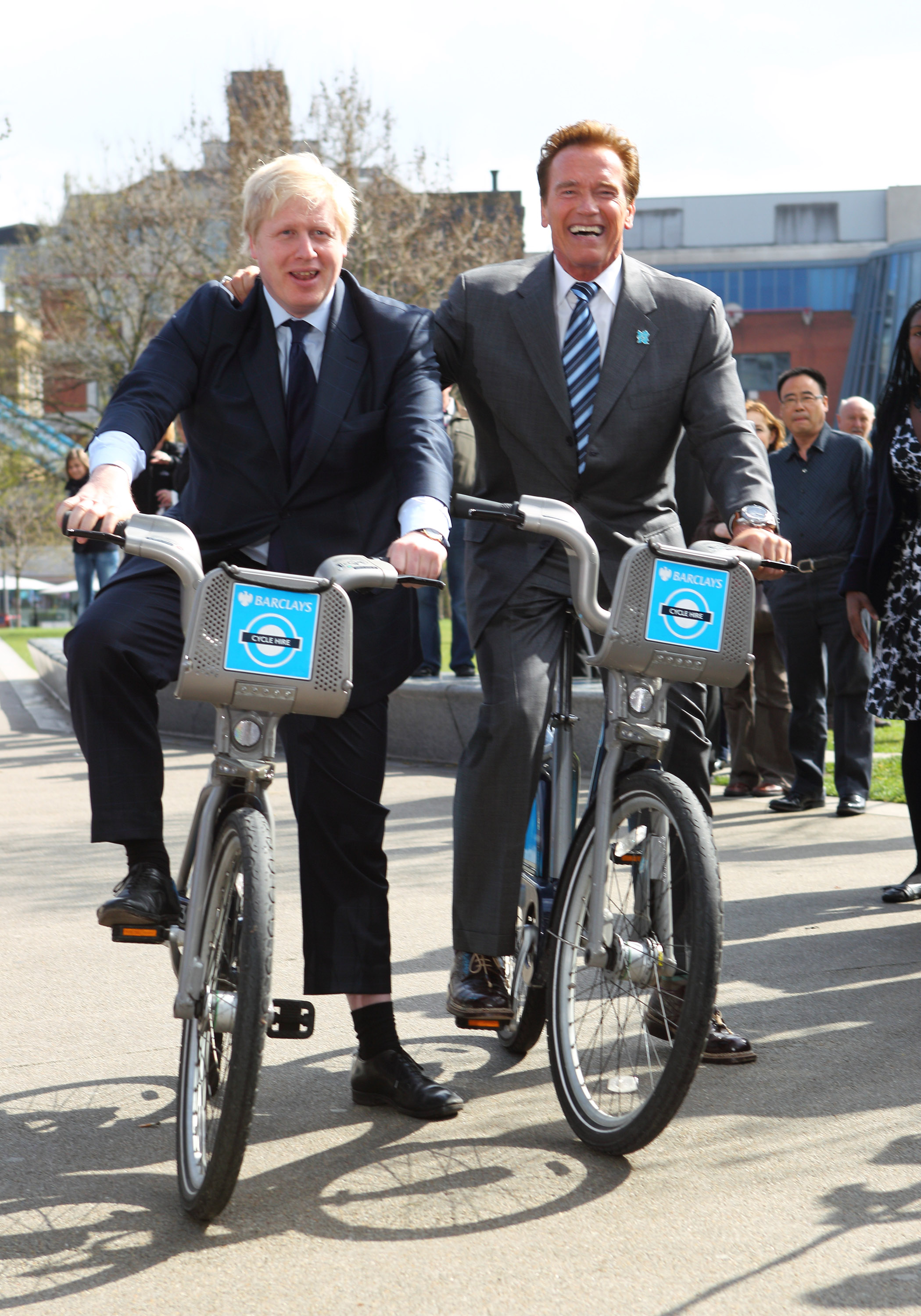 It came as ministers revealed Britain has smashed new wind power records this month – with nearly HALF of the country's electricity generated by wind turbines.

Sipping on a British beer during a chat with COP President Alok Sharma, he joked that no one knew what COP26 meant, but backed the PM for his genuine vow to look after the planet.

He said: "It just shows you how someone's idea can really spread worldwide, they have it in Paris, South Africa, Japan, South Korea…

"So he is really the real deal and he really believes in it and that's what I love about him."

Arnie told Mr Sharma: “When you come, we will be able to have a few beers together as well in one of our local pubs and you'll enjoy that.”

In an episode of his Stammtisch video series, he recalled when Boris was mayor and started the wildly popular Boris bike scheme and the pair rode around London to show them off.

The ex-Governor of California said the conference would be a huge success because of the PM's passion about the climate, adding: "I think that's why your conference is going to be successful, because with his backing, and with your knowledge and your passion and all that stuff, I think it's going to be great."

Mr Sharma stressed the PM was "completely focused" on the climate and added: "I very much hope by the end of this year everyone does know what this is."

Arnie said he "can't wait" for the COP President to take him for a pint when he pops over to Glasgow for the landmark summit in November, which will see nearly 200 countries gather to make huge promises to help protect the environment and stop climate change.

It came as Mr Sharma took a swipe at China last night for not acting quickly enough to tackle climate change.He told MPs yesterday: "We need the Chinese system to deliver on President Xi's commitments with more urgency."

China is one of the world's biggest polluters and is lagging behind Britain and the US in its goals to tackle climate change.