Australian woman's fears for mum on board coronavirus death ship

A terrified Brisbane woman has lost all contact with her elderly mother, who is one of 135 Australians stranded on a coronavirus-stricken cruise ship in Central America that is being refused permission to dock.

Shirley Maclaren is a passenger on the Holland America Line Zaandam ship stranded in the Pacific Ocean off the Central America coast after it was repeatedly refused permission to dock because four passengers on board have died from coronavirus, two more have tested positive and around 100 board are reportedly unwell.

Some passengers were transferred to another ship on Saturday, after the vessel was given permission to pass through the Panama Canal and head toward the U.S. east coast in the hope of being given harbour.

Ms Maclaren, who has pre-existing health conditions, hasn’t been in contact with her worried daughter Jodie McNamara, 30, for at least 22 hours. 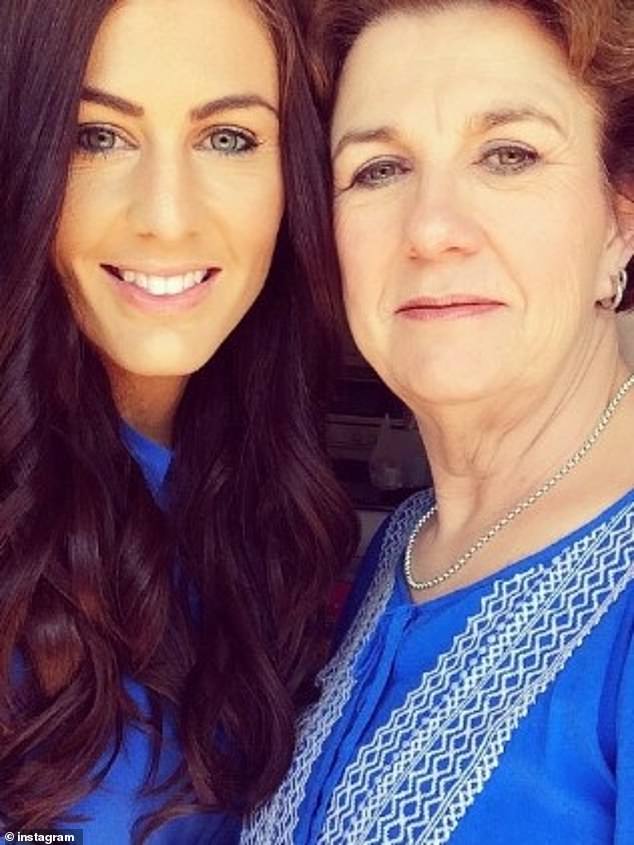 Jodie McNamara (left) is worried about her mother Shirley Maclaren (right), who is stuck on board the virus-stricken Zaandam

‘She is trapped in her room and now I think they have been cut off from communicating,’ the Brisbane woman told the Daily Telegraph.

‘My mum is not a risk-taker or a daredevil. She started this cruise on the last day of February, before things were this bad. She would never want to put herself or anyone at risk.

‘I’m angry, they’re not being allowed off the ship, these people are humans and they are not being treated that way.’

The last Ms McNamara heard from her mother was in a series of heartbreaking text messages as she tried to update her family on the situation.

‘I love all you more than you ever understand,’ one text from Ms Maclaren read.

Another indicated she was still stranded on the ship.

‘They haven’t said when, just not today,’ the text read. 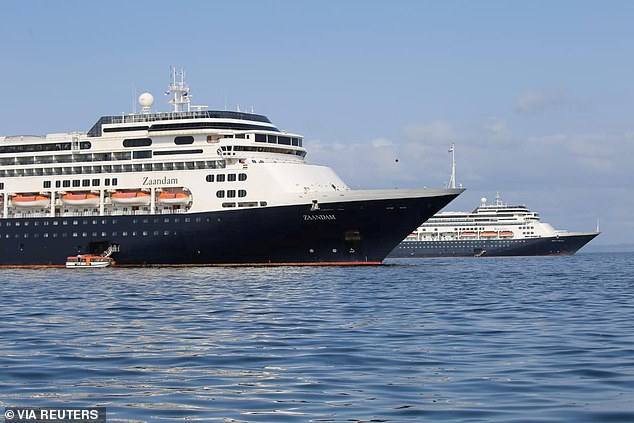 Holland America Line cruise ship MS Zaandam has been stranded in the Pacific Ocean, unable to dock. Pictured is passengers boarding a lifeboat  to be transported to her sister ship Rotterdam (pictured right)

Australian retirees David and Fiona Grant are also on board, isolated in their ‘cell-like’ windowless room for the last 12 days.

The only fresh air they’re allowed to have is a daily 30 minute walk on the deck.

‘It was meant to be our holiday to end all holidays, but the rest has been cancelled now, it’s a nightmare,’ Mr Grant said.

A Department of Foreign Affairs and Trade spokesman told the Daily Telegraph passengers still on board the Zaandam were expected to be removed over the next two days.

The Zaandam had been stuck in the Pacific Ocean since March 14 after several South American ports refused to let it dock as illness spread among the 1,800 people on board.

The ship’s Dutch owner Holland America confirmed on Friday four passengers had died and two more had tested positive for the deadly virus.

More than 100 passengers and crew have flu-like symptoms.

‘Holland America Line can confirm that four older guests have passed away on Zaandam,’ the statement said.

‘Our thoughts and prayers are with their families and we are doing everything we can to support them during this difficult time.’

It did not identify the cause of death.

The company confirmed reported permission for both Zaandam and Rotterdam to transit the Panama Canal ‘in the near future’ in a later post.

‘We greatly appreciate this consideration in the humanitarian interest of our guests and crew. This remains a dynamic situation, and we continue to work with the Panamanian authorities to finalise details,’ a Facebook post on Saturday night read.

Panama had initially refused the ship permission to go through the canal, but later reversed that ‘to provide humanitarian help.’

Another ship, the Rotterdam, has since arrived off the coast of Panama from San Diego carrying food, medical staff, testing kits and medicine for the beleaguered vessel. 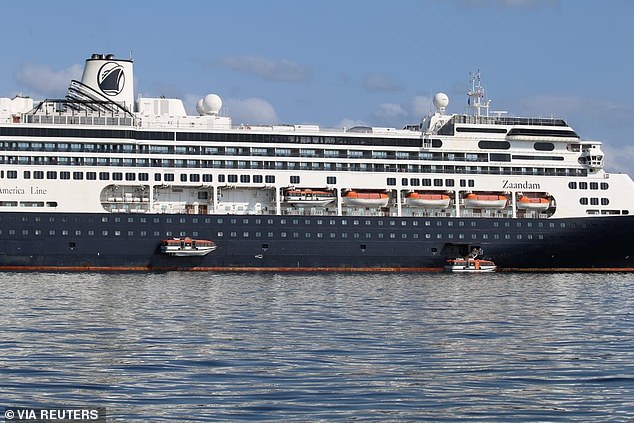 Passengers showing no signs of the virus were ferried from the Zaandam to the Rotterdam on Saturday, a French tourist told AFP by telephone.

‘It’s like emptying a bathtub with a teaspoon,’ she said.

‘The (life) boats can hold about 100 people, and they are putting about half in at a time. That’s why it’s going slowly.’

The Zaandam cruise liner left Buenos Aires in Argentina on South America’s east coast on March 7 and was supposed to arrive two weeks later at San Antonio, near Santiago in Chile on the continent’s west coast.

Since a brief stop in Punta Arenas in Chilean Patagonia on March 14, it has been turned away from several ports after reporting the illness on board.

People who were ill and those who had been in contact with them will not be transferred to the Rotterdam.

After passing through the canal, the Zaandam will head to Fort Lauderdale in Florida, where the remaining passengers were hoping to get clearance to disembark, according to Holland America and Panamanian officials.