Australia's state and territory chief health officers have backed Queensland's strict trigger for reversing hotspot declarations, which stop people from those areas travelling to the state without a special exemption.

In a letter sent to some state premiers and chief ministers, seen by Brisbane Times, the nation's health panel has outlined its draft definition for a COVID-19 hotspot ahead of the national cabinet meeting on Friday. 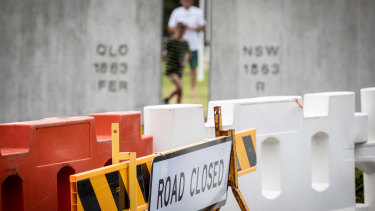 The Australian Health Protection Principal Committee, a panel made up of all state and territory chief health officers and chaired by the national Chief Medical Officer, will have the power to declare hotspots.

The panel has set out three proposed definitions for COVID-free, controlled and community transmission zones.

A COVID-free zone would be an "area that has no locally acquired cases that pose a risk to the community in the previous 28 days".

A controlled zone is an area with locally acquired cases in the previous 28 days, but where authorities have been able to trace how someone contracted the virus.

A community transmission zone, known as a hotspot, will be determined by the AHPPC rather than individual states.

"It is an area where the disease is spreading in the community and cases are acquired locally but the source of infection for a proportion of cases in the previous 28 days is not clear."

The committee made it clear that its declaration of a hotspot would not "trigger or preclude specific actions for state and territories to take".

"A COVID-free zone is an area that has no locally acquired cases that pose a risk to the community in the previous 28 days," the committee wrote in the letter.

It has not specified if an "area" would constitute a postcode, local government area or an entire state or territory.

The release of the definition comes after Brisbane Times revealed Queensland was considering relaxing the rule from 28 days down to 14 days.

That move would have had to be agreed to by health officers in other states and territories.