Vienna: Austria will file charges against a person who has confessed to spying for Turkey's secret service, and authorities are investigating more suspected espionage activities, its interior minister said, warning Turkey this would not be tolerated.

"This is about an exertion of influence by a foreign power in Austria and this will in no way be accepted," Karl Nehammer told a news conference on Tuesday. 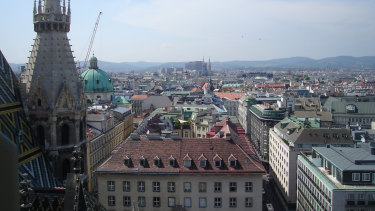 Vienna, Austria was a hotspot for spies during the Cold War.

There were clear indications of Turkish influence in Austria, said the director general for public safety, Franz Ruf. The new findings came following extensive investigations by Austrian police after violent clashes between Turkish and Kurdish groups in Vienna in June.

One person has fully confessed to having been "recruited by the Turkish secret service to spy on other Turkish citizens or Austrian citizens with a Turkish migration background to then report them to the Turkish security authorities," Nehammer said. He added that the judiciary will file charges on suspicion of espionage. He gave no details about the person. 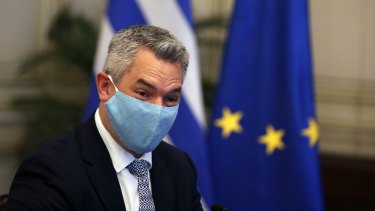 Austria has found that more than 30 Austrians were detained in Turkey between 2018 and 2020 after entering the country and has indications that the Turkish secret service tried to recruit them, the interior minister said.

"Turkish espionage has no place in Austria. There is no place for Turkish influence on liberty and fundamental rights in Austria. We will fight against it vehemently," Nehammer said, adding that Europol and the Presidency of the European Council had been informed.

"We are astonished that the Austrian government has reached conclusions that implicate our country with unserious reflexes through these claims," Aksoy said in a statement.

"We urge the Austrian government to stop chasing artificial agenda with shallow and domestic political calculations over Turkey, and act with state seriousness, common sense and sincere cooperation," he added.