A 15-year-old boy who died after he fell from the roof of a multi-storey car park in Liverpool on Saturday night has been named locally as Gabriel Santer.

The teenager was rushed to hospital falling from a building on Hanover Street in the city centre at 8.25pm on October 3. 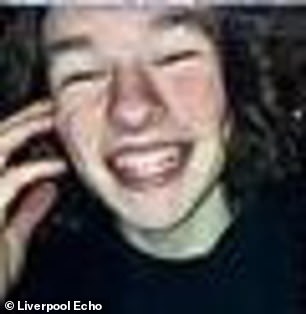 Gabriel Santer, 15, died after falling from car park roof in Liverpool on Saturday

Police confirmed on Sunday that a male had died from his injuries despite the efforts of paramedics at the scene.

Officers are not treating the death as suspicious.

Candles, bouquets of flowers, stuffed penguin toys, and pictures have been left at shrines to the popular youngster on the grounds of Calderstones School in Allerton and at the Pier Head where he was known to skateboard.

One friend had drawn a picture of Gabriel, known as Gabe, with the message: ‘I love you, you know.’

Another printed picture of the teen had a heartbreaking message typed across it which said: ‘You are loved and are capable of spreading love.’

Heartbreaking tributes flooded in from friends over social media as well.

One friend posted a message online which said: ‘Gabriel I’m heartbroken you’re gone, and am so thankful to have spent time with you, beautiful boy.

Another friend wrote: ‘Honestly lost for words. To think someone who smiled and made everyone around him smile, was fighting a battle no one saw is horrible.’ 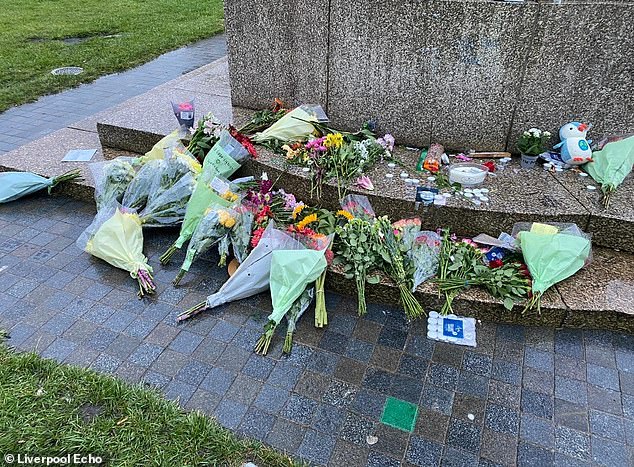 Tributes to Gabriel including written messages, bouquets of flowers and candles are left at a shrine at the Pier Head in Liverpool where the teen was known to skateboard

‘You’re gonna be missed by us all, your friends and family.

‘Crazy knowing I’m not going to see you ever again, you were such a lovely person,

‘You always had a smile on your face and never failed to make people laugh, you’ll be gone but never forgotten.’ 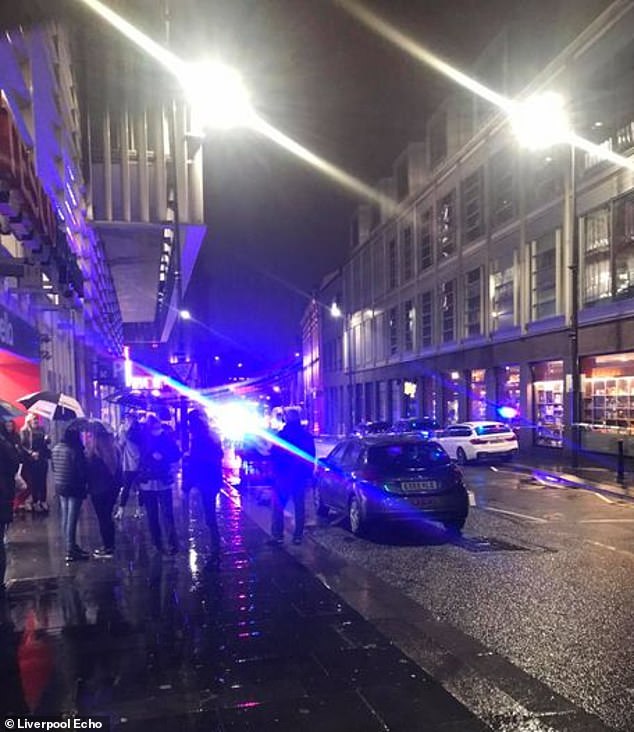 Emergency services attend the scene on Hanover Street in Liverpool city centre after the teenager fell from the top of a multi-storey car park at 8.25pm on October 3

Gabriel’s family are currently being supported by specially trained officers.

In a statement, Merseyside Police said: ‘We can confirm that a 15-year-old boy from Liverpool has died after falling from a car park on Hanover Street in Liverpool city centre on Saturday, 3 October.

‘Emergency services were called to a car park on Hanover Street at 8.25pm following reports that a male had fallen from the car park, but sadly despite their best efforts he was pronounced dead a short time later.

‘The death is not believed to be suspicious and a file has been sent to the Coroner.

‘Next of kin have been spoken to and specialist officers are supporting the family at this tragic time. 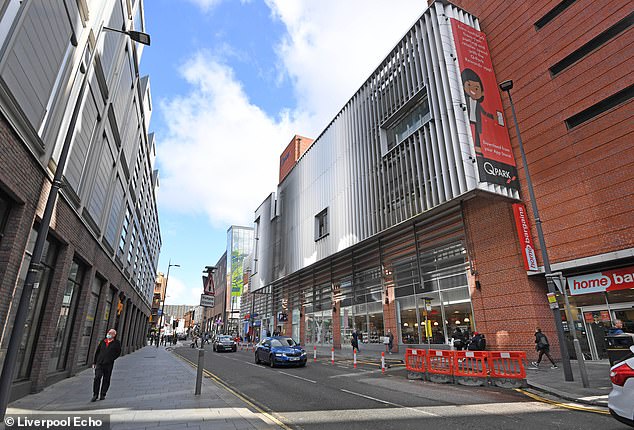 Police confirmed on Sunday that a male had died from his injuries despite the efforts of paramedics to save him at the scene. Pictured: Hanover Street, Liverpool