President Joe Biden and Vice President Kamala Harris kicked off pride month on Tuesday by touting their efforts to boost diversity in the military and to fly the gay pride flag at US outposts around the world.

Already some embassies and consulates are flying the signature rainbow flag.

‘The U.S. Embassy to the Holy See celebrates #PrideMonth with the Pride flag on display during the month of June,’ wrote the embassy on Twitter with a picture of the flag on their building. ‘The United States respects the dignity and equality of LGBTQI+ people. LGBTQI+ rights are human rights.’

In a statement on Gay Pride Month, which begins June 1, Biden noted in his first weeks in office he signed several executive orders that expanded the definition of discrimination to include LGBTQ people and one that prohibits discrimination against transgender servicemembers, which over turned a Trump-era policy.

The president also noted his administration announced it will allow U.S. diplomatic outposts around the world to fly the Pride flag on the same flagpole as the U.S. flag, also over turning a Trump-era ban.

In the Biden administration, 14 percent of all appointees identify as lesbian, gay, bisexual, transgender, and queer, according to the White House. 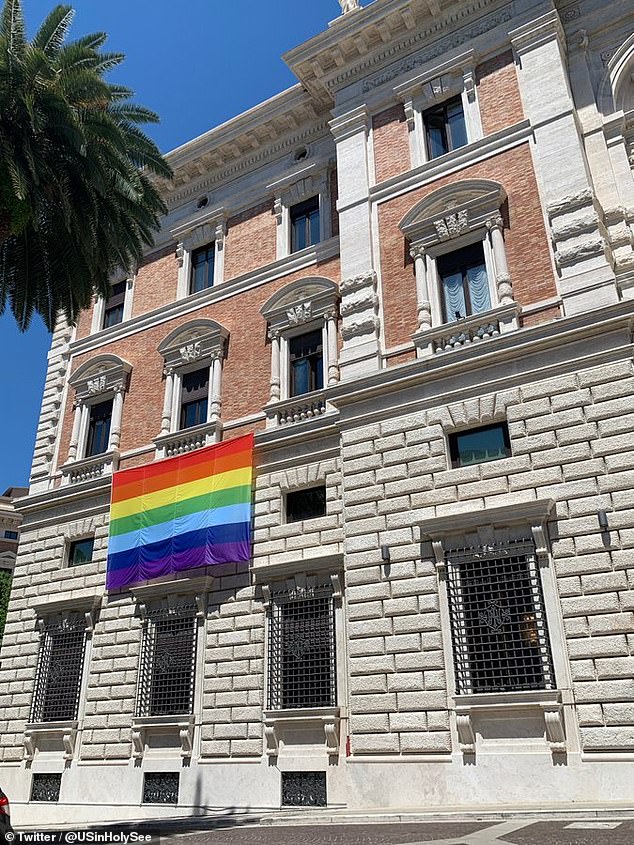 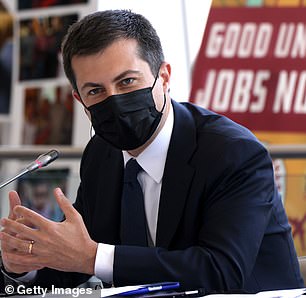 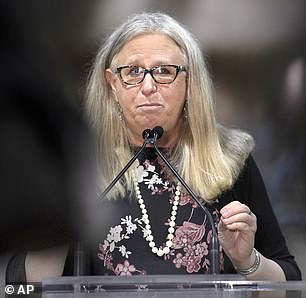 On January 25th, his fourth day in office, Biden reversed the ban on transgender people openly serving in the military. LGBTQ activists called the policy cruel.

It was announced by President Trump via Twitter in July 2017. The ban specifically blocked individuals who have been diagnosed with gender dysphoria from being recruited, with limited exceptions.

It also specified that individuals without the condition can serve, but only if they do so according to the sex they were assigned at birth. 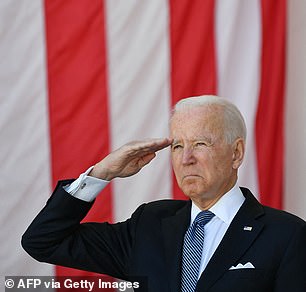 For Pride Month, President Biden touted his efforts to boost diversity in the military and to fly the gay pride flag at US outposts around the world

It did not affect anyone who was serving and recognized as transgender, but affected new recruits and also said that currently serving troops who started to transition would be discharged.

It is unknown how many new recruits were rejected, or how many were not recruited. In 2019 the Washington Blade reported that all branches of the military said they had discharged zero service members and the Coast Guard said it had rejected two recruits.

In 2016, a Department of Defense study found that enabling transgender individuals to serve openly in the United States military would have only a minimal impact on military readiness and healthcare costs.

The study also concluded that open transgender service has had no significant impact on operational effectiveness or unit cohesion in foreign militaries.

In April, the State Department announced that the Biden administration would allow US embassies and consulates around the world to fly the Gay Pride flag on the same flagpole as the American flag, reversing a Trump-era policy.

In 2019, then-Secretary of State Mike Pompeo blocked embassy requests to fly the symbol of support for LBGTQ people on the same pole as the Stars and Stripes.

But Biden’s Secretary of State Anthony Blinken gave approval to fly the flag at diplomatic outposts around the world.

The move came before May 17, the International Day Against Homophobia, Transphobia and Biphobia, and before June, which many nations recognize as Gay Pride month.

Embassies are required to get permission from the State Department when flying anything besides the American flag on their main flagpoles. But Blinken’s order gave them carte blanche to fly the pride flag.

In February, Biden issued a presidential memorandum aimed at expanding protection of the rights of lesbian, gay, bisexual, transgender and queer and intersex (LGBTQI) people worldwide.

The memo directed U.S. agencies working abroad to work harder to combat the criminalization of LGBTQ people by foreign governments and ordered the State Department to include anti-LGBTQ violence, discrimination and laws in its annual human rights report.

At least 69 countries around the world have laws that criminalize same-sex relations, according to Human Rights Watch. 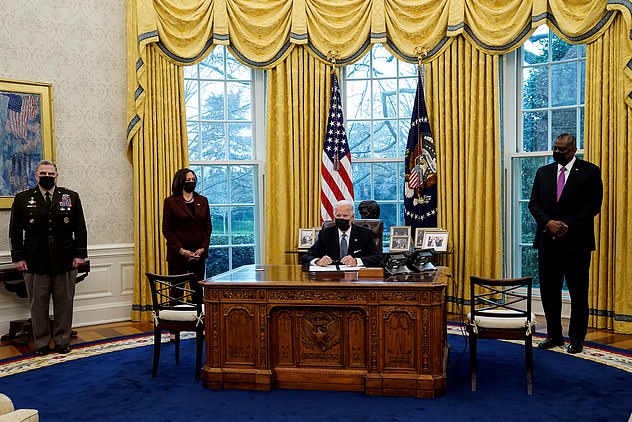 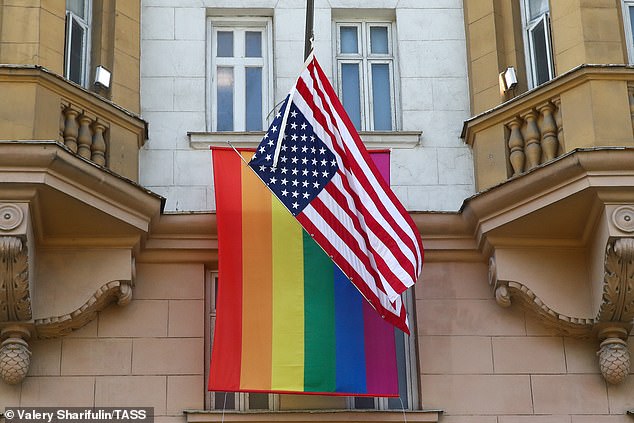 Flying the Pride flag – with its distinctive rainbow stripes – became an issue during the Trump era, when diplomatic outposts were told they could not do so but were allowed to display Pride symbols elsewhere in embassies.

Several embassies simply hung the flag on the building’s facade to show support for LGBTQ rights.

Then Vice President Mike Pence defended the move in an June 2019 interview with NBC News, saying ‘when it comes to the American flagpole, and American embassies, and capitals around the world, one American flag flies.’

Under the Obama administration, embassies were given permission to fly the flag.