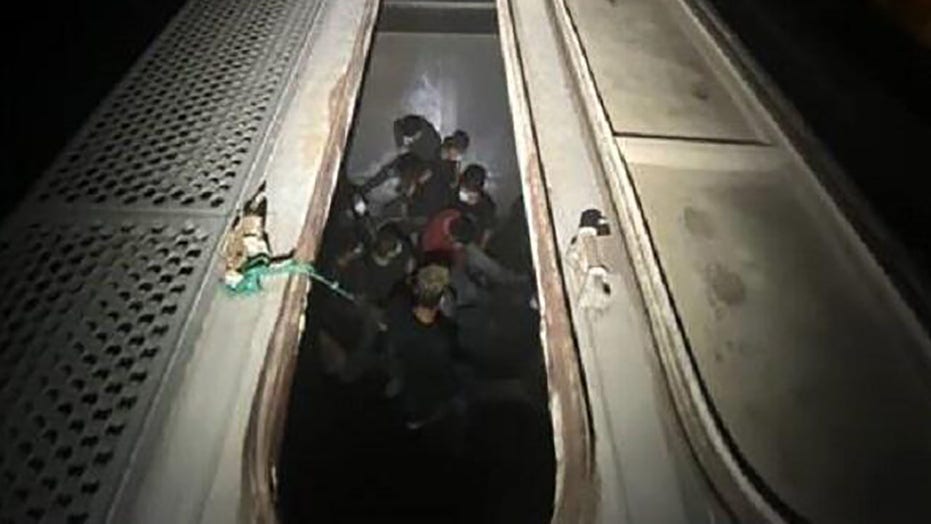 U.S. Border Patrol agents from the Hebbronville Station, about 55 miles east of Laredo, conducted a routine check on a freight train Sunday evening and discovered 14 individuals packed inside a grain-hopper train car, U.S. Customs and Border Protection said in a news release.

Several hours later, agents discovered another 13 individuals inside the cramped quarters of a similar car. Agents used a ladder to rescue all 27 people from the enclosed containers.

All 27 individuals were medically evaluated and determined to have come to the U.S. illegally from Mexico, Honduras, and Guatemala, the agency said. 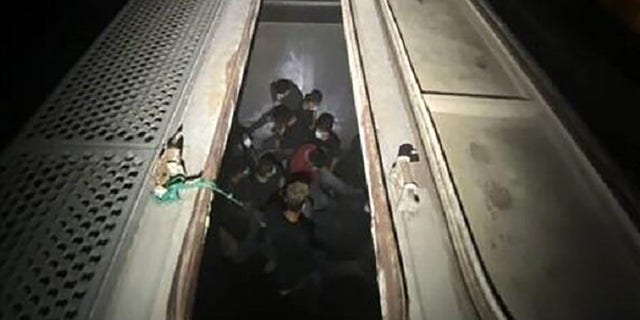 All 27 individuals came from the countries of Mexico, Honduras and Guatemala, the agency said. Agents determined they were in the U.S. illegally.
(U.S. Customs and Border Protection)

Border Patrol warned of the dangers of this type of human smuggling and illegal entry.

“Without the aid of a ladder or other means of exiting the train cars, these people’s lives could have tragically ended if they had remained trapped for indefinite periods of time,” the agency said.

Additionally, none of the 27 people were wearing personal protective equipment (PPE), which heightened the risk of COVID-19 infection, the agency said.

Border Patrol pledged that agents of the Laredo Sector will continue to secure the U.S. borders to halt illegal immigration and slow the spread of coronavirus.