Boris Johnson and Sir Keir Starmer have agreed to suspend campaigning ahead of elections in May following the death of the Duke of Edinburgh.

The Prime Minister spoke to the Leader of the Opposition this afternoon when they agreed on the move.

Political parties across the UK have announced they will be pausing campaigning as a mark of respect. 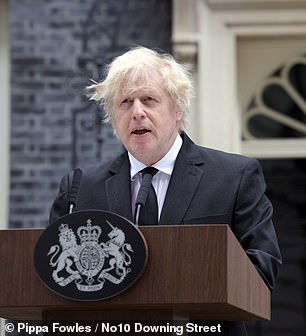 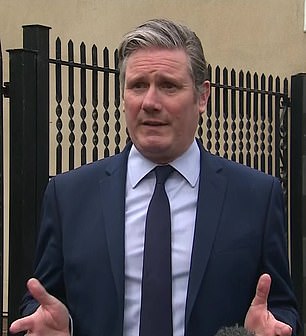 A number of elections are due to take place on Thursday May 6 after many were postponed last year because of the pandemic.

There will be local elections in England as well as Scottish Parliament and Welsh Assembly elections.

There will also be mayoral elections, including in London, as well as ballots for police and crime commissioners.

The Labour Party said: ‘As a mark of respect following the sad death of His Royal Highness The Prince Philip, Duke of Edinburgh, the Labour Party has today suspended all campaigning.’

Amanda Milling, co-chairman of the Conservative Party, tweeted: ‘In light of the sad news from Buckingham Palace all campaigning has been paused until further notice.’

The SNP tweeted: ‘We have suspended our election campaign with immediate effect.’

Scottish Tory leader Douglas Ross said: ‘This is not the time for political campaigning. It is a time for national mourning.

‘Out of respect for Prince Philip, Her Majesty The Queen and all of the Royal Family, we have now suspended our campaign until Monday.’