BORIS Johnson today said July 19's Freedom Day was "looking good" as he resisted a furious clamour from MPs, pub bosses and his own sister to speed up the unlock.

The PM poured cold water on hopes he could bring forward Freedom Day to July 5 and hinted Brits will have to hold tight for four more weeks.

Last week Mr Johnson sent millions of summer plans up in smoke by delaying today's Freedom Day by a month.

Grilled about the potential for future lockdowns, the PM said: "You can never exclude that there will be some new disease, some new horror that we simply haven't budgeted for, or accounted for.

"But looking at where we are, looking at the efficacy of the vaccines against all variants that we can currently see – so Alpha, Delta, the lot of them, Kappa – I think it's looking good for July 19 to be that terminus point.

"I think what the scientists are saying is that things like flu will come back this winter, we may have a rough winter for all sorts of reasons, and obviously there are big pressures on the NHS.

"All the more reason to reduce the number of Covid cases now, give the NHS the breathing space it needs to get on with dealing with all those other pressures, and we are certainly going to be putting in the investment to make sure that they can."

The PM has previously insisted July 19 will be the "terminus date" when lockdown is binned.

Some 45,000 fans are set to fill Wembley to half-capacity for the Euros finals ahead of Freedom Day in early July.

UEFA bosses and ministers are locked in talks about exempting a small number of overseas VIPs, sparking a row about special treatment.

Journalist Ms Johnson this morning waded into the row to ratchet up pressure on brother Boris to unlock.

Throwing her weight behind the exemption on GMB she said: "If this event does go ahead on British soil with 2,000 VIPs and hangers-on I think it will literally put the final nail in the coffin for Covid restrictions.

"The Government will probably have to open up before the terminus date of July 19 because I suspect the Covid restrictions will be collapsing under the weight of their own contradictions.

"So I want it to go ahead because the optics will be so bad that the country will just decide to get on with it." 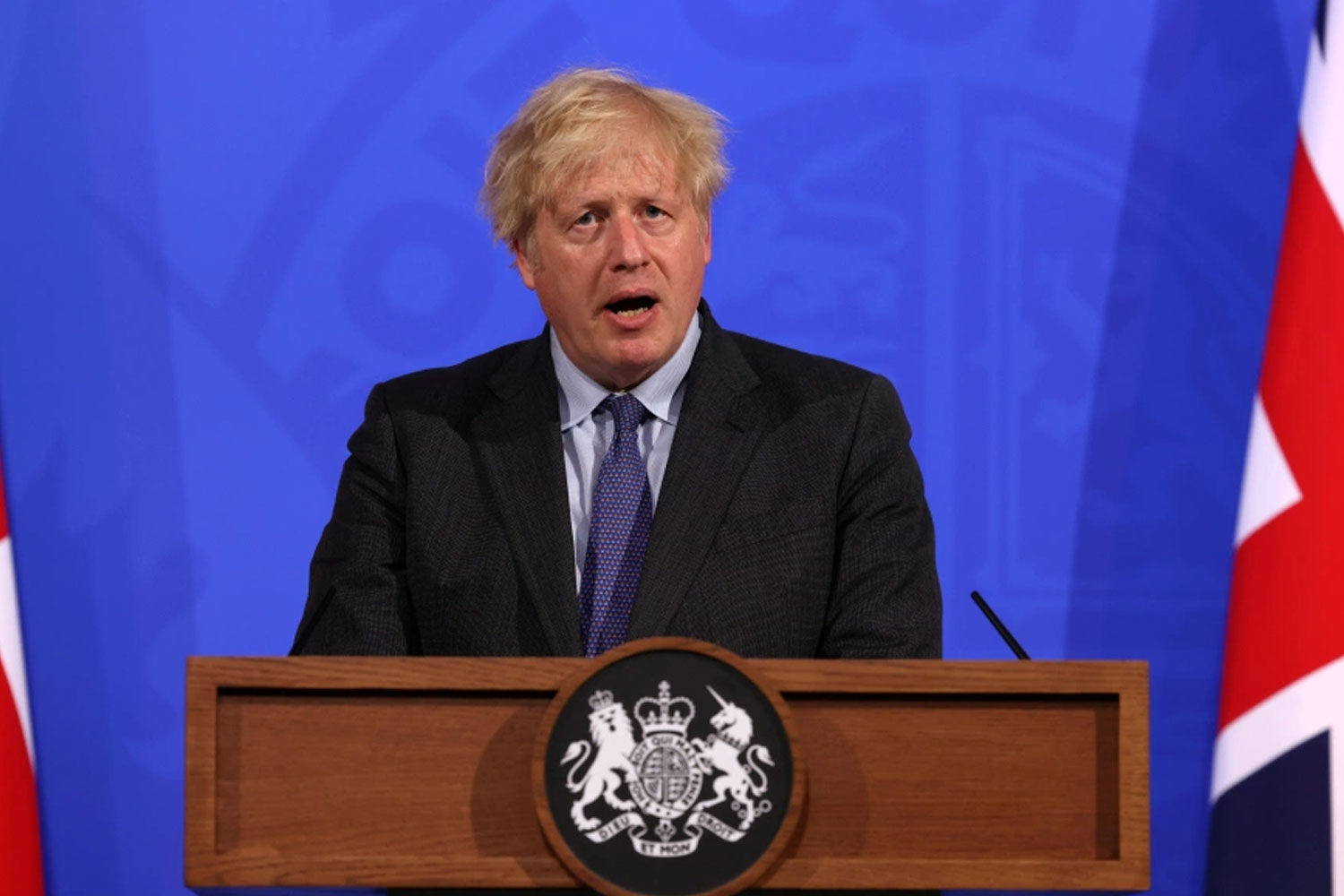 She added that having the finals at Wembley should be a "gateway to freedom".

Mr Johnson's adjusted roadmap has a two-week break clause allowing for an early unlock on July 5.

But the PM and ministers have poured cold water on hopes of an early unlock and told people to plan for July 19.

Health Secretary Matt Hancock said today: "We are looking at the data and we've said that we will take a specific look two weeks into the four-week delay that we had to put in place to get more people vaccinated. So we'll do that.

"But I have every confidence that the more people get vaccinated the easier it is, the safer it is to lift restrictions."

He also announced that plans for autumn booster jabs will be unveiled in the coming weeks.