Boy, nine, is 'almost garrotted' by rope tied between trees to

Boy, nine, is ‘almost garrotted’ by rope tied between trees to hurt cyclists in woodland

An investigation has been launched after a nine-year-old boy was injured after cycling into a thin piece of rope tied between trees to hurt cyclists.

Troy Baldock was thrown from his bike after he rode into the rope on a woodland footpath in east Malling, Kent on Sunday, and was left with bruising.

His father, Grant, believes the rope was tied between the two trees either side of the track in a deliberate trap to harm unsuspecting cyclists. 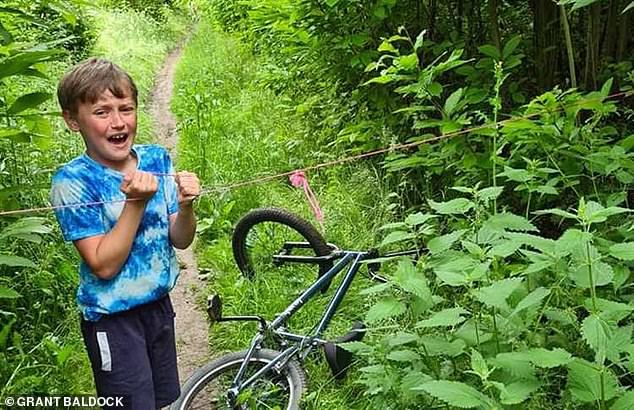 Troy Baldock, 9, was thrown from his BMX bike after he rode into the rope over the path

The 31-year-old said his son is now too frightened to get back on his BMX.

Kent Police have confirmed they are investigating the incident, and have sent the rope off for forensic testing in a bid to catch the person responsible.

‘It’s not on to set traps like that,’ Mr Baldock told Kent Online. ‘It’s such a dangerous thing to do because it’s a popular cycle route.

‘Troy was shaken about it all and was just as angry as me. He just wants to know who’s done it, but unfortunately, I don’t think we’re ever going to know.

‘It could have happened to anyone. It would have even pulled an adult off their bike.’

Police have advised the person responsible to come forward. 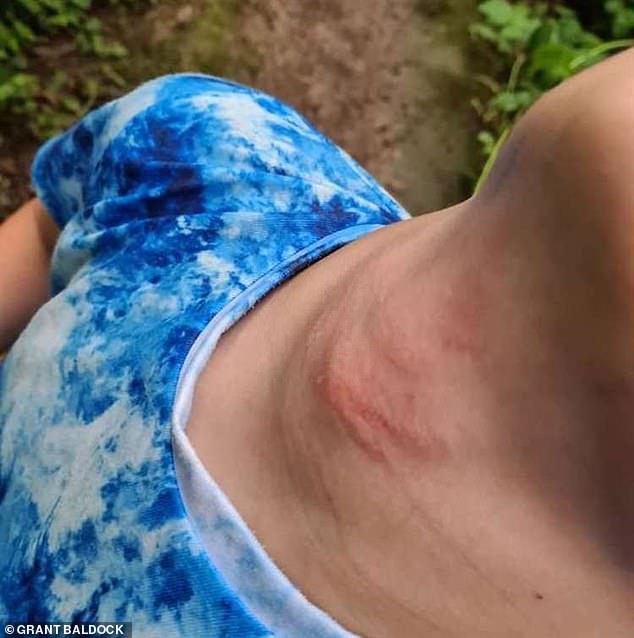 ‘This incident is being investigated as a case of attempted GBH as the child could have sustained far more serious injuries as a result of this callous act,’ Inspector Elizabeth Jones said. ‘Thankfully his injuries were not more severe.

‘In addition to sending the rope for forensic testing PCSOs have been patrolling the area in an effort to deter further offences and also look out for similar hazards.

‘It may be that this was a poorly thought-out prank that went wrong and it would be advisable that the person responsible comes forward to explain their actions.’