Brazen couple, 60 and 42, caught having sex near children's play area

Brazen couple, 60 and 42, were caught having sex near children’s play area in park in broad daylight during first lockdown, court told 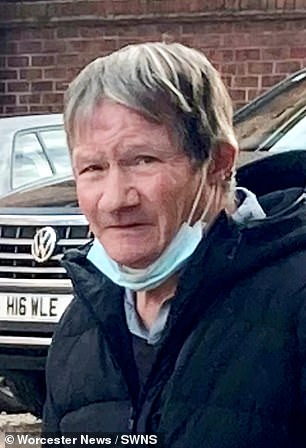 Anthony Higgins (pictured) was spotted by a shocked member of the public romping with Rachael Aston, 42, near to a children’s play area on May 23 – during the first coronavirus lockdown

A 60-year-old man has been fined for having sex with a woman in a park in broad daylight during the first coronavirus lockdown.

Anthony Higgins was spotted by a shocked member of the public romping with Rachael Aston, 42, near to a children’s play area in Worcester’s Fort Royal Park on May 23 – during the first coronavirus lockdown.

The pair had sex after Aston’s partner had cheated on her, a court heard.

Higgins had met Aston – who he knew from a local pub – for ‘some sunshine and to have a walk’ before one thing led to another.

They were both arrested after a woman spotted them having intercourse – in breach of lockdown rules – and called police at around 1pm.

Higgins pleaded guilty to outraging public decency when he appeared at Worcester Magistrates Court on Thursday.

Aston was charged with same offence but did not attend court.

Prosecutor Ralph Robyns-Landricombe said police were called after a resident spotted the pair in May.

He added: ‘This was 1pm in the afternoon.

‘Police were directed to the part of the park where the incident happened by the same woman who had called them and both defendants were identified. 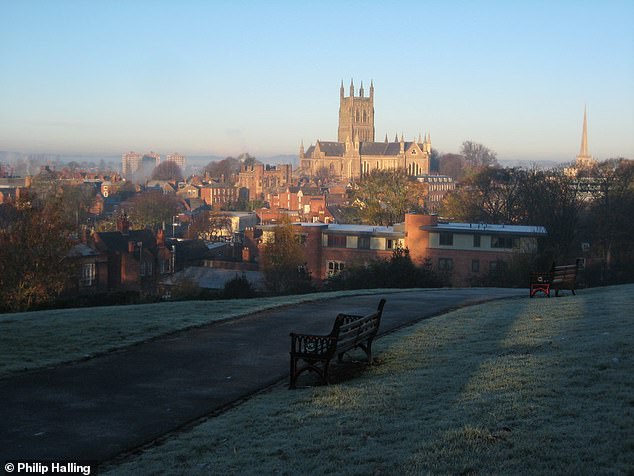 The pair had sex in Worcester’s Fort Royal Park (file image of the park, pictured) after Aston’s partner had cheated on her, a court heard

‘The pair were spoken to and arrested for exposure and outraging public decency.’

In police interview Higgins said he ‘did not see anyone to begin with around where he was having sex with this lady’ but knew it was a public place.

He had drunk two pints of alcohol but maintained he was not drunk.

Robyns-Landricombe added: ‘He wasn’t aware of the children’s play area which was nearby.

‘He said he did not intend for people to see what he and his fellow co-defendant were doing.’

The court heard Higgins, of Worcester, had a previous conviction for assault occasioning actual bodily harm from 1998.

Ian Parsons, defending, asked that he be given maximum credit for his guilty plea and for the full admissions he made in interview. 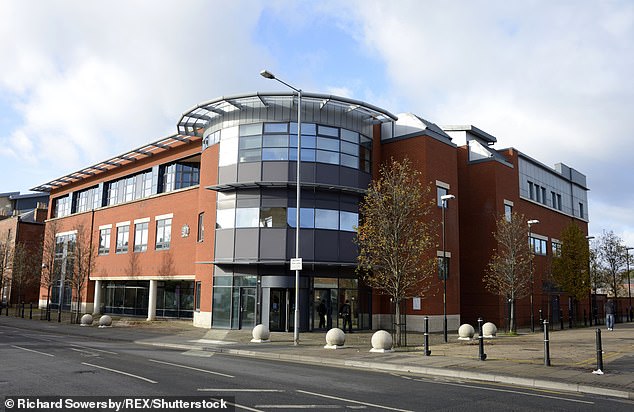 He said Higgins knew Aston, also from Worcester, from a public house and had gone to her because she owed him a small amount of money.

Mr Parsons added: ‘He found her in quite an intoxicated condition.

‘She was quite angry by all accounts because her partner, who was in the flat, cheated on her.

‘He accepts it was something they both did and it was entirely consensual. There was no aim to alarm anyone else.’

Mr Parsons told the court that Higgins, who works for a local waste recycling business, lives with his elderly parents, both aged 86.

He said his client accepted it was something he should have done in a private place instead.