A NEW treatment has shown to slash the risk of death in severely sick Covid patients.

The chances of patients needing to be put on a ventilator were also reduced, as was the duration of their hospital stay. 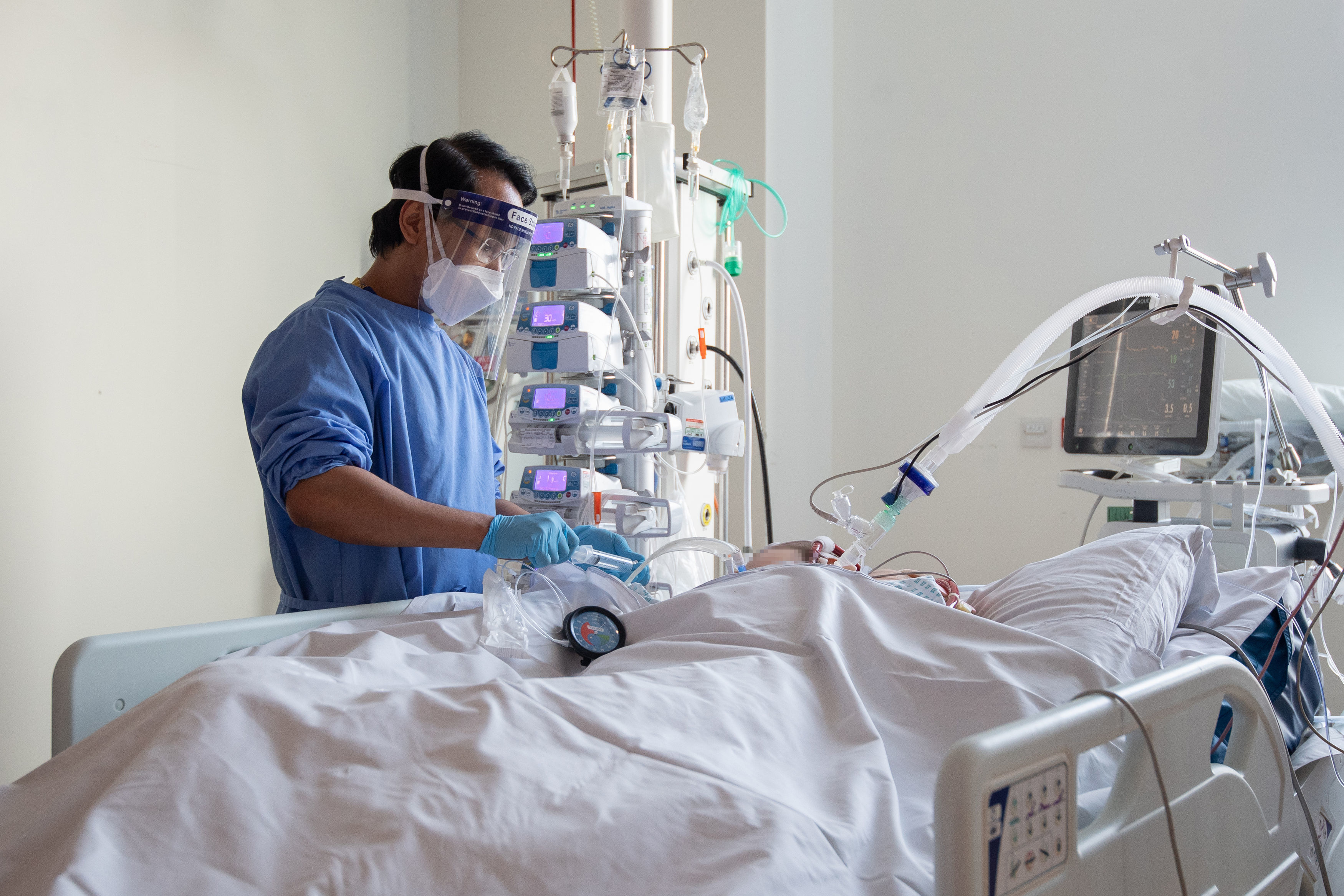 The treatment is a cocktail of antibodies made by US drug company Regeneron.

It’s suitable for patients who haven’t mounted any antibodies – proteins that are part of the immune system that fight bugs.

In the Recovery trial, almost 10,000 UK patients admitted to hospital with Covid were randomly chosen to receive usual care plus the antibody combination treatment, or usual care alone.

Of these, about one third were seronegative, meaning they had no natural antibody response of their own.

Half were seropositive, meaning they had already developed natural antibodies against the virus, and one sixth did not have a known serostatus.

For patients who had no antibody response the treatment reduced the chance of them dying within 28 days by a fifth, compared with usual care alone.

For every 100 such patients treated with the antibody combination, there would be six fewer deaths, researchers calculate.

Sir Martin Landray, professor of medicine and epidemiology at the Nuffield Department of Population Health, University of Oxford, and joint chief investigator, said: “So instead of 30 per cent dying, 24 per cent died.

"So if you think of it differently, for every 100 patients who were given the intravenous infusion, we would save six lives.” 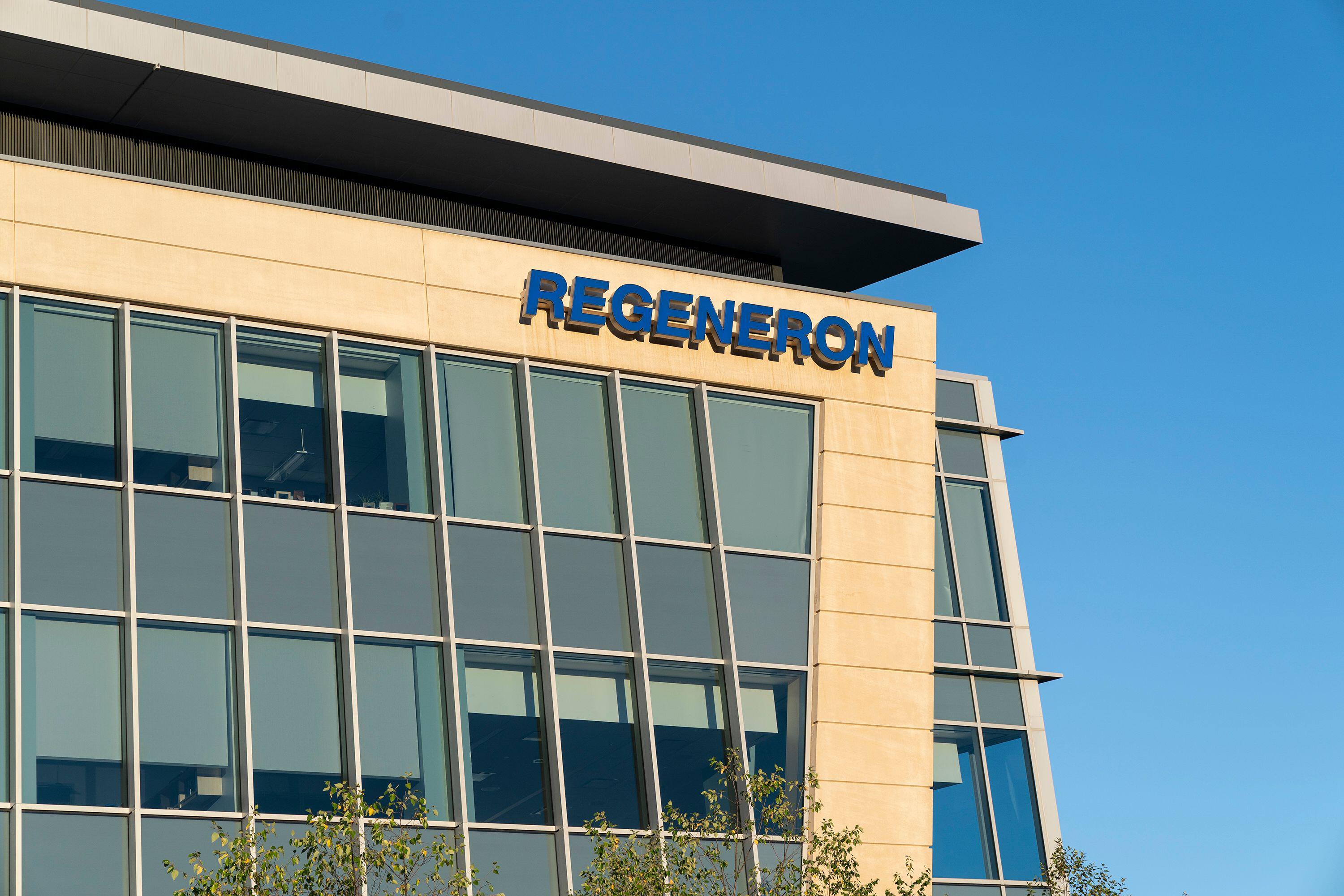 The duration of hospital stay was four days shorter than the usual care group, and the proportion of patients discharged alive by day 28 was greater (64 per cent vs 58 per cent).

The treatment made no difference in patients who had mounted their own antibody response by the time the study started, researchers found.

Researchers found at the start of the study, those with no antibodies were already more likely to die with usual care than those who had antibodies.

This drug would therefore help those most in need.

Sir Martin said: “This is in some ways a first.

“This is an antiviral treatment that is used later on – because these patients are severe, they’ve gone into hospital – and has a demonstrated clear impact on survival, and on those other outcomes.

“So in its own right, it’s an important result because these patients are among the sickest patients, and here we now have a treatment we did not have before.

“Take a group of people, they’re sick, they go into hospital, they’ve got Covid, they haven’t got antibodies of their own, (this) will reduce their chance of dying, shorten their hospital stay, and reduce the chances of needing a ventilator.”

Sir Peter Horby, professor of emerging infectious diseases in the Nuffield Department of Medicine, University of Oxford, and joint chief investigator for the Recovery trial, said: “These results are very exciting.

“It is wonderful to learn that even in advanced Covid-19 disease, targeting the virus can reduce mortality in patients who have failed to mount an antibody response of their own.”

When will it be on the NHS?

Professor Stephen Powis, national medical director for NHS England, said the results were “encouraging” and suggest a new treatment could save lives.

He added: “Studies have also suggested the same treatments might help similar patients in the community avoid going to hospital in the first place, which is why yesterday the health service chief executive, Sir Simon Stevens, asked the NHS to rapidly establish a new monoclonal antibody service so we are ready to offer these drugs if backed by regulators.”

But the researchers say they are not sure when the treatment will be approved for use in the UK, and highlight it will not be a quick rollout as the drug is not particularly easy to get hold of.

Patients would need antibody testing on their admission to hospital to see if they would benefit. But this is not currently in place.

The therap has been granted emergency use authorisation for people with mild-to-moderate Covid in the US.

The treatment uses a combination of two monoclonal antibodies, which are antiodies made in the lab.

They bind specifically to two different sites on the coronavirus spike protein, neutralising the ability of the virus to infect cells.

Previous studies in patients in the community showed that the treatment reduced viral load, shortened the time to resolution of symptoms, and significantly reduced the risk of being admitted to hospital or death.