"BRITAIN'S grumpiest postman" has been caught in the second foul-mouthed tirade in a week.

The postie was filmed brandishing a home as a "f**ing s***thole" last week, and in a new video grumbled "they're never f**ing in". 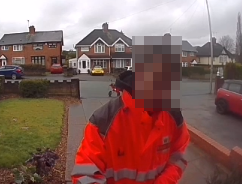 New door-cam footage shows the Royal Mail worker slamming a homeowner in Walsall, West Mids, for not being in while he tries to deliver a parcel.

The postie can be heard exploding into an X-rated moan on the doorstep.

It appears to be the same rogue who was recently caught calling a house a “f*cking s*** hole” as he delivered a letter.

In the new video he can be heard saying: “Right, I ain't having that, they’re never f*cking in.

He is heard ranting before putting the parcel through the letter box.

The homeowner, who did not wish to be named, told The Sun: “This isn’t the sort of thing you’d expect from your neighbourhood postman.

“When we saw the footage we were utterly shocked.

“I work hard and have a busy job but try to be here or make arrangements for when parcels and deliveries are due.

“It’s actually quite intimidating to know that someone like this comes to your home everyday and thinks badly of you for not being in.”

Last week it is thought the same postie was caught on a door-cam by Annette Barrett, 40, as she tried to track down a missing parcel.

But instead, the homeowner from Walsall, West Mids, appeared to be met with fierce critique.

In the clip, the Royal Mail worker can be seen ringing Annette’s doorbell while looking through a pile of letters in his hand.

Annette, who works for Jaguar Land Rover and prides herself on keeping her home tidy, couldn’t believe what she was hearing.

She told The Sun: “I was shocked. I’d understand if it looked a s***hole but I pride myself on keeping a nice house – the back garden is beautiful.”

The Royal Mail worker, who is standing in for Annette’s regular postman, later appeared to deny the allegations after Annette’s partner left him a note saying the “s***hole” had reported him.

He was also told to "smile, you're on CCTV".

The postman can be seen spotting the note and says: "I didn't, I wasn't talking about that".

A Royal Mail Spokesperson said: “Royal Mail expect the highest standards of behaviour from our people while out on deliveries and collections at all times.

"We regularly remind our postmen and postwomen of the important role they play in their local communities. We were very sorry to learn about this incident, and for the distress this incident has caused.

"We will be in touch with the customer concerned to apologise and to inform them we are investigating this incident.” 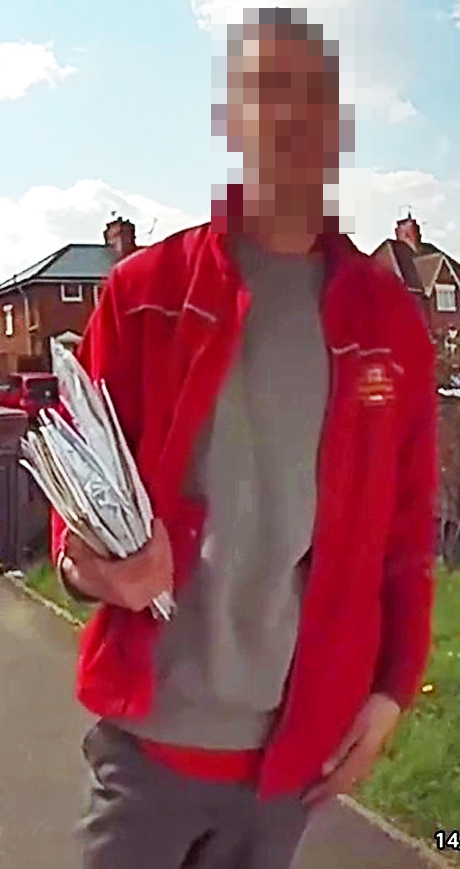 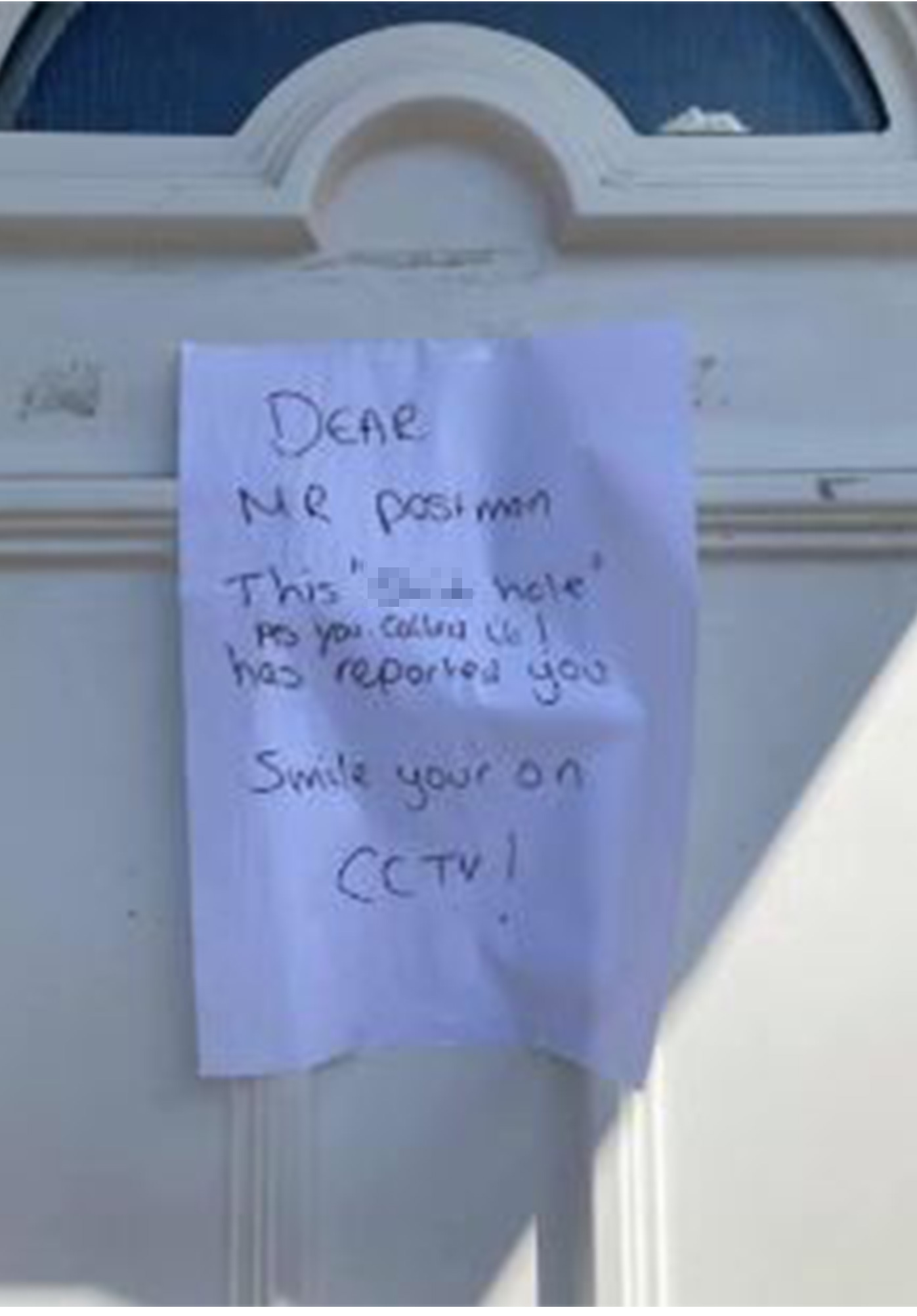