A former deputy mayor who has been charged with murdering two family members on either side of the Murray River asked his brother what he knew about pain and then, police say, shot him dead.

Police allege Paul Cohrs murdered his brother, Raymond, at a property in the NSW town of Rufus on October 30, 2018, and then drove to Red Cliffs near Mildura, where he shot dead their mother, Bette Schulz, who was caring for her great-grandson. 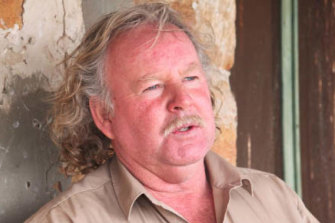 The killing happened about 90 minutes apart before Mr Cohrs drove back to Rufus, where he shot himself in the chest when confronted by police.

Mr Cohrs, 60, survived the self-inflicted shot and is awaiting trial in Victoria over the death of his 82-year-old mother. After that he will be extradited to NSW to stand trial over his brother's death.

He has pleaded not guilty to two counts of murder.

Mr Cohrs, a former deputy mayor of the NSW Shire of Wentworth, was refused bail in the Supreme Court in Melbourne on Monday after last week arguing it was difficult to prepare for his trials while in custody.

He does not have a lawyer and has previously said his assets were frozen, which has prevented him hiring his preferred South Australian lawyers.

Justice Paul Coghlan refused bail in a short hearing on Monday morning. In written reasons released soon after, the judge said exceptional circumstances were not made out and even if they were, there was a risk Mr Cohrs could contact prosecution witnesses if released.

Justice Coghlan wrote that Mr Cohrs was locked in a financial dispute with his brother and mother over a family business.

Police say Mr Cohrs arrived at the Rufus property at 9.55am and found his brother there with a real estate agent. Police allege Mr Cohrs shot his brother twice with a shotgun and while assuring the agent he wouldn't harm him, said Raymond Cohrs "deserved it" and had been "killing" his family. 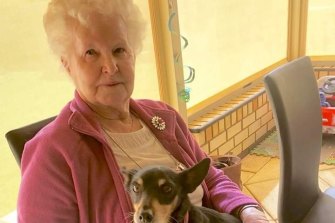 Bette Schulz was shot and killed in her home in Red Cliffs.

Police allege Paul Cohrs then asked his brother what it was like to feel pain and shot him in the chest and head. He then handcuffed the agent inside a shearing shed.

Mr Cohrs then drove to Red Cliffs, where his mother was caring for her great-grandson (Paul Cohrs' grandson).

Police allege Mr Cohrs told his mother to take the boy to another room and then shot her in the chest.

Police allege that as he drove back to Rufus, Mr Cohrs reported the shootings to family members, local police and left a message with his solicitor, in which he said, "I don't believe that I'll live the rest of the day out." 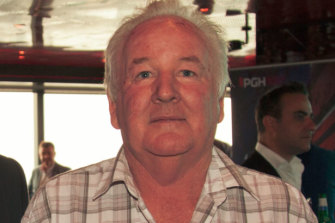 Ray Cohrs, who was allegedly shot and killed by his brother Paul Cohrs.

At the property, Mr Cohrs released the agent and told him he intended to take his own life.

About 3.30pm, police saw Mr Cohrs in scrub with the shotgun and say that he had shot himself in the chest. As officers applied first aid he said, "I can't believe I'm not dead."

He also told them, "I just shot my brother and my mum … they are the most evilest people in the world."

A date for Mr Cohrs' trial has not been set.

Justice Coghlan accepted Mr Cohrs had health problems and that it would be difficult preparing for his trial while in custody.

The judge last week urged the accused man to consider hiring a lawyer.

Related Posts:
World News
'Tell my children I love them': Final words of mum killed in Nice terror attack
Thousands flock to Halloween parade in Wuhan, China
Judge combines trials of 'cult mom' Lori Vallow and husband Chad Daybell
El Paso to impose second lockdown as local hospitals reach capacity
‘Gentle soul’: Teen in coma after being bashed by group in broad daylight
Recent Posts
This website uses cookies to improve your user experience and to provide you with advertisements that are relevant to your interests. By continuing to browse the site you are agreeing to our use of cookies.Ok