California man killed by own work van while trying to stop its theft; 3 arrested: police

Police in Southern California arrested three suspects in Anaheim, south of Los Angeles, this week in connection with the death of a 33-year-old father who was run over by his own work van Tuesday morning.

The victim had been trying to prevent the vehicle from being stolen, Anaheim police confirmed Wednesday.

Identified as Jose DeJesus Berrelleza, the victim confronted a suspect trying to steal his van just after 6 a.m. PT Tuesday and fell from the vehicle as the suspect drove away. Berrelleza was run over and died at the scene, according to police.

“It is believed Berrelleza, the father of an 8-year-old daughter, attempted to stop the theft of the vehicle to prevent the loss of his livelihood,” the department said in a release.

Berrelleza had been getting ready for work that morning when he saw the suspect trying to steal the van, The Los Angeles Times reported. 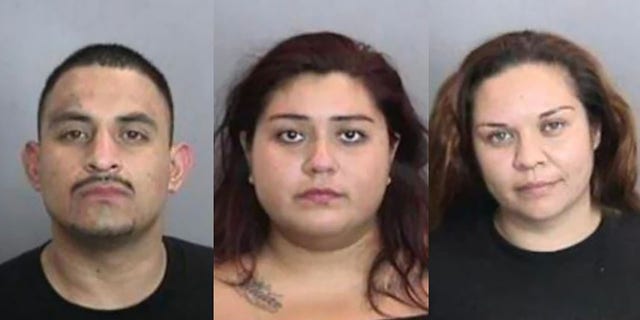 Officers found the van two hours later, a little more than a mile from Berrelleza’s house, according to The Times.

Omar Sanchez, 28, and Yesenia Escareno, 21, were arrested on alleged murder and carjacking charges. Adriana Gomez, 29, was arrested for allegedly being an accessory.

Berrelleza had been talking with his father when he noticed someone was stealing his van, People magazine reported.

"It was their quality time together when these individuals took him from us," his family wrote on a crowdfunding page, according to People. "He was a strong and hardworking individual always looking out for his family, especially his daughter, an 8-year old that will no longer build new memories with her Papa. Her Papa is no longer here to provide and fight for her."