Labels such as ‘top set’ and ‘bottom set’ can negatively impact pupils’ self-esteem and should be avoided, claim educators.

Instead, the teacher’s name should be used instead of numbers or obvious demarkers of ability, The Sunday Telegraph reports.

Writing a blog for the Times Educational Supplement, Shertsh Osman, who teaches English at Queensmead School in west London, wrote: ‘The problems with setting have already been widely debated, but if your school still chooses to stream, or ‘sets’ students, one way to minimise the dent to the self-esteem of your pupils is to do away with obvious set names, and instead use the teacher’s name.’ 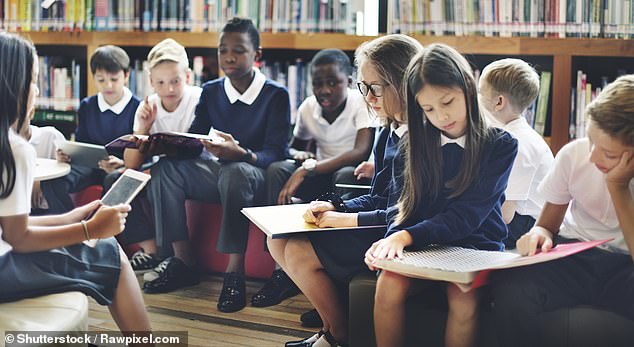 Labels such as ‘top set’ and ‘bottom set’ can negatively impact the self-esteem of pupils, according to educators

Caroline Spalding, head of the Bemrose School in Derby, said that using terms such as ‘low ability’ or ‘high ability’ could be equally damaging.

‘While we can accurately say a pupil has low prior attainment or even is currently low-attaining, to say they are ‘low ability’ is to predict an unwritten future.

‘Such fatalism creates a self-fulfilling prophecy of low expectations.’ 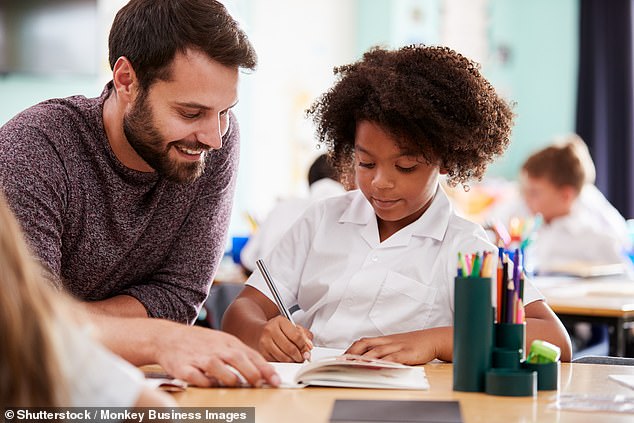 Schools use setting and streaming – more commonly in secondary than in primary schools – as a way of enabling more effective teaching by narrowing the range of pupil attainment in a class.

But critics of the system say that children from disadvantaged backgrounds can be more negatively affected in the long-term by being placed into lower sets.