Camilla admits having 'half a hug' with grandchildren 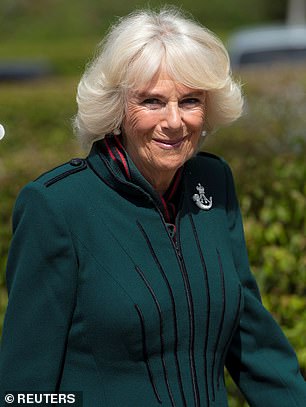 Camilla, a fully vaccinated grandmother-of-five, made the admission despite the state forbidding hugging until May 17 at the earliest

The Duchess of Cornwall has revealed she has defied the controversial ban on embracing and enjoyed ‘half a hug’ with her grandchildren.

Camilla, a fully vaccinated grandmother-of-five, made the admission despite the state forbidding hugging until May 17 at the earliest.

The duchess, 73, spoke last year of wishing to hold her grandchildren once more.

When asked if she had been able to do that more recently as Britain continues to reopen, she told The Telegraph: ‘I have been able to. I have had a hug. I am doubly jabbed so, umm, we’ve had a sort of half hug.’

‘It’s been so lovely just to be able to see them again and talk to them. You know, telephones and machines and these Zooms are fine, but nothing’s ever the same as being able to give somebody a good hug.

‘I’m waiting for the final date when we can actually go into each other’s homes, to be able to sit down and have a proper lunch and, you know, just have a proper life again.’ 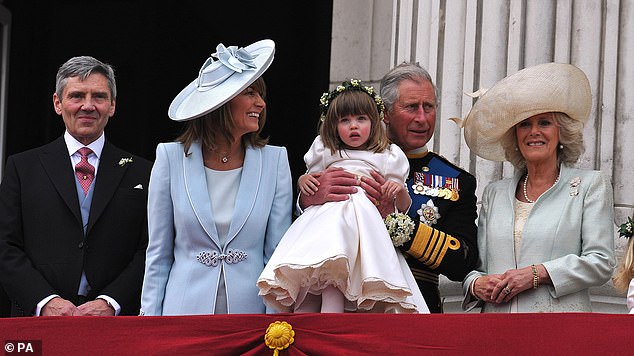 His daughter Laura Lopes is mother to Eliza, 13, and 11-year-old twins Louis and Gus.

The interview took place as she visited a women’s refuge in Reading, Berkshire, where the royal revealed the very personal effect witnessing domestic abuse has had on her.

Earlier this year, Camilla revealed her own friends had suffered domestic violence and she has long advocated for more specialist support, becoming the patron for charity SafeLives last year.

The Duchess was left visibly shaken after speaking to survivors in 2016, but she broached the topic very differently this time around on her first in-person visit to a domestic abuse refuge since lockdown restrictions eased.

Speaking with 18 female survivors at the Berkshire Aid refuge, Camilla pointed to rising domestic abuse numbers and the fact we ‘all know someone in an abusive relationship.’