Crime continues to spike in Chicago

Alderman Raymond Lopez sounds off on ‘The Story’

At least 54 people were wounded and eight were killed in dozens of shootings and other incidents reported throughout Chicago over the weekend, police said Monday.

Chicago Police responded to 38 shootings citywide from 6 p.m. Friday to 11:59 p.m. Sunday, with shooting victims ranging in age from 15 to 62 years old, the department said. One of the eight murder victims was stabbed, police said.

The violence began before dark on Friday, with two men, ages 27 and 28, being shot just before 7 p.m. while they were standing outside on East 80th Street, police said. About 30 minutes later, a 28-year-old woman and two males, 15 and 31, were on South Bishop Street when they were “shot at from a distance” but a male gunman, cops said.

The female victim was pronounced dead, while the teenager, who was shot in the right leg, was taken to an area hospital in stable condition, police said. The older male victim was shot once in the shoulder. 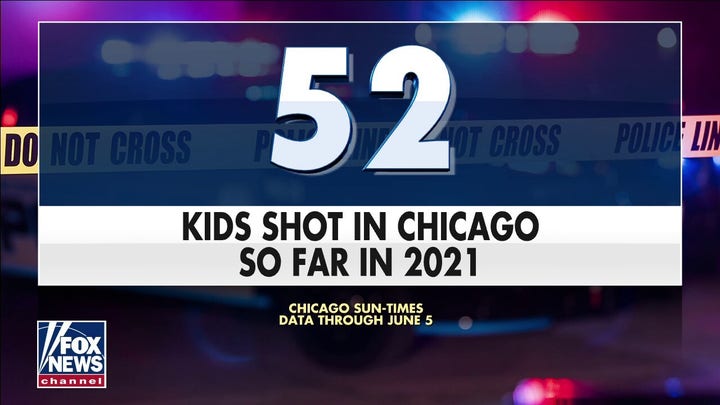 About 30 minutes after that, three more young men, ages 18, 21 and 22, were shot while in their car on South Indianapolis Avenue, cops said. All three were in stable condition at the hospital.

There was at least one more shooting reported on Friday night. There were at least 16 more on Saturday, with three fatalities. At least 17 other shootings, including three murders, were reported on Sunday.

A fatal stabbing was also reported on Saturday, police said. According to police, a 31-year-old Maryland woman was walking along the sidewalk of Chicago’s Loop district around 4 p.m. Saturday when a man stabbed her in the upper back before fleeing. She was rushed to an area hospital, but could not be saved.

Chicago Police Supt. David Brown would not provide additional details regarding the victim but said investigators were working to determine why the victim was in the area – which he described as secluded – at the time.

The crime scene is near an area known to be frequented by homeless individuals. Brown said they suspect the attacker is a homeless man, according to The Associated Press.