DISTURBING CCTV footage shows a suspected paedo trying to abduct a girl, six, from an empty stairwell in Russia.

The suspected pervert can be seen creeping up behind her in a multi-storey apartment block before grabbing her. 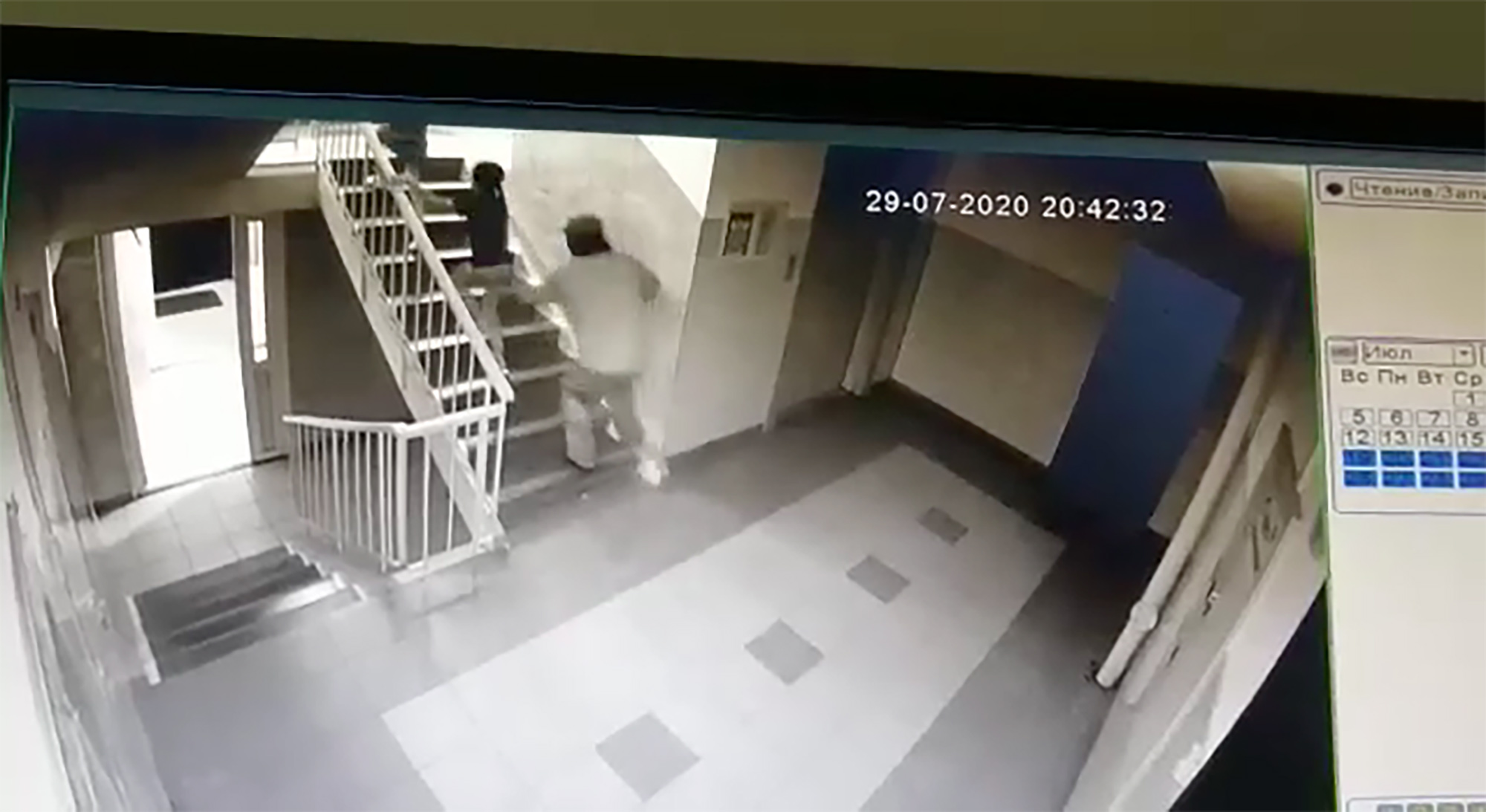 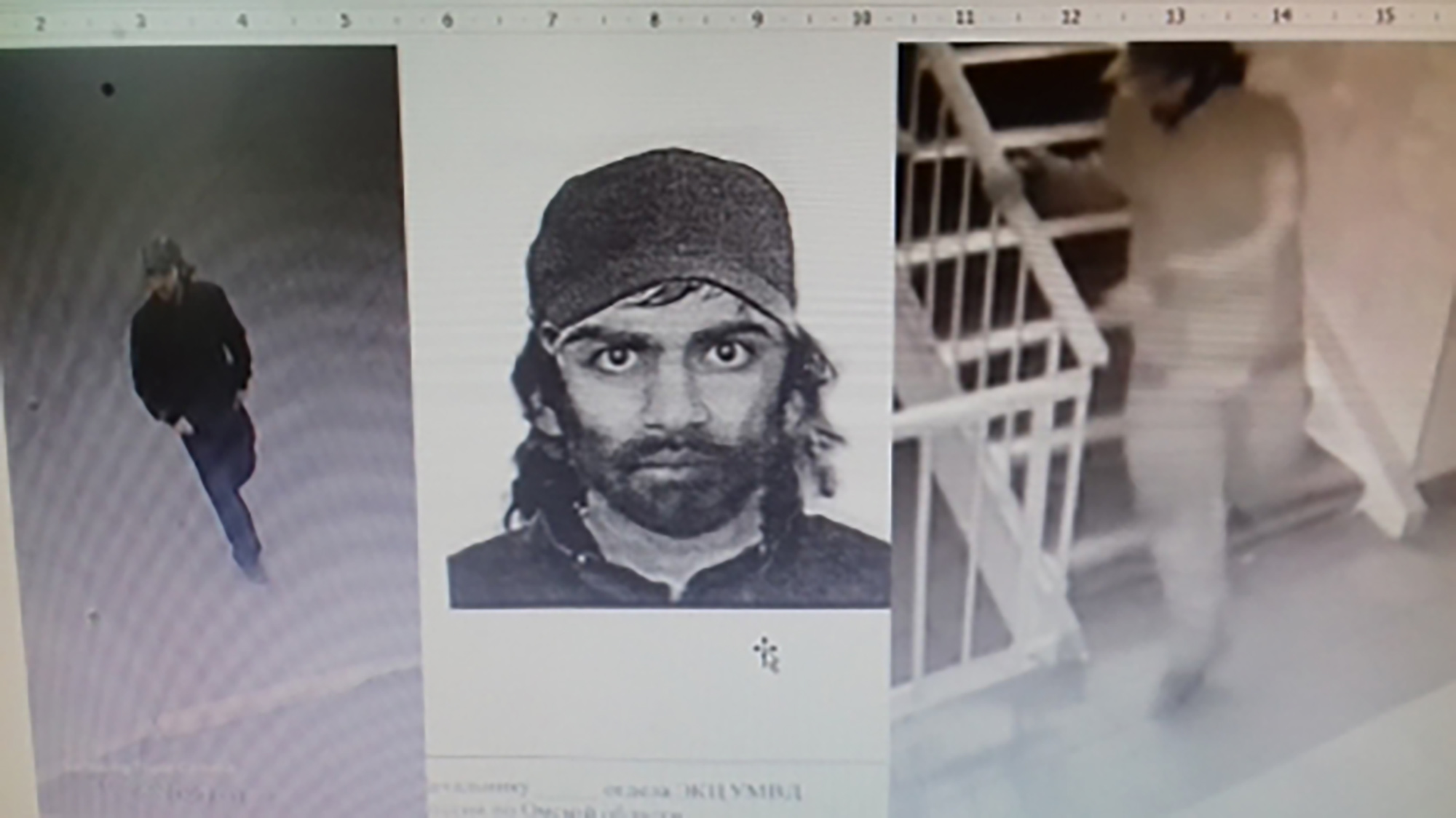 Luckily, the terrified child managed to escape after a fierce struggle on the staircase with her would-be kidnapper in Omsk, southwestern Siberia.

The brave girl clung with all her strength to the stairwell railing as the man sought but failed to yank her away after tailing her.

The brazen attacker then fled – possibly in fear of being caught.

A major hunt has now been launched to track down the suspected child sex attacker.

The girl told her parents and they reported the chilling attempted abduction to cops. 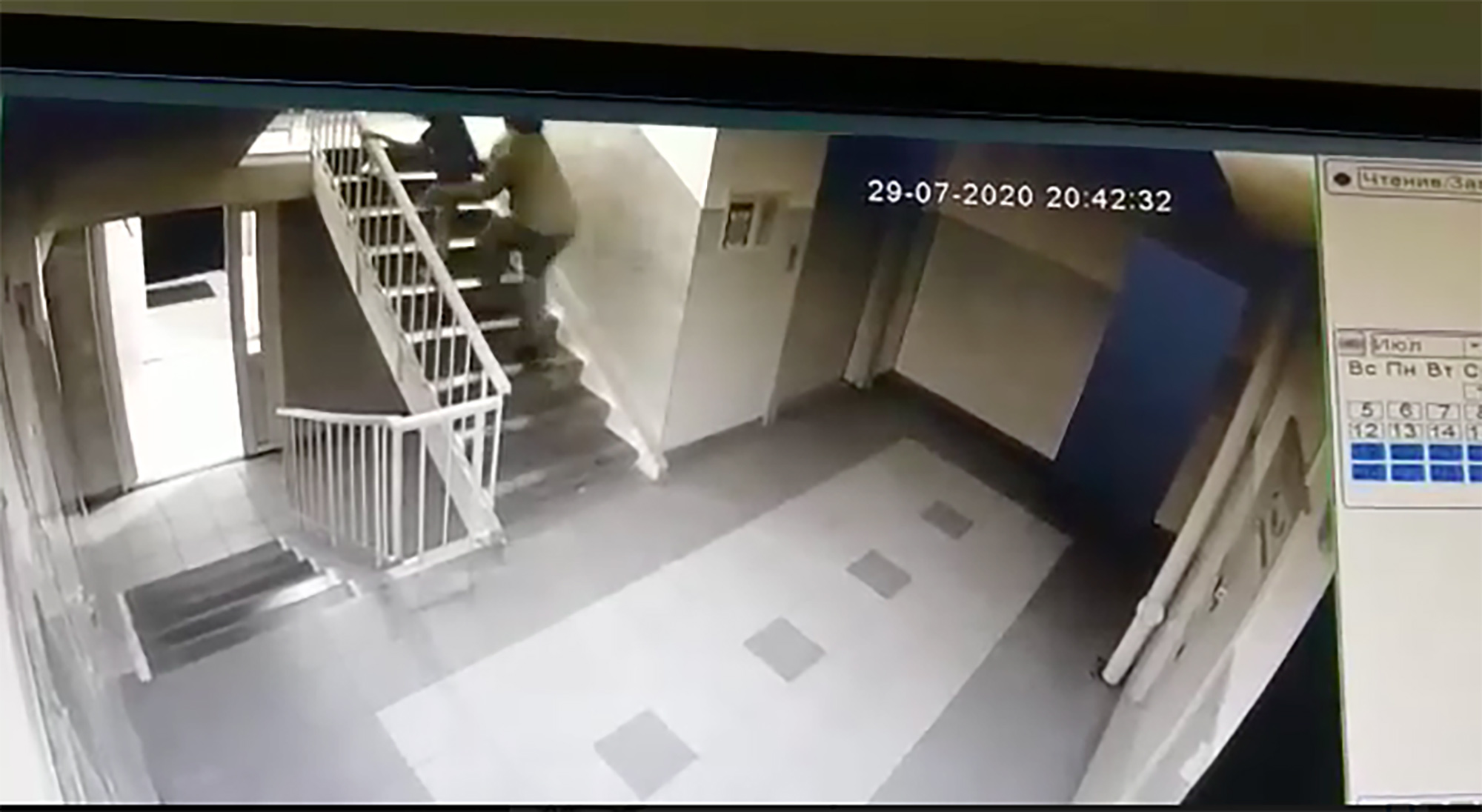 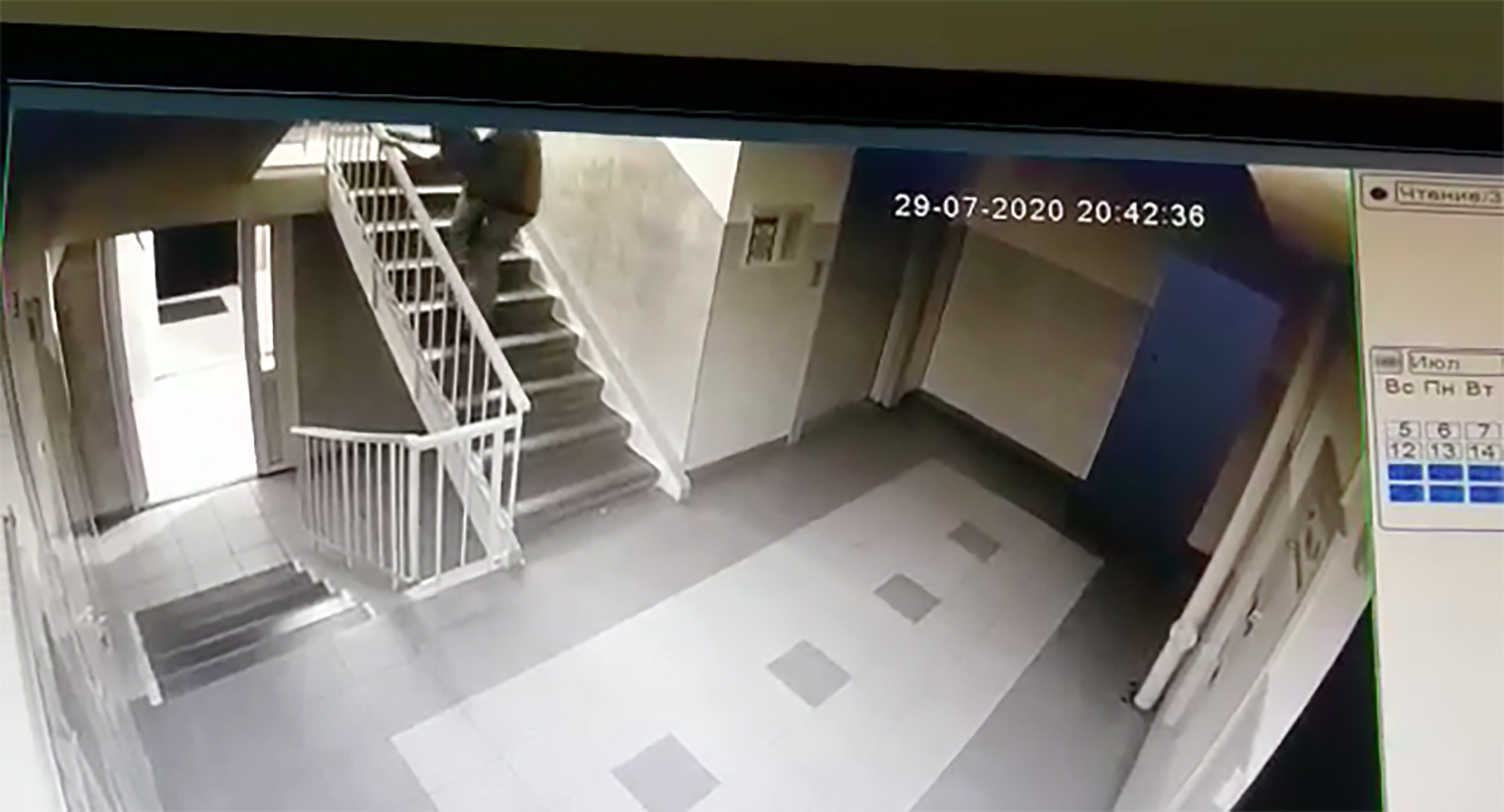 Footage of the attack was found on a security surveillance camera in the apartment block.

The suspected pervert was described as being 25-30 years old and of average build.

The man is believed to be 5ft 9 inches tall, with long curly hair to his shoulders and bristles on his face.

He was described as wearing a black jacket, black trousers, black boots, and a dark grey cap.

The girl was not physically harmed in the attack, said the Russian Investigative Committee – which oversees the hunting down and prosecution of criminals.

“Measures are being taken to solve this crime and capture the suspect,” the committee announced. 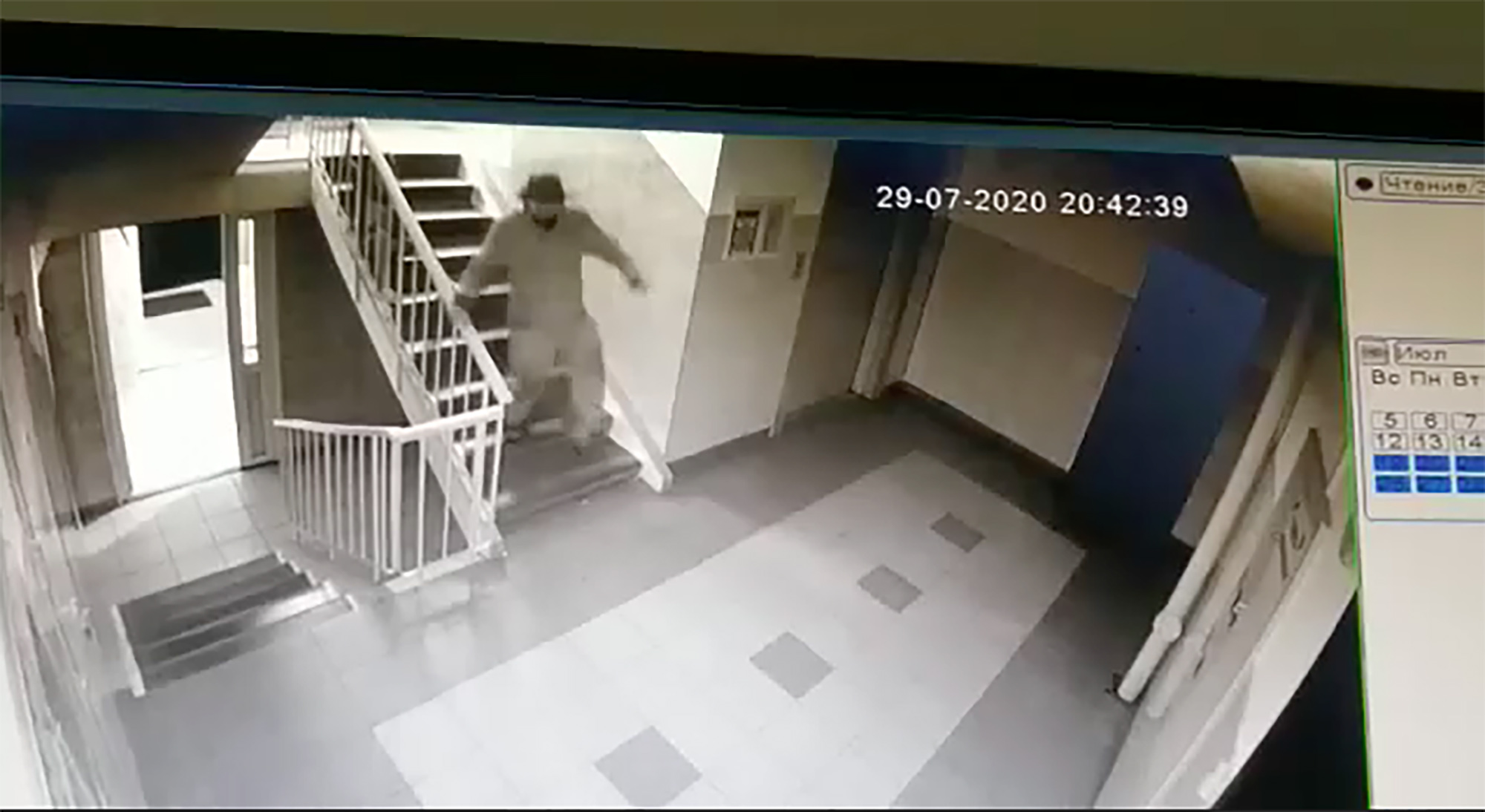