China ‘concealed’ coronavirus from West and is trying to evade blame, says ex-MI6 chief – as former Cabinet minister William Hague warns UK must NOT rely on Beijing for technology

China concealed coronavirus from the West and is ‘evading’ blame for the pandemic, a former head of MI6 said today.

Sir John Sawers said Beijing was not honest when the disease first surfaced and faced ‘anger’ from the international community.

He also insisted the World Health Organisation (WHO) faced ‘serious questions’ for failing to scrutinise China’s activities – although he suggested Donald Trump should direct his fury at the country rather than the UN agency.

The comments came after ex-foreign secretary Lord Hague warned the UK cannot be dependent on the Asian superpower for technology after the crisis demonstrated it does not ‘play by our rules’.

The US president launched an extraordinary attack on the ‘China-centric’ WHO overnight, declaring that he was freezing millions of pounds in funding. 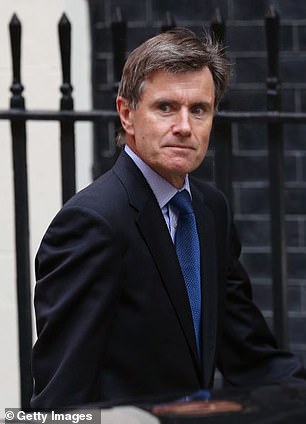 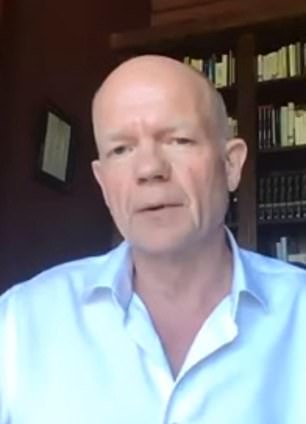 Sir John Sawers (left) said Beijing was not honest when the disease first surfaced and faced ‘anger’ from the international community.  Ex-foreign secretary Lord Hague (right) warned the UK cannot be dependent on the Asian superpower for technology after the crisis demonstrated it does not ‘play by our rules’

MPs have been demanding a major overhaul of British relations with Beijing, saying its companies should not be allowed to play a part in the new 5G telecoms network.

Speaking on BBC Radio 4’s Today programme, Sir John said: ‘There is deep anger in America at what they see as having been inflicted on us all by China, and China is evading a good deal of responsibility for the origin of the virus, for failing to deal with it initially.

‘At the same time we cannot find a way out of this without working with China… The world will not be the same after the virus as it was before.’

Sir John said ‘intelligence is about acquiring information which has been concealed from you by other states and other actors’.

‘There was a brief period in December and January when the Chinese were indeed concealing this from the West,’ he said.

But he said Mr Trump’s decision to target the WHO was not the best response.

‘It would be better to hold China responsible for those issues than the WHO… heads of UN agencies are wary of offending one of the major powers. But that doesn’t excuse the head of the WHO for failing to stand up for the facts, the data, and making the right demands of China,’ he said.

‘I think the WHO has got serious questions to answer about its performance, but anger should be directed against China rather than the UN agencies.’

In a debate hosted by the Policy Exchange think-tank last night, Lord Hague said the West’s policy towards China was ‘incoherent and ineffective’.

‘This crisis reinforces the case for two major pillars to be established for Western policy towards China,’ he said.

The first arises from the fact that China isn’t going to play by our rules, and that means that we cannot possibly be strategically dependent on China in many respects, including on technology.

‘The Covid-19 crisis is an example of such a dramatic world crisis. So we can’t be dependent on China, but we can’t be without a framework of cooperation with China.’

He said currently the US was pursuing a policy solely based on ‘strategic independence’, while many European countries were focusing mainly on engagement.

‘We can’t have supply chains that are dependent for ever on China, that is exemplified by this current crisis, and we have to have regard to future technology and resources.’

Lord Hague said he saw little prospect of demands for an internation inquiry into coronavirus being heeded.

‘Can any of us see China agreeing to and permitting an international investigation into what’s happened here? I think that’s very unlikely and there have been co-ordinated attempts by China, on social media, to spread ideas that it was somebody else’s fault, including the fault of the US.’ 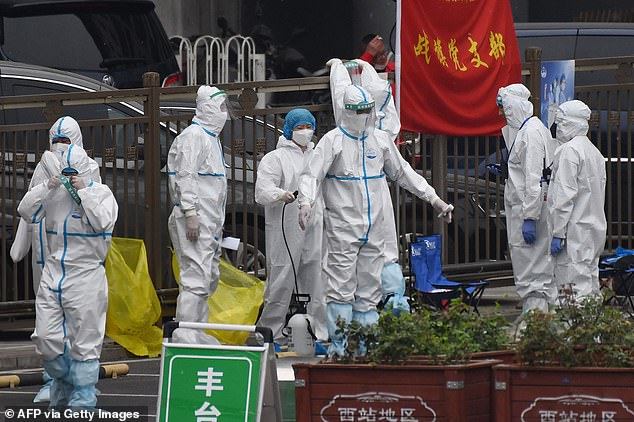 Lieutenant General HR McMaster, former national security adviser to US President Donald Trump, said it is time for the West to ‘get some more backbone’.

Lt Gen McMaster said it is ‘time for us to end our self-delusion on the Chinese Communist Party’ and admit that the West’s previous approach to relations with China ‘was wrong’.

He said: ‘Far from liberalising its form of governance, the Chinese Communist Party is perfecting this Orwellian surveillance police state internally and becoming more and more aggressive externally.

‘I think what we have to do is we have to recognise what is driving the party and then not try to continue with this self-delusion that the party is going to somehow liberalise and play by the rules.’

He added: ‘I think the way that they mishandled this Covid crisis just highlights for us the nature of the Chinese Communist Party.’

Lt Gen McMaster said: ‘I think that for all of us, we just have to recognise that this is going to take tremendous co-operation between us, because I think what we’re in now is a decoupling competition.

‘I think there is a broad recognition that the Chinese Communist Party is not going to change its behaviour and therefore we have to minimise our exposure, as Lord Hague said, our dependencies.’

He added: ‘Unless we get some more backbone ourselves and recognise that we have to compete, and then recognise that this is a competition between free and open societies and a closed authoritarian system imposed on the Chinese people by the Chinese Communist Party, we’ll remain at a disadvantage.’