'Civilization may not survive': Soros says Russia may have started WW3

‘Civilization may not survive this’: US billionaire George Soros says Russia may have started World War Three and the only way to save mankind is to defeat Putin

Billionaire financier George Soros said on Tuesday that Russia’s invasion of Ukraine may have been the beginning of World War Three and the best way to preserve free civilisation was for the West to defeat President Vladimir Putin’s forces.

Soros, 91, a legendary hedge fund manager who earned fame by betting against the pound in 1992, cast the Ukraine war as part of a broader struggle between open societies and closed societies such as China and Russia which were in the ascent.

‘The invasion may have been the beginning of the Third World War and our civilization may not survive it,’ Soros told Davos, according to a text of his speech released by his office.

‘The best and perhaps only way to preserve our civilization is to defeat Putin as soon as possible. That’s the bottom line.’

Soros said that Putin, who says the ‘special operation’ in Ukraine is going to plan and will achieve all the Kremlin’s aims, now believed the invasion was a mistake and was preparing to negotiate a ceasefire. 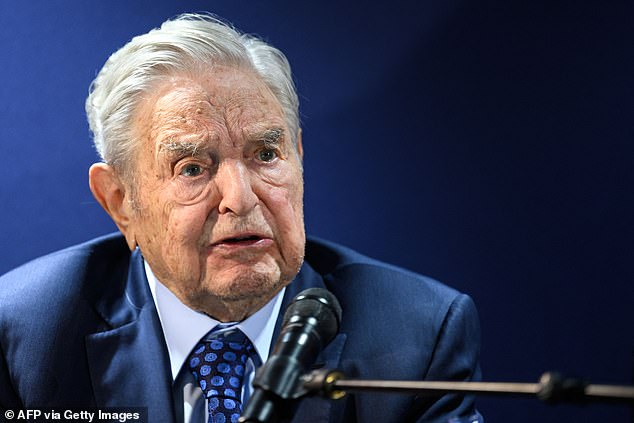 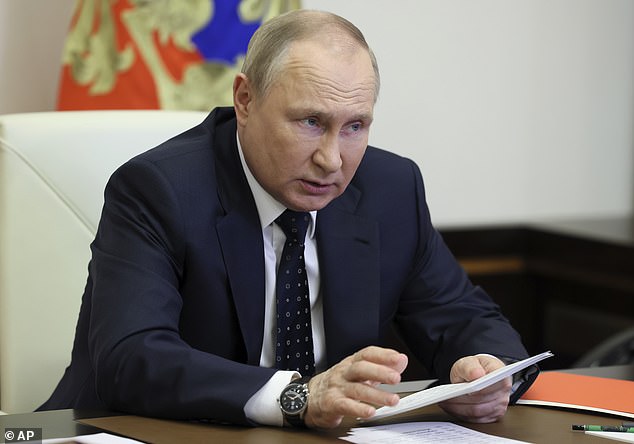 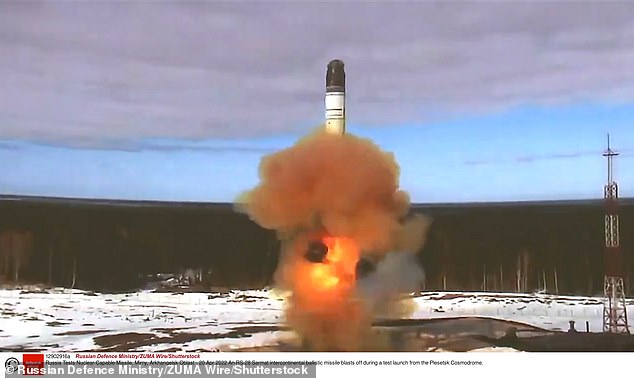 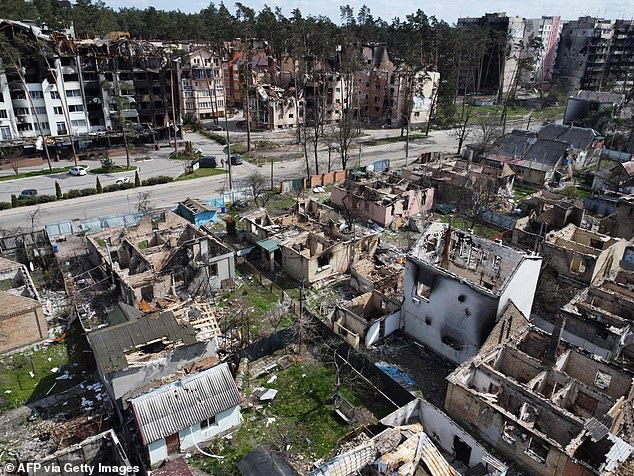 Pictured: A destroyed residential area in Irpin, near Kyiv. The Russian invasion of Ukraine may be the start of World War Three, Soros fears

‘But the ceasefire is unattainable because he cannot be trusted,’ Soros said. ‘The weaker Putin gets the more unpredictable he becomes.’

Soros said the European Union had to understand that Putin could turn off Russian natural gas, which currently accounts for about 40% of Europe’s needs, ‘while it really hurts’.

Russia’s Feb 24 invasion of Ukraine has killed thousands of people, displaced millions more and raised fears of the most serious confrontation between Russia and the United States since the 1962 Cuban Missile Crisis.

Putin says the United States was using Ukraine to threaten Russia through NATO enlargement and Moscow had to defend against the persecution of Russian-speaking people.

Ukraine and its Western allies reject these as baseless pretexts to invade a sovereign country.

‘I can’t predict the outcome, but Ukraine certainly has a fighting chance,’ Soros said.

Soros cast Russia, by far the world’s biggest country by area, and China, the world’s second largest economy, as the leading members of a group of ascendant ‘closed societies’ where the individual was subservient to the state.

Echoing US President Joe Biden, who has said the West is locked in a battle with autocratic governments, Soros also added some pessimism.

‘Repressive regimes are now in the ascendant and open societies are under siege,’ Soros said. ‘Today China and Russia present the greatest threat to open society.’

Soros said digital technology, especially artificial intelligence, had helped China to collect personal data for the surveillance and control of its citizens more aggressively than ever before.

Chinese officials dismiss foreign criticism as clouded by outdated colonial thinking. Such officials laud the Communist Party for throwing off foreign oppressors and rebuilding China by lifting 800 million people out of poverty.

Soros criticised President Xi Jinping’s ‘zero-COVID’ strategy, saying it had failed and tipped Shanghai towards ‘the verge of open rebellion.’

Along with the COVID policy, Soros said Xi had made a series of mistakes which could cost him significant influence as the Communist Party prepares for a decision on awarding him a precedent-breaking third term.

‘Contrary to general expectations Xi Jinping may not get his coveted third term because of the mistakes he has made,’ Soros said. ‘But even if he does, the Politburo may not give him a free hand to select the members of the next Politburo.’ (Reporting by Guy Faulconbridge, Editing by Rosalba O’Brien)