THE defense team of the former Texas cop who was sentenced to 10 years for killing her black neighbor filed an appeal this week to overturn her conviction.

Amber Guyger, a white former officer with the Dallas Police Department, was given a decade behind bars for fatally shooting her neighbor Botham Jean in September 2018. 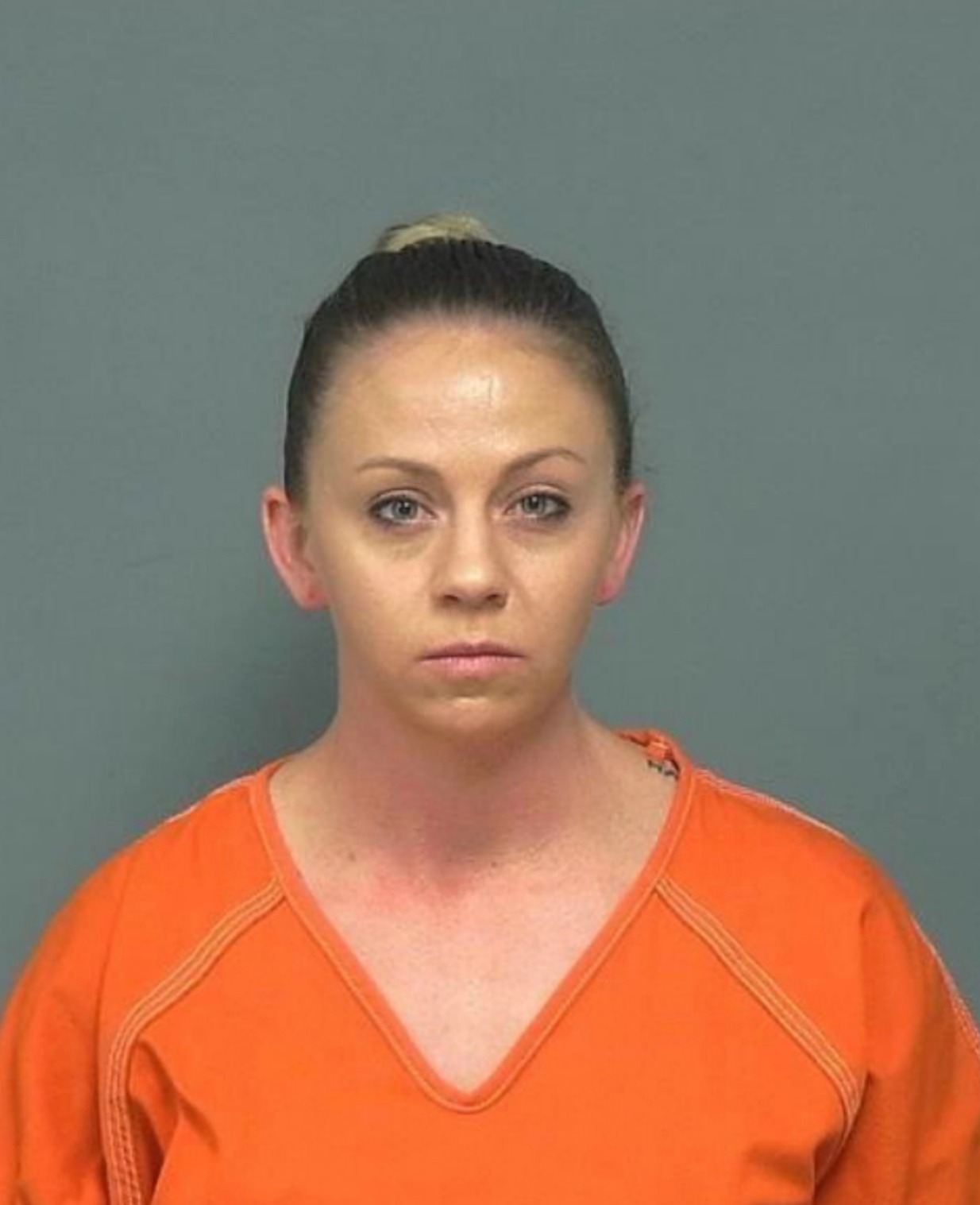 Guyger claimed during her trial that she shot Jean, 26, after she walked into his apartment, thinking it was her own.

The woman, still dressed in her police uniform from working a long shift, fired two shots at Jean, who was eating ice cream while sitting in the apartment, which was unlocked. 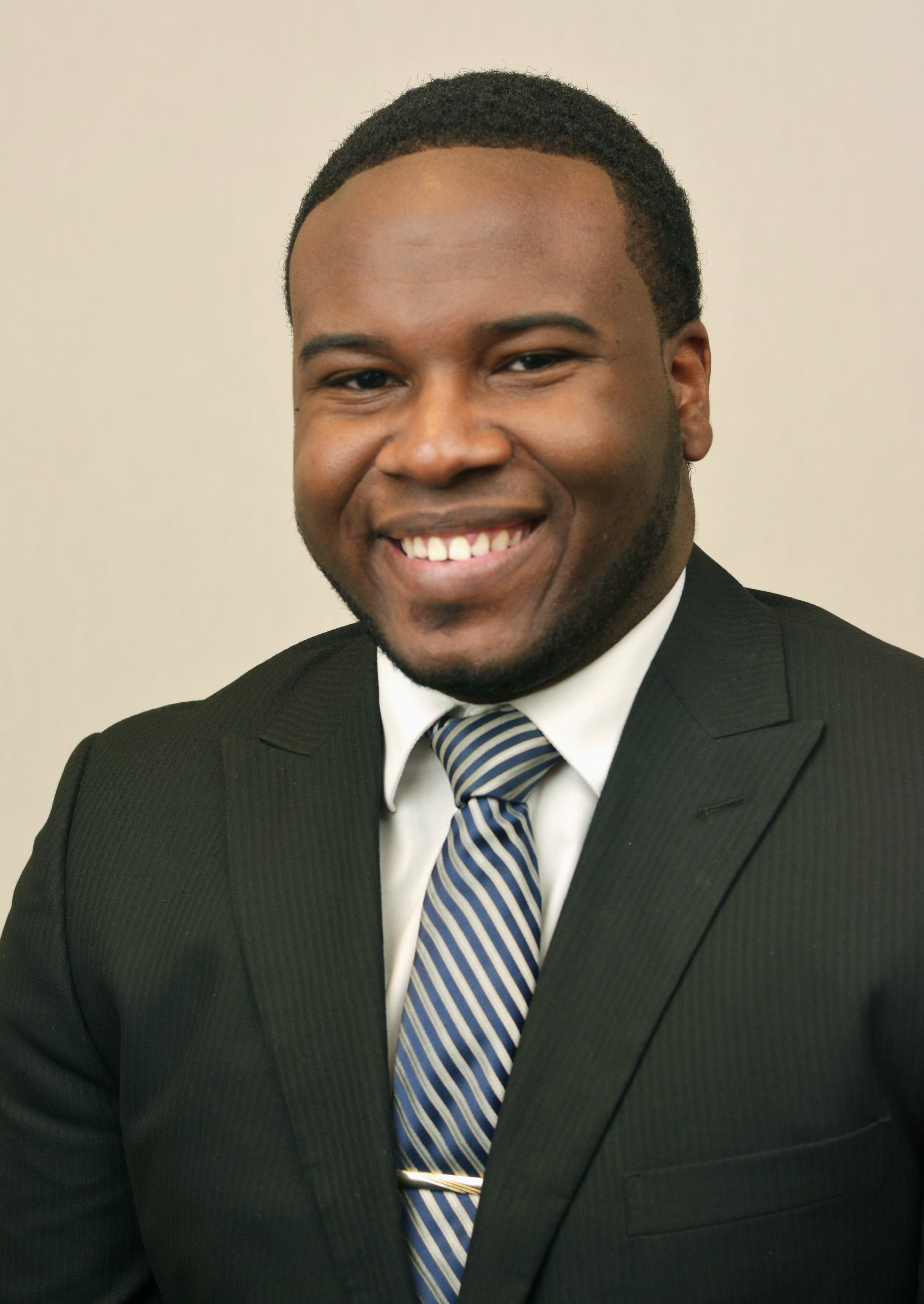 "I was scared to death," Guyger testified, adding that she feared for her life and her "heart rate just skyrocketed."

Guyger was fired after the shooting and charged with murder.

In October 2019, she was sentenced to 10 years in prison for killing Jean, who was an accountant from St Lucia, a Caribbean nation.

This week, her defense team filed an appeal to overturn her murder conviction and instead convict her of criminally negligent homicide, The Dallas Morning News reported. 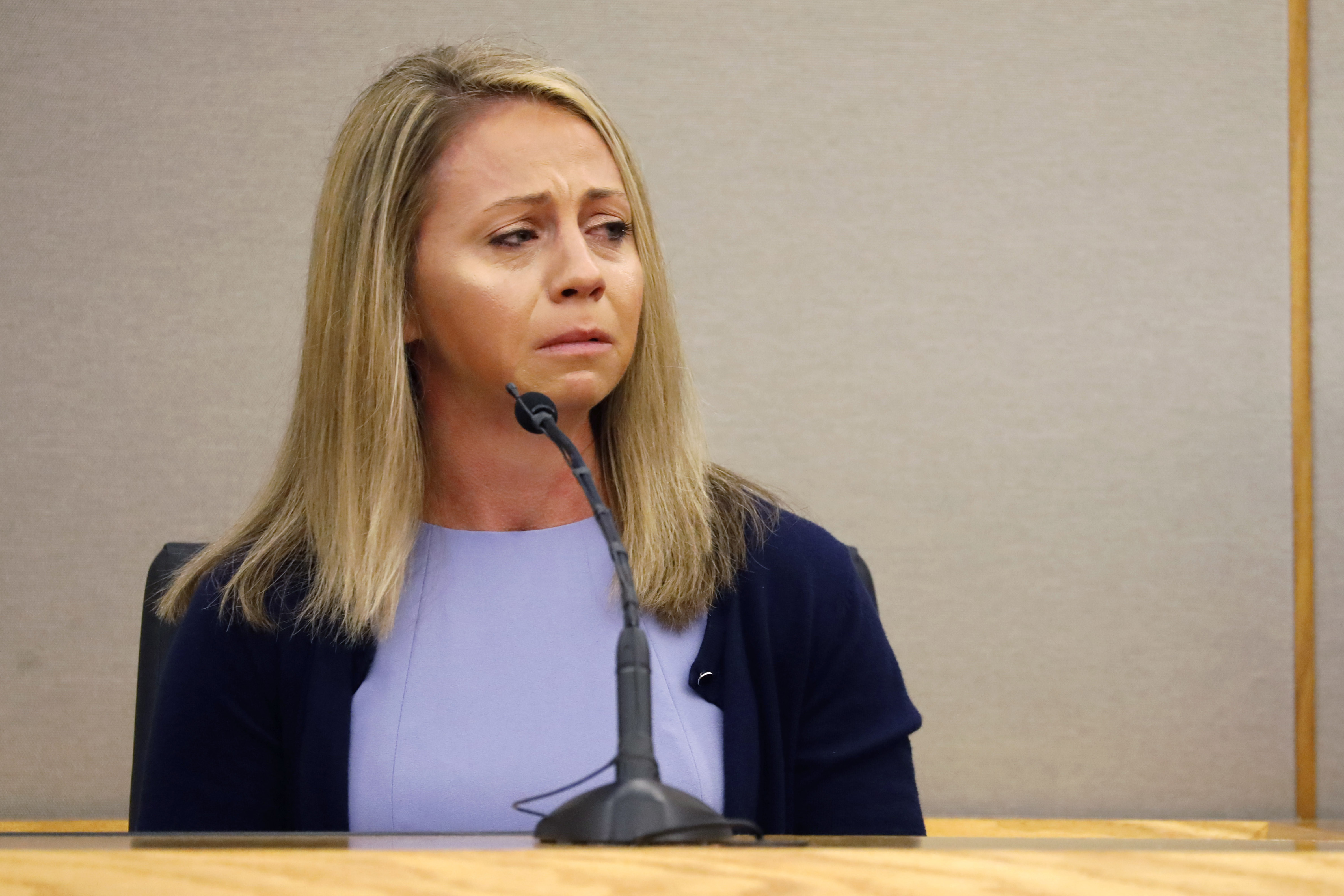 Guyger’s defense is arguing that there is insufficient evidence for her murder conviction.

Per her appeal that was filed on Tuesday with the Fifth Court of Appeals, Guyger claims she was confused when she got to her apartment on September 6, 2018.

She lived on the third floor of their apartment building, while Jean lived on the fourth floor, right above her. 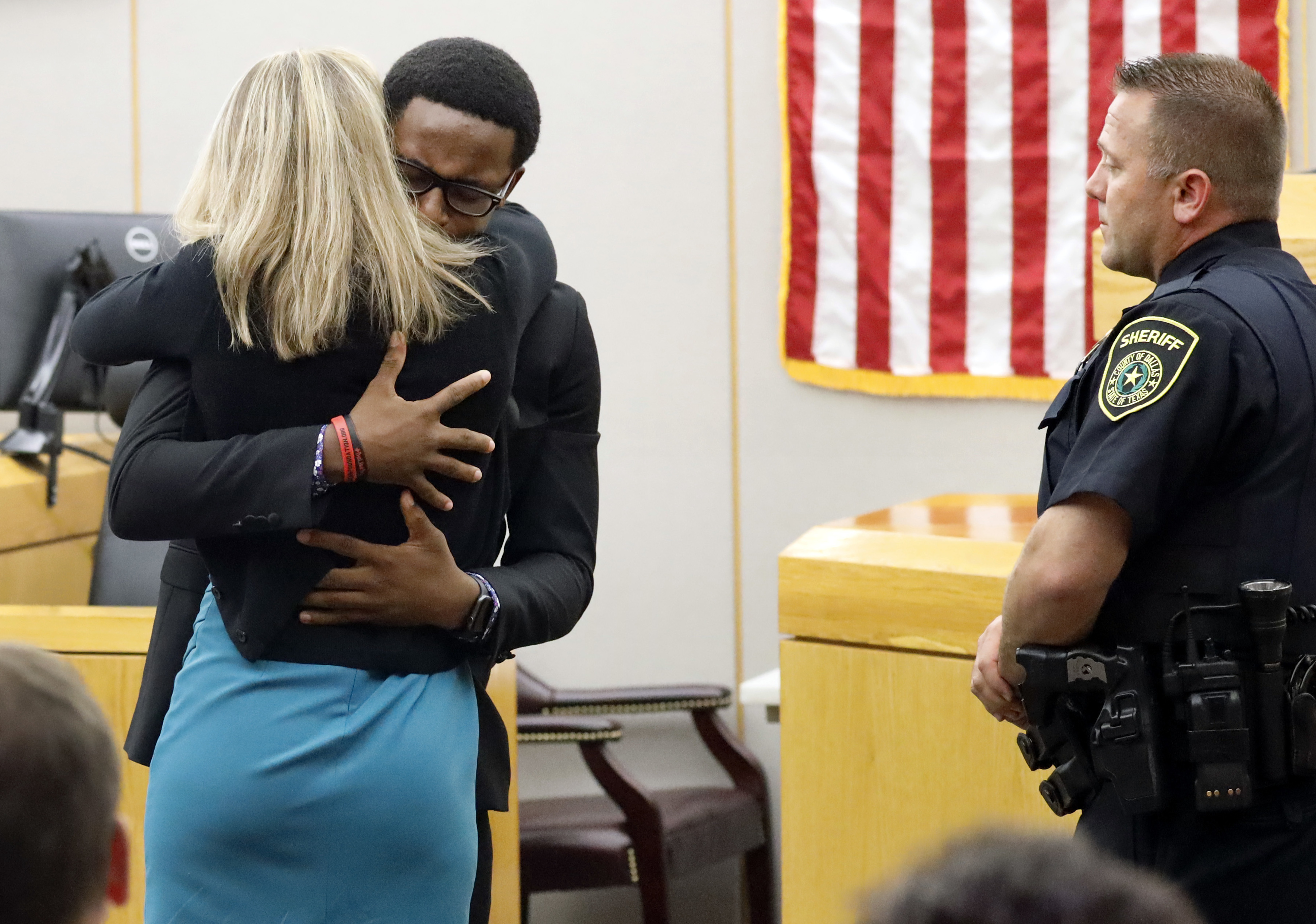 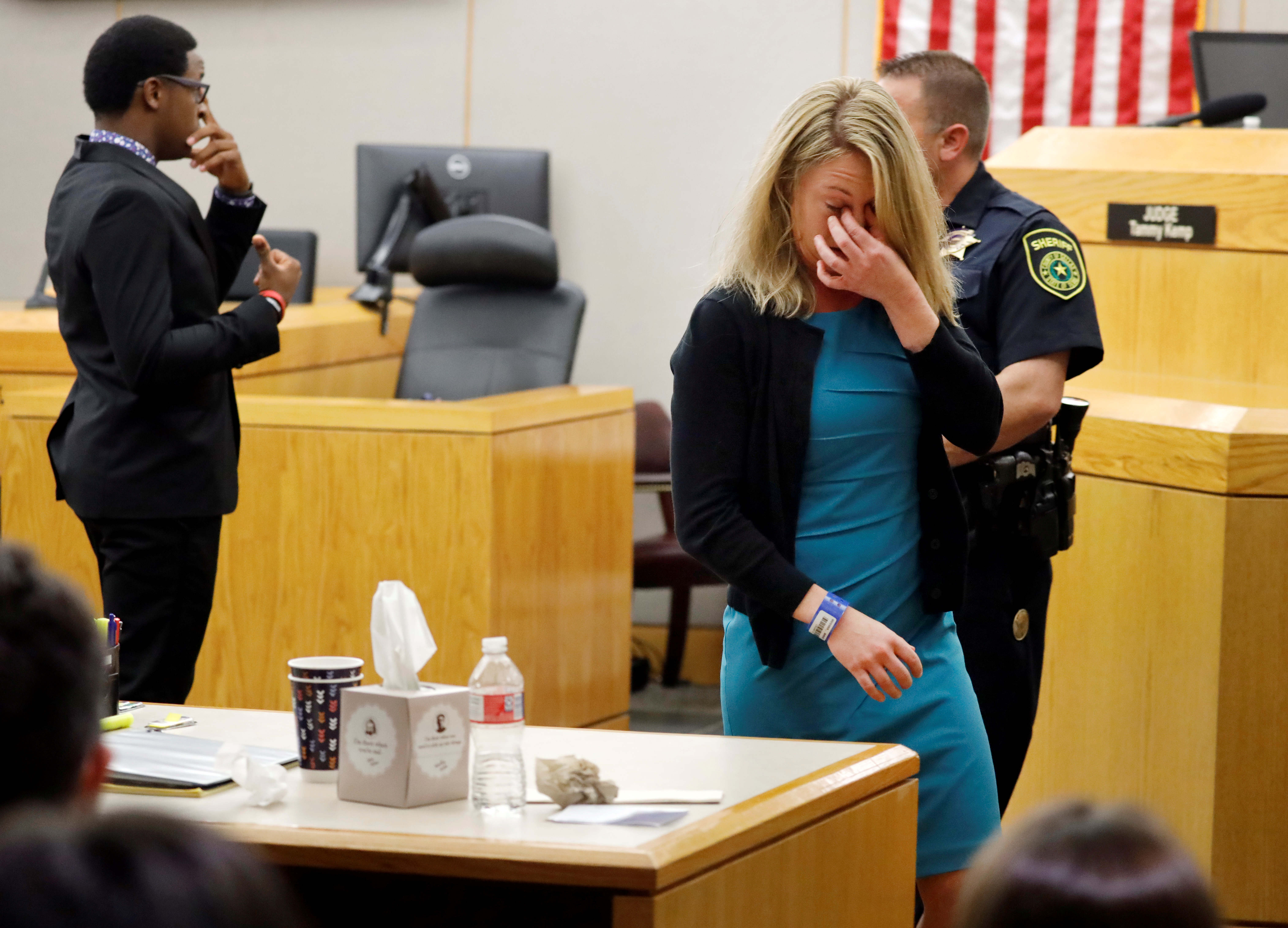 Guyger’s defense has argued that the apartment complex didn’t have any signs up or indicators that told people what floor of the building they were on, therefore she was confused.

The former cop’s appeal also notes that Jean’s apartment was unlocked at the time of the shooting. 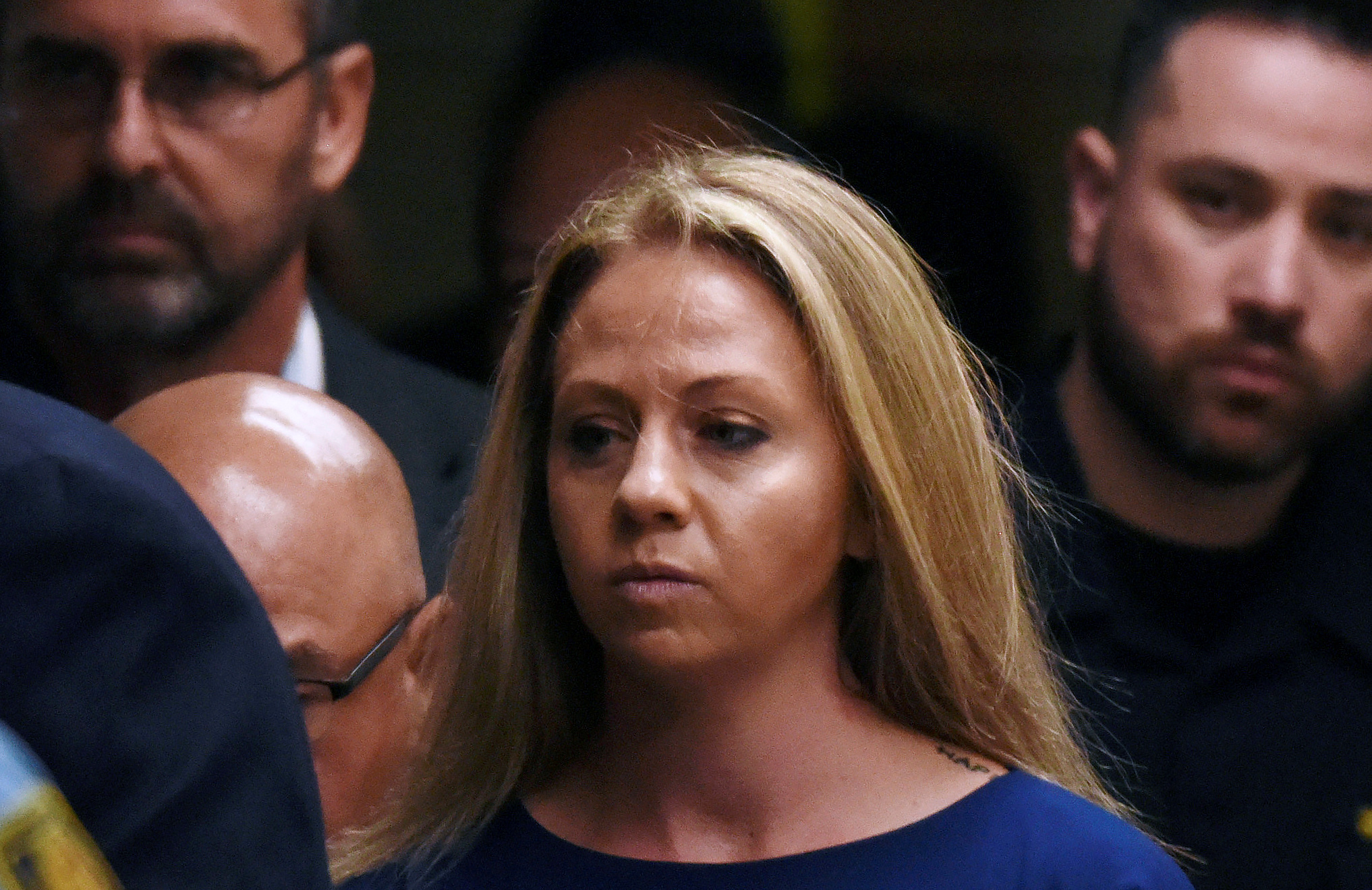 He said he believed his brother would want Guyger to give her life to Christ.
The brother of a man who was killed by a Dallas police officer in his own home has forgiven and hugged her in the courtroom where she was sentenced to 10 years in prison.

Addressing Amber Guyger in the courtroom Wednesday after the jury sentenced her to a decade behind bars for killing his brother, Botham Jean, Brandt Jean said he thinks that his brother would want Guyger to give her life to Christ.

He told her: “I love you as a person. I don’t wish anything bad on you.”

He then asked the judge, “I don’t know if this is possible, but can I give her a hug?”

The judge said he could and Brand Jean and Guyger embraced in front of the courtroom as Guyger cried.