COPS held a black family – including children – at gunpoint and handcuffed them on the ground after allegedly mistakenly registering their vehicle as stolen. 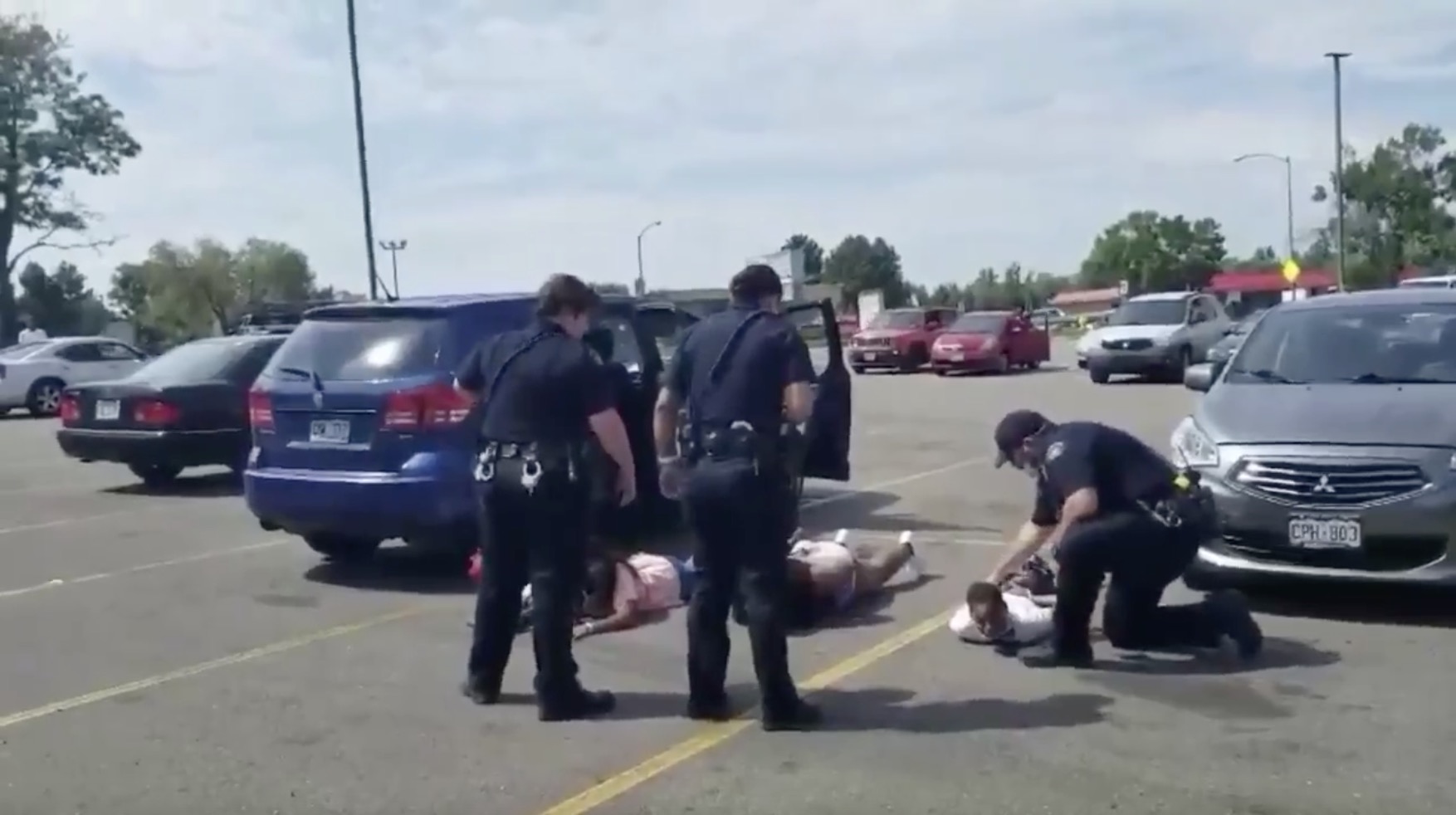 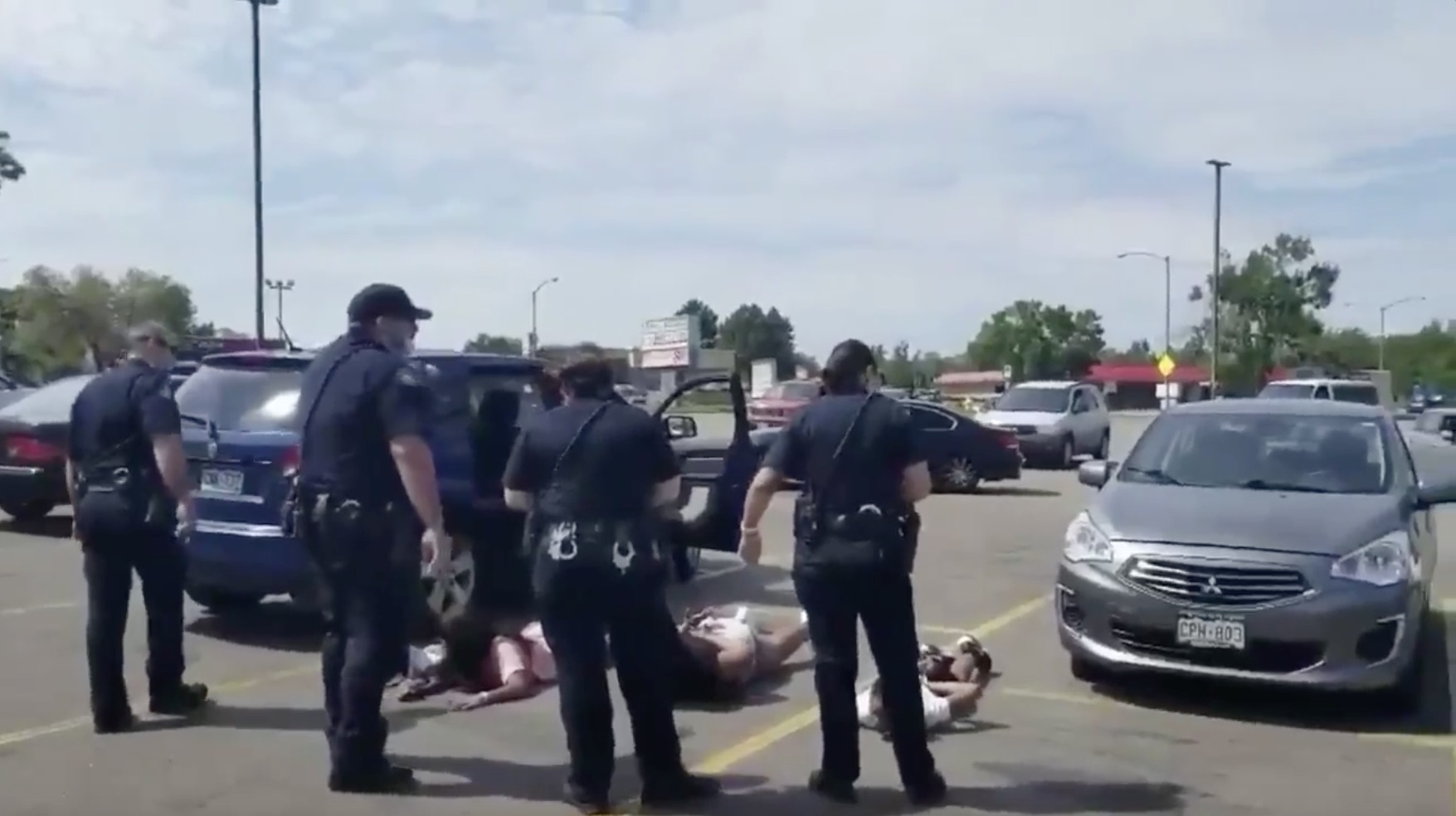 The Colorado family was seen in video laying on the ground, with their hands behind their back in cuffs.

Some of the family members were reportedly children, between the ages of 6 to 17.

The family were heard screaming as they lay on the ground.

"I want my mommy!" one person yelled.

"Can I have my sister next to me?" one person asked a cop while sobbing.

Cops eventually allowed the family to roll over from laying on their stomachs to be seated.

Brittney Gilliam, who said she was the driver of the car, told KUSA that she had taken her daughter, nieces and little sister to get their nails done.

The family realized the salon was closed, and got back in their vehicle – only for it to be surrounded by cops who drew their guns, Gilliam claims.

"He’s like something about the car being reported stolen," Gilliam told KUSA.

Aurora police said that day, they had been notified that a vehicle with the licence plate number and description was possibly stolen.

Cops said they found a car matching the description and stopped the vehicle. 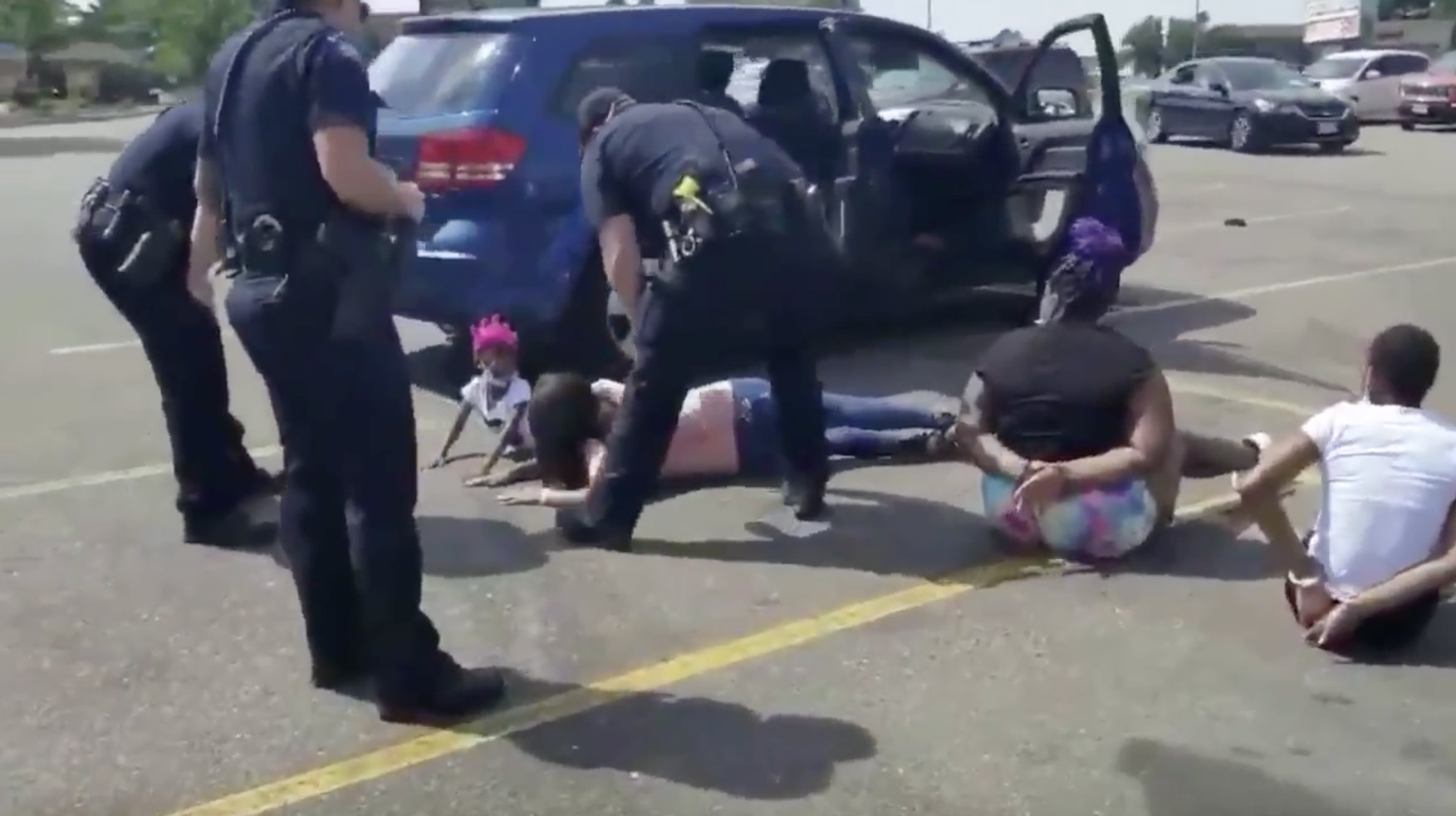 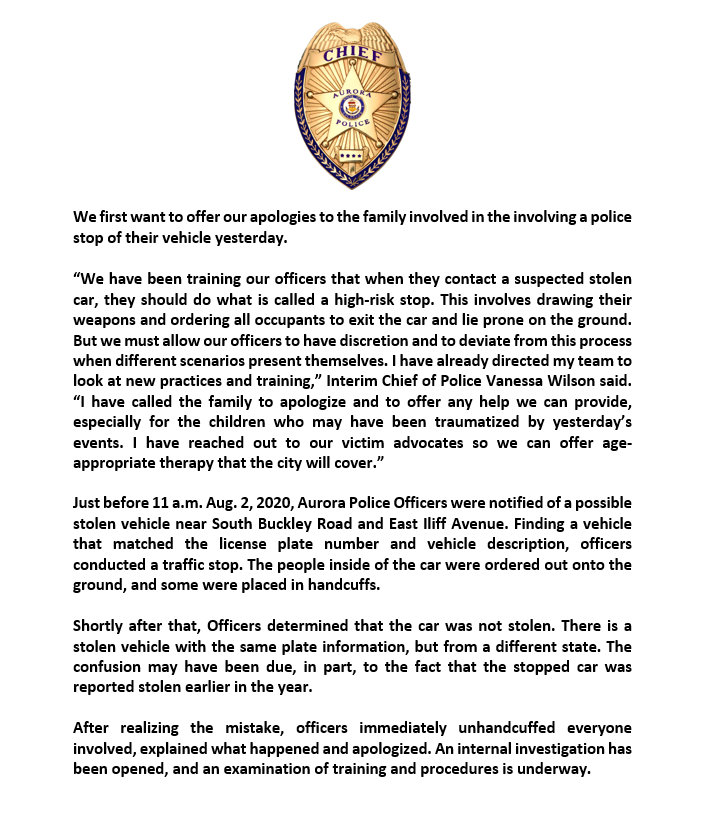 "The people inside the car were ordered out onto the ground, and some were placed in handcuffs," police said in a statement.

However, Aurora police said: "Shortly after that, Officers determined that the car was not stolen."

"There is a stolen vehicle with the same plate information, but from a different state. The confusion may have been due, in part, to the fact that the stopped car was reported stolen earlier this year," police said.

Cops said once they found out the car was not stolen, they "immediately unhandcuffed everyone involved, explained what happened and apologized."

Gilliam told KUSA this was not the first time there was confusion over the vehicle being reported stolen.

"And I’m like 'this happened months ago, you guys cleared it we got to pick up the car the next day the very next day so I’m not understanding what’s going on," Gilliam said.

Aurora Police Chief Vanessa Wilson said in a statement that cops have been trained to "do what's called a high-risk stop" when they suspect a car is stolen. 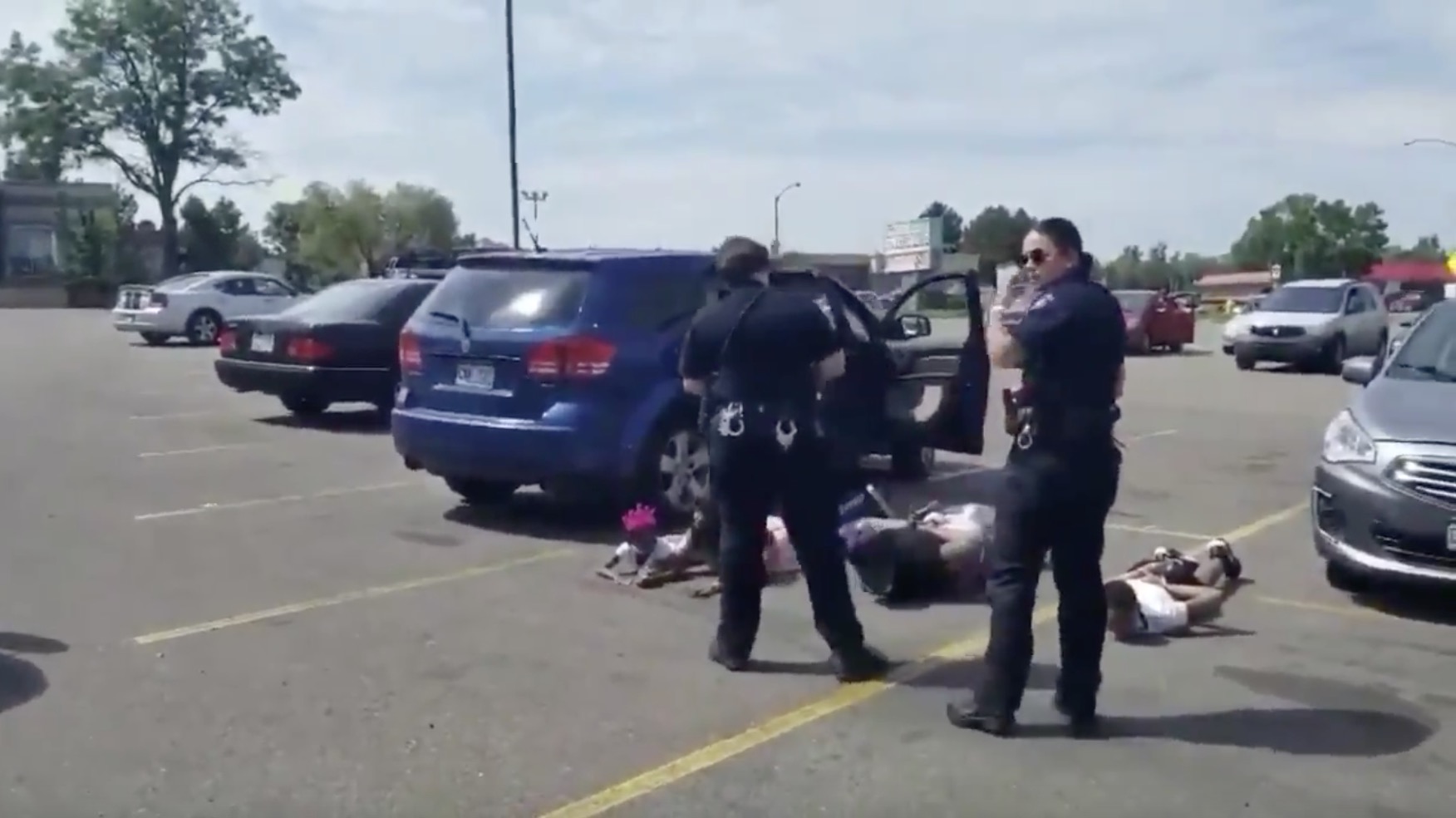 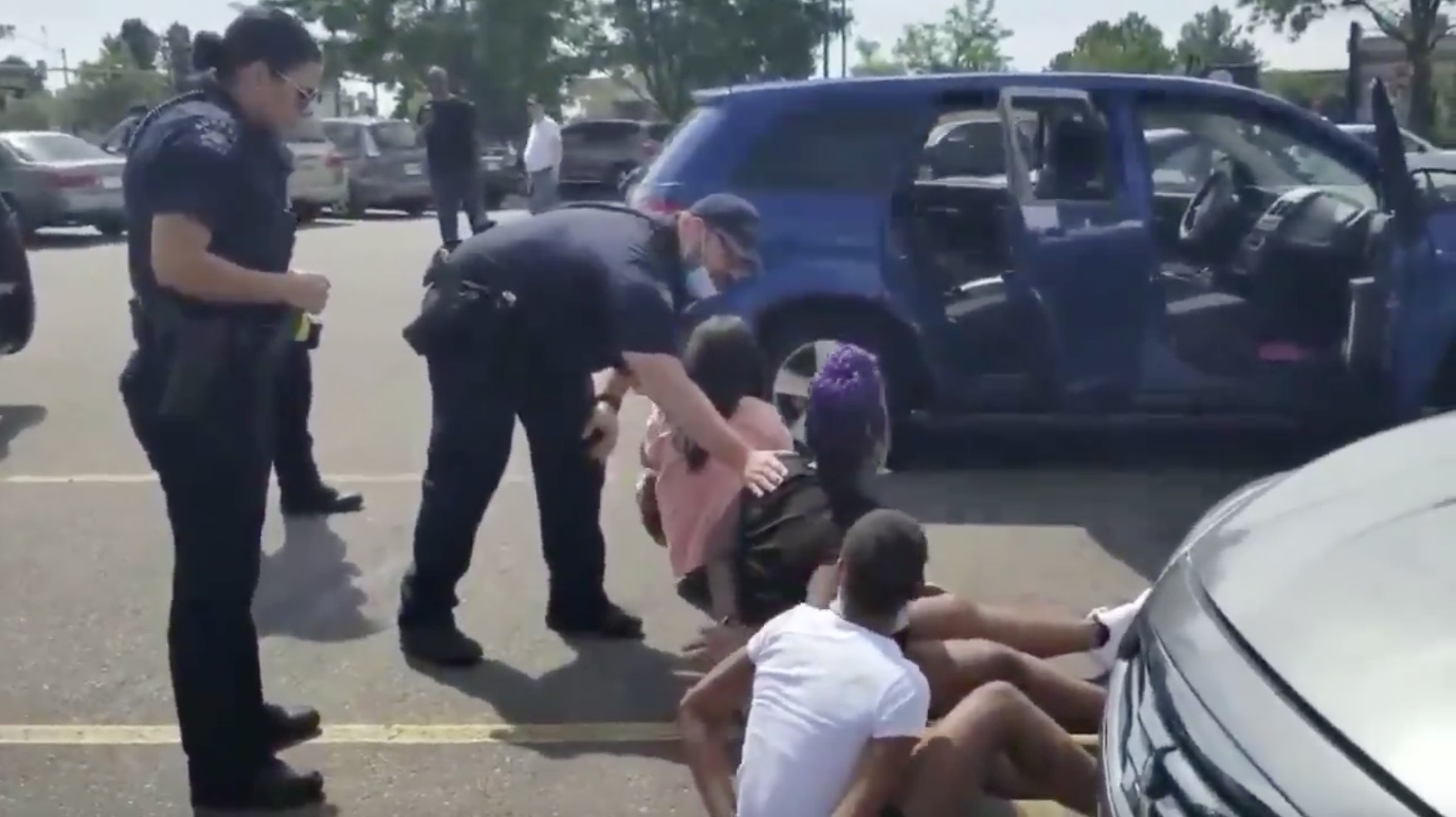 "This involves drawing their weapons and ordering all occupants to exit the car and lie prone on the ground," Wilson said.

"But we must allow our officers to have discretion and to deviate from this process when different scenarios present themselves. I have already directed my team to look at new practices and training," Wilson added.

She said she called the family to apologize and offer help "especially for the children who may have been traumatized."

Police said they have opened an internal investigation into the incident.

Floyd, a 46-year-old black man, died on May 25 when Minneapolis cop Derek Chauvin was seen kneeling on his neck during an arrest.

Video of the incident showed Floyd saying "I can't breathe" multiple times – but for nearly nine minutes, Chauvin did not move his knee.

Public outrage was sparked after Floyd's death, and demonstrators have shown support for the Black Lives Matter movement as they call for an end to systemic racism and police brutality.