Cops have identified the man they say stabbed an Eric Adams campaign volunteer in the South Bronx, officials said Wednesday.

The 42-year-old staffer was repeatedly stabbed around 2:30 p.m. Sunday near East 149th Street and Morris Avenue in a shocking attack captured on video.

Chief James Essig said Wednesday during a press conference that cops were looking for Gary Oliver. 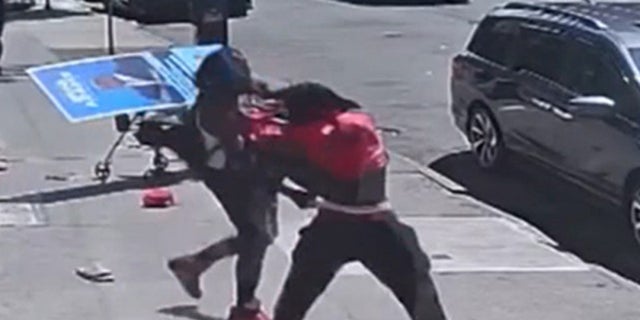 “He’s wanted in terms of the stabbing,” Essig said, adding, “The victim isn’t cooperating with us.”

“We have a video of our complainant stabbed in the chest,” he added.

Essig said the violent encounter happened outside a bodega when “two males walk up to him [the staffer], they shake hands.”

“They appear to know each other and the campaign worker is stabbed in the chest,” he said. “We have developed enough information to bring charges against one individual.”

Cops are also looking for a second unnamed person who Essig said was not involved in the stabbing. It was unclear what his alleged role was in the encounter.