London: The barrister who hired Malcolm Turnbull to act in the famous Spycatcher case says Australia's decision to copy parts of Britain's defamation law will reduce the country's "plaintiff bonanza," saying it halved libel cases in the UK when it was introduced.

But David Hooper, QC, warned sky-high legal bills racked up through plaintiffs lodging defamation claims, as has been seen in the UK, could still serve to silence media and other organisations from investigative journalism and research. 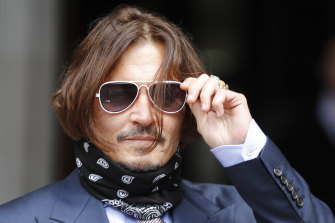 On Wednesday, NSW Attorney-General Mark Speakman became the country’s first Attorney-General to introduce the defamation changes to Parliament and the other states and territories will follow suit.

The reforms include a new "serious harm" threshold to weed out trivial claims before a trial and a public interest defence aimed at protecting investigative reports, both of which are modelled on British law.

Backbenchers who called for Australian defamation laws to be strengthened in favour of public interest journalism said they were hopeful the new laws would increase scrutiny of foreign interference in Australia's democratic processes and send a warning to those who have engaged in "lawfare" to try and silence the free press.

Mr Hooper, whose practice centred on defending media companies against defamation actions before his retirement, told The Sydney Morning Herald and The Age that Australia was known as a "plaintiff bonanza".

He said introducing a public interest defence for the media and requiring those claiming to have been defamed to prove they suffered serious harm as a result of the reporting about them was a positive step forward for Australia.

"I think it's going to be very good," Mr Hooper said. "It's been such a plaintiff bonanza in Australia; we read of these ridiculously high awards, quite often by some fairly controversial characters."

He said defamation law was mostly used by celebrities, as demonstrated in the past few weeks, with the intimate details of actor Johnny Depp’s relationship with actress Amber Heard broadcast to the world as a result of Depp's defamation case against The Sun newspaper and its executive editor Dan Wooten.

In recent years "there has been, probably, halving of the number of libel actions brought in this country," he said, noting that despite a spike in 2019, "The trend is certainly downward."

Mr Hooper said the key change had been not the public interest defence, which had already existed in case law before the UK Defamation Act 2013 was passed and came into effect in 2014, but the requirement that plaintiffs had to prove the defamation had caused them "serious harm".

"It puts an added burden on the claimant because they actually have, at the outset, to prove they've suffered serious harm, so it puts a fairly heavy burden on the plaintiff.

Mr Hooper said that since the defamation law's introduction, there had been an explosion in plaintiffs pursuing the media under privacy law, as Meghan Markle has done in her lawsuit against Associated Newspapers over articles in the Mail on Sunday in February 2019 that included parts of a handwritten letter she sent to her estranged father, Thomas Markle, in August 2018.

He also said while capping damages was a win for the media companies, it did not address the chilling effect of eye-watering legal bills could have on publishers, already struggling to secure advertising lost to the internet. 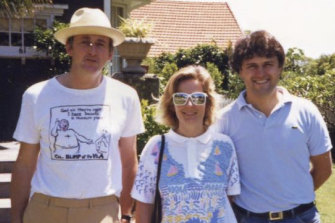 David Hooper QC (left) with Lucy and Malcolm Turnbull in the 1980s. Mr Hooper hired Mr Turnbull to fight the British government’s attempt to ban the publication of Spycatcher.

"A libel action could well cost you £1 or £2 million, we've had this case that's been running for several weeks with Johnny Depp and the costs in that are going to be absolute millions," Mr Hooper said.

"Investigative journalism is much reduced in this country with the media having less advertising revenue and reduced circulation, I mean it's certainly not a panacea."

But backbenchers who pushed for changes to Australia's defamation laws to help journalists investigating foreign interference welcomed the changes against so-called "lawfare".

"We can’t allow it to stifle debate on important topics any longer.

"Free speech is a powerful weapon against autocrats and their enablers, it allows us to expose their shady motivations and dangerous ideology. Reforming defamation will make the task of journalists and others willing to stand up that much easier."

Andrew Hastie, the chair of Federal Parliament's intelligence and security committee, told the Henry Jackson Society think tank in London this week that the changes made sense.

"Having some sort of national security carve-out or public interest test makes sense in my view," Mr Hastie said.