Cornish railway that has to use coal from KAZAKHSTAN

Cornish railway that has to use coal from KAZAKHSTAN: Steam railway imports coal from 3,100 miles away after ban on British mining forced pit in Wales to close

A heritage steam railway has been forced to import coal from more than 3,000 miles away after a ban on British mining led to pit closures.

Bodmin and Wenford Railway had been supplied by Ffos-y-Fran, an opencast mine less than 200 miles away in South Wales, for the last four years.

The pit near Merthyr Tydfil, one of the last sources of British coal, is to close in the coming months following the Government’s announcement that the fuel will be phased out from February next year.

It leaves the Cornish railway with little option but to source lower quality coal from a mine 3,100 miles away in Kazakhstan, after the Heritage Railway Association secured special dispensation to continue to use imported supplies despite available resources close by. All other heritage railways will have to soon do the same. 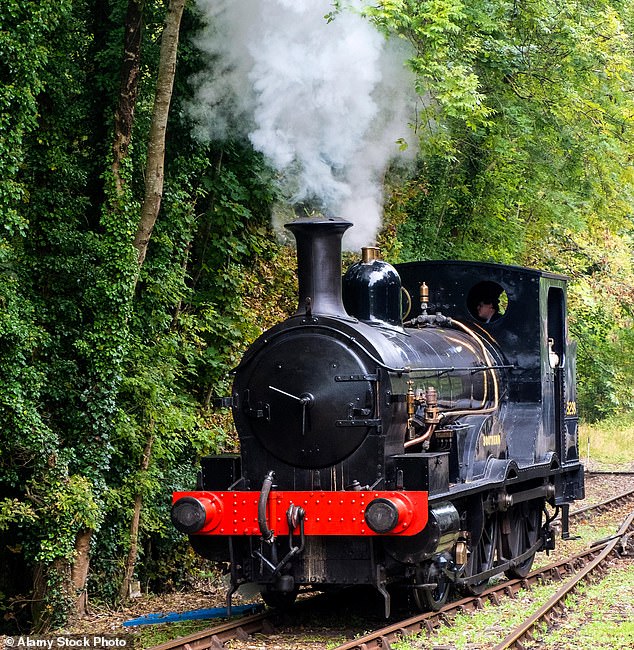 Bodmin and Wenford Railway had been supplied by Ffos-y-Fran, an opencast mine less than 200 miles away in South Wales, for the last four years

The Bodmin and Wenford Railway, which runs for six-and-a-half miles between Bodmin Parkway and Boscarne Junction, can burn up to two tons of coal a day.

Spokesman Jimmy James said: ‘Coal from Kazakhstan is imported through the port of Immingham after a couple of thousand miles of travel across Europe.

It then reaches Bodmin by road, through yet more eco-unfriendly travel. And it vastly increases the cost.

‘The Bodmin and Wenford was once part of the Great Western Railway, which used high-quality, less polluting Welsh steam coal to power its locomotives.

The majority of our locos are ex-GWR, thus purpose-built for the Welsh variety.

‘We do not know how reliable the Kazakh source may prove to be, nor as yet how much we will have to raise our prices.’

Mr James said Ffos-y-Fran was primarily there to supply the steel works at Port Talbot and nearby Aberthaw power station, and supplies to steam railways was ‘just a small part of their business’.

He added: ‘The logic of the steel industry having to import coal from around the world, and not using home resources, appears to be lost on the green lobby.’