THE COUPLE facing hate crime charges have pleaded not guilty and believe the charges against them are "politicized."

David Nelson and Nicole Anderson pleaded not guilty to three misdemeanor charges on Tuesday that their lawyer Bill Essayli claimed were unfair. 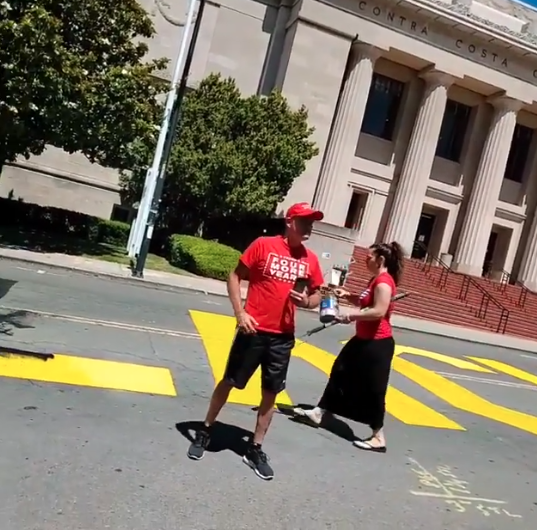 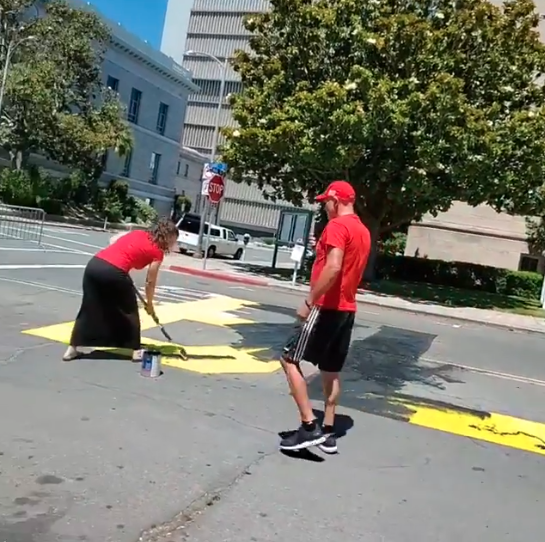 "Just as peaceful protesters have the right to march and display their political views in a myriad of different ways, they have the same right to display their dissatisfaction and disagreement with their tax dollars being used to sponsor a radical organization, Black Lives Matter," Essayli said.

On July 4, Nelson and Anderson were filmed covering a Black Lives Matter mural with paint.

In the footage, Anderson wearing a t-shirt with an American flag designed in the shape of a heart can be seen covering the mural in black paint, while Nelson in a “Four More Years” shirt stands by her, recording and yelling at upset people nearby. 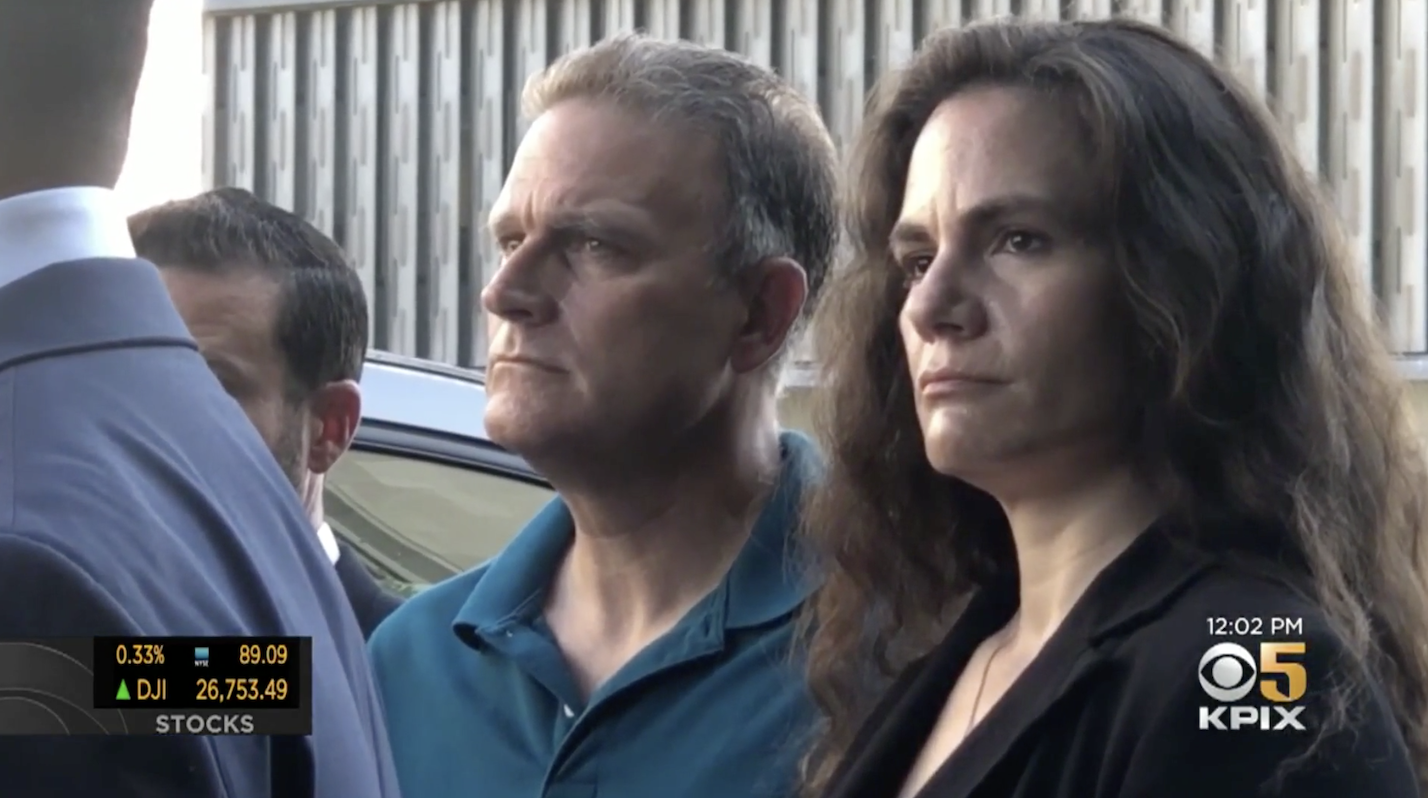 “Don’t have a run-in with a law and don’t resist arrest, it won’t be a problem,” he is heard saying in the video, as Anderson was seen using a paint roller to cover the letters "B" and "L."

Since the incident, the couple has claimed they have received death threats, the Mirror reported.

They say vandalizing the mural was not a hate crime.

"It is a problem when you have elected officials using tax dollars to politicize an issue and now you have a District Attorney who is making it a crime to disagree with a political message and that's a real problem," Essayli said.

Nelson and Anderson are due back in court in November and are reportedly "thankful" to have their day in court.

While District Attorney Diana Becton has voiced her support for the mural Essayli believes she is trying to make an example out of the couple for political reasons.

"Had she just charged them with vandalism, that would be a whole different issue," he said.

"The face that she charged them with vandalism and a hate crime is really what makes this problematic. It's a reach, it's an overcharge in our view, it's a political message and the justice system should not be weaponized in that manner."

Related Posts:
World News
Tory outrage as Sir Keir Starmer given prime time BBC slot to slams Govt response to coronavirus surge
Further delays hit $2.3 billion next-generation trains
NHS Covid Test and Trace app finally launches – but does NOT work on older iPhones
‘Where’s my husband?’: Doctor reveals trauma of aged care residents amid COVID outbreak
Local lockdowns could soon be triggered by a 'traffic light' system based on coronavirus infection rate
Recent Posts
This website uses cookies to improve your user experience and to provide you with advertisements that are relevant to your interests. By continuing to browse the site you are agreeing to our use of cookies.Ok