Glass act! Yodel driver is caught on camera dropping bottles of wine he was delivering – before throwing the unbroken ones into the front garden of the WRONG house

A delivery driver has been caught on CCTV accidentally smashing part of a wine delivery outside the wrong person’s house – and then chucking the unbroken bottles onto a neighbour’s front lawn.

The hapless Yodel courier left an apologetic note saying the wine had been left ‘in the garden’ before adding he was ‘really sorry’.

The footage was recorded at a property in Horsforth, near Leeds, West Yorkshire last Thursday.

In the video, the driver can be seen walking up towards a front door to deliver the case of wine when two bottles appear to fall out the bottom and smash on the ground.

The man panics and quickly puts down the box on top of the broken bottles before ringing the doorbell for the homeowner.

Then in an effort to clean up the mess, the man picks the unbroken bottles out of the box while nudging the shards of glass towards a fence.

But rather than line up the bottles on the ground the driver is then seen chucking them onto a neighbour’s front lawn – with some bottles nearly hitting one another. 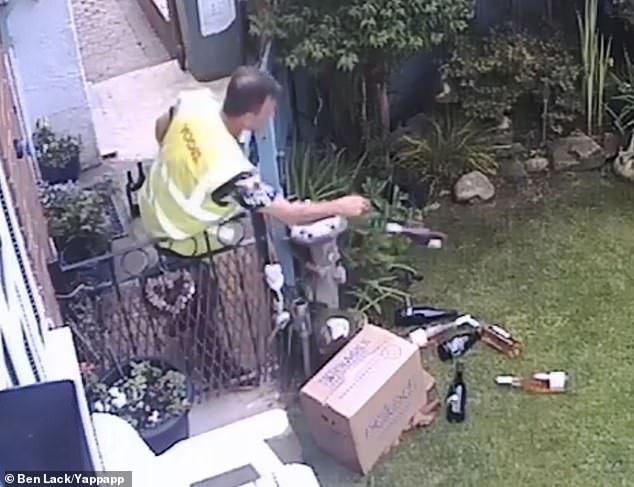 The Yodel driver throwing the boxes into a front garden at a property in Horsforth, near Leeds 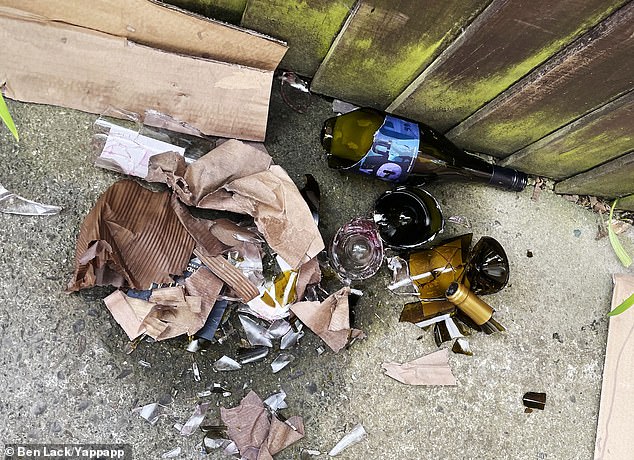 The homeowner said: ‘I came home and found glass all over the pavement up to my front door’ 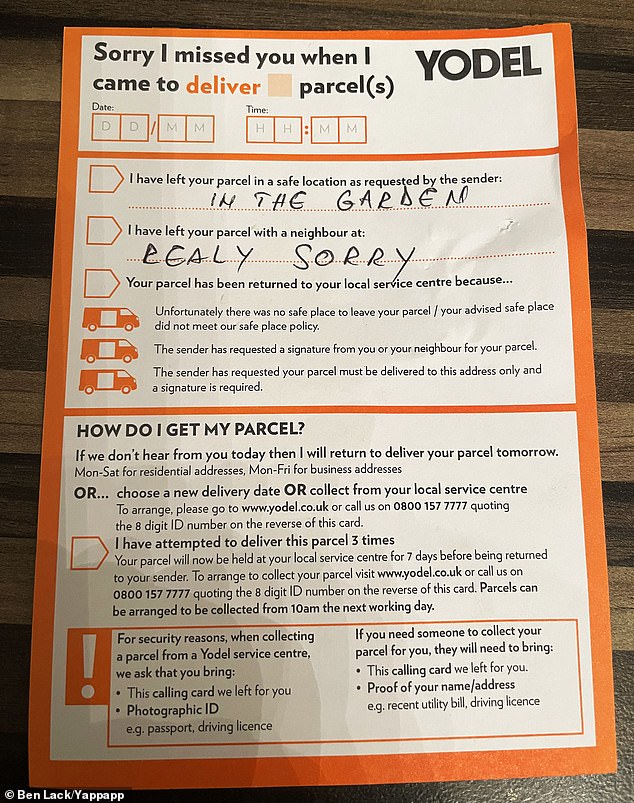 Another delivery driver is then seen arriving with a package and appears bemused by the bizarre situation.

After pushing the rest of the broken glass away the driver retrieves the bottles from the lawn and walks away with them.

The homeowner later said the man left a delivery card saying the bottles were ‘in the garden’ and that he was ‘really sorry’.

But it has since emerged that the bottles – an assorted Naked Wines package – were not even meant for that address.

The homeowner, who wishes to remain anonymous, said: ‘I came home and found glass all over the pavement up to my front door.

‘The glass left on my drive could have cut my dog’s paws.

‘The wine was not even for me. I am teetotal and haven’t touched a drop since I was pregnant with my son, and he’s 11 years old now.

‘There is no name on the delivery docket, so I don’t know who they should have gone to.

‘I cannot fathom why the driver thought it would be a good idea to throw the undamaged bottles on to my grass, potentially smashing more of them.’