COVID cases plummeted by 50 per cent in England despite lockdown easing and pubs reopening their doors, a study found.

Despite people mingling more infections fell between mid April to early May. 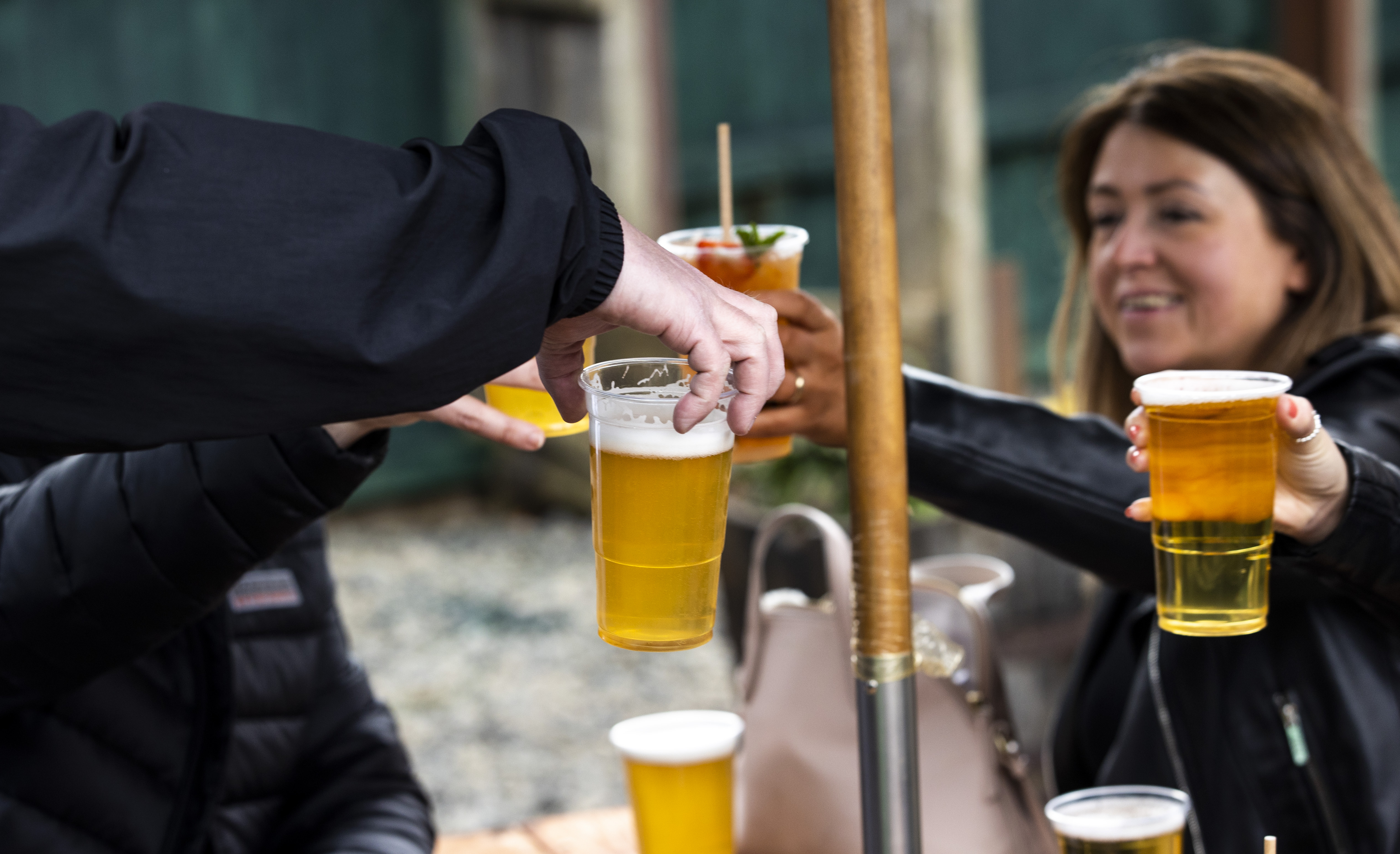 Britain’s biggest virus infection survey found pubs and restaurants opening up on April 12 had not had an impact when they carried out their tests.

The React study, headed up by the team at Imperial College London (ICL) found that rates of positivity of the virus also fell in older age groups.

The experts stated that infections may have continued to fall due to the vaccination programme – which has so far seen 35.7 million Brits having had a first dose, and 18.4 million having had a second.

They also suggested that prior history of infection (via natural immunity) had been a factor.

Infection data was obtained through PCR tests between April 15 and May 3 (round 11) and were compared to swabs from March 11 -30 (round 10). 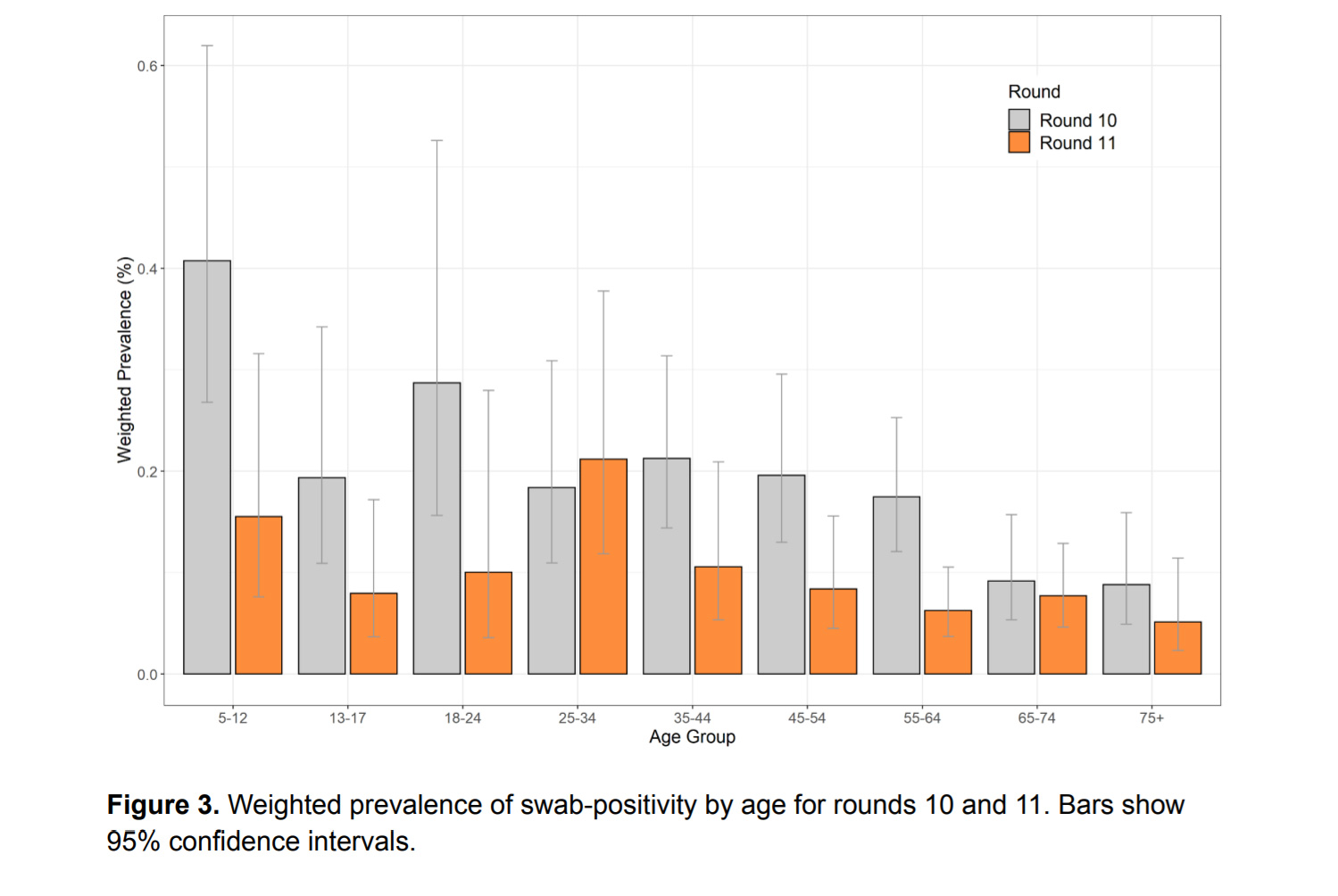 This could be due to the fact that older age groups were prioritised for the vaccine and that most people under the age of 40 have still not yet had a jab.

It was announced on Wednesday that people aged 38-39 should now come forward for their Covid vaccine.

The team at ICL said the vaccination programme had also made a difference to hospital admissions and deaths.

Looking specifically at ethnic groups and the experts said that prevalence of the virus was higher in people of Asian ethnicity compared with white people.

They said this suggests that infections may be continuing to spread more rapidly among the Asian community than in other groups in the population.

There has been widely reported vaccine hesitancy in some groups, which may have an impact on infection rates.

Commenting on the data ICL's Professor Paul Elliot said: "There's been a halving of prevalence in the period from the end of March through to mid April and the beginning of May.

"At the moment we can see the big drop in infection rates since March and pretty similar rates from now.

"We are seeing the impact of vaccines in the data." 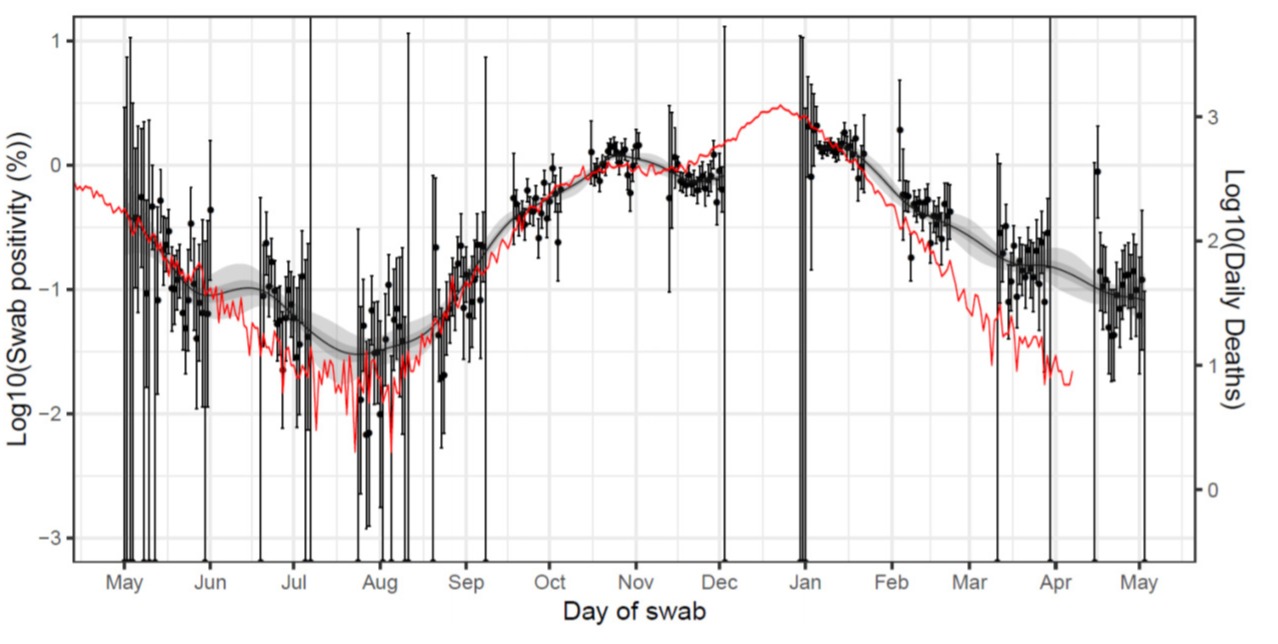 The experts also highlighted the prevalence of different variants in the UK including the so-called Kent variant (B.1.1.7) and the Indian variant (B.1.617.2).

They stated that if prevalence of the Indian variant continues to rise then the government may need to reassess the impact it might have on both hospitalisations and deaths.

Professor Steven Riley, also from ICL added: "At this stage in the roadmap lots of scientists thought that infections could increase.

"There is potential for prevalence to go up a little bit. But there remains to be a very very weak link to infections and hospitalisations."

They found that the Kent variant remains the dominant strain and that the Indian variant is circulating in London.

Their evidence, they say, suggests that the Indian variant could be more transmissible than the Kent variant.

They added: "However further studies are needed to investigate the geographic extent of cases and the degree to which they are explained by one or more of: increased intrinsic transmissibility, variations in social mixing patterns, and differing levels of vaccination."