A mother coyote flashed her sharp white teeth as she howled with delight when her sweet little pups gave her a satisfying back scratch.

Begging for her attention, one of the pups climbed up her back and a photographer was able to capture the mother’s reaction in Minnesota. 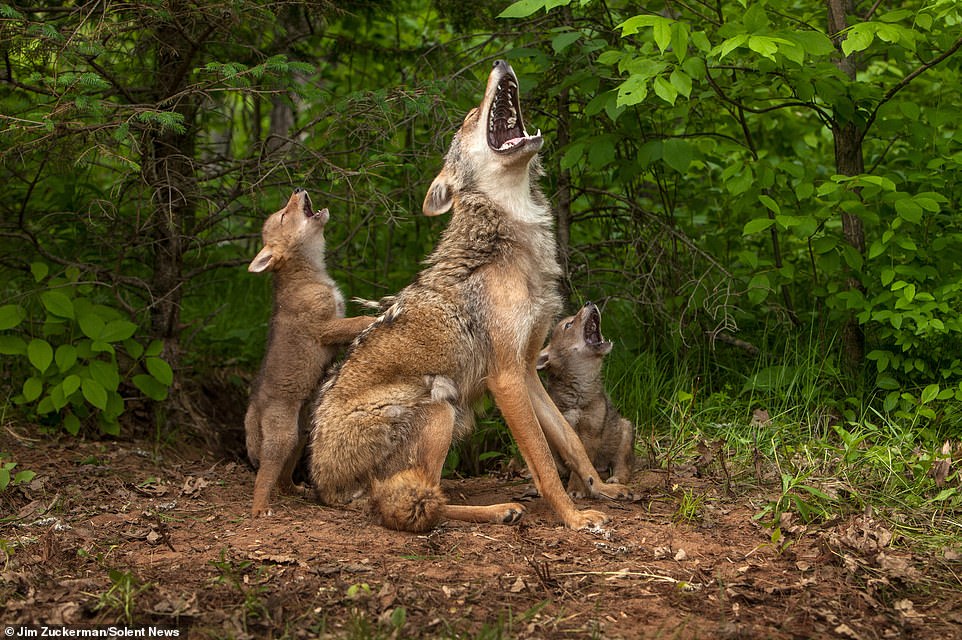 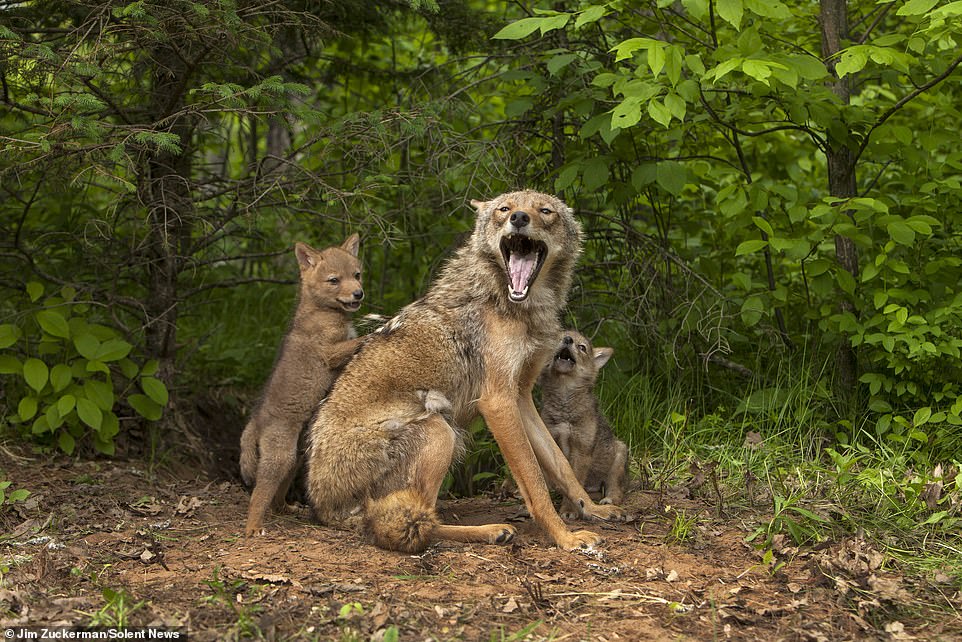 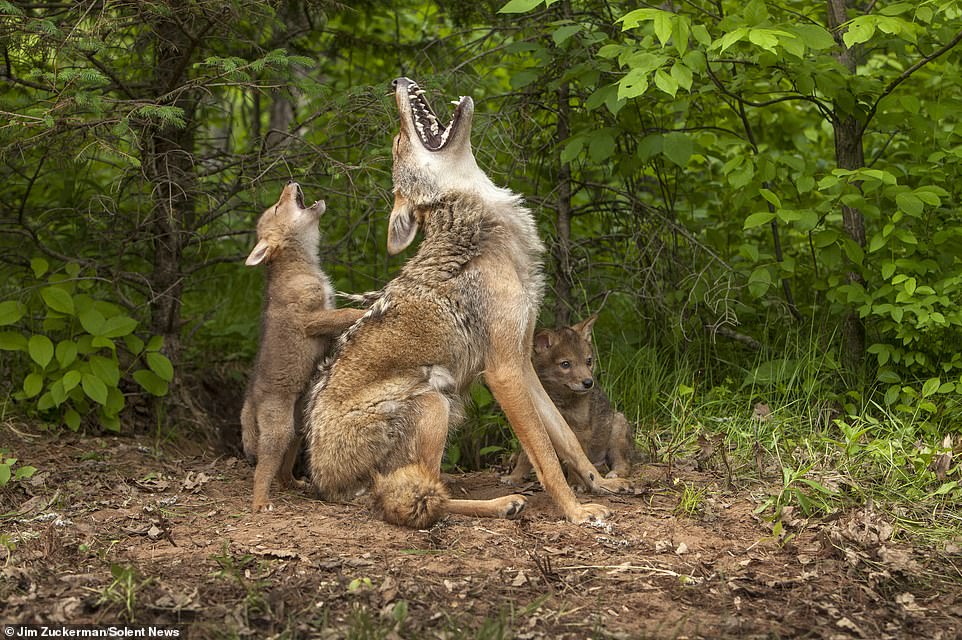 The mother coyote flashed her set of sharp white teeth and she howled with delight alongside her pups, who joined in too

The images were taken by photographer Jim Zuckerman, who said the playful pups reminded him of his cocker spaniel.

He said: ‘Canines are very affectionate with their pups. The mother and pups were interacting, playing, wrestling.’

And the cute furry pups did not disappoint, putting on a perfect display of playfulness and affection for the photographer. 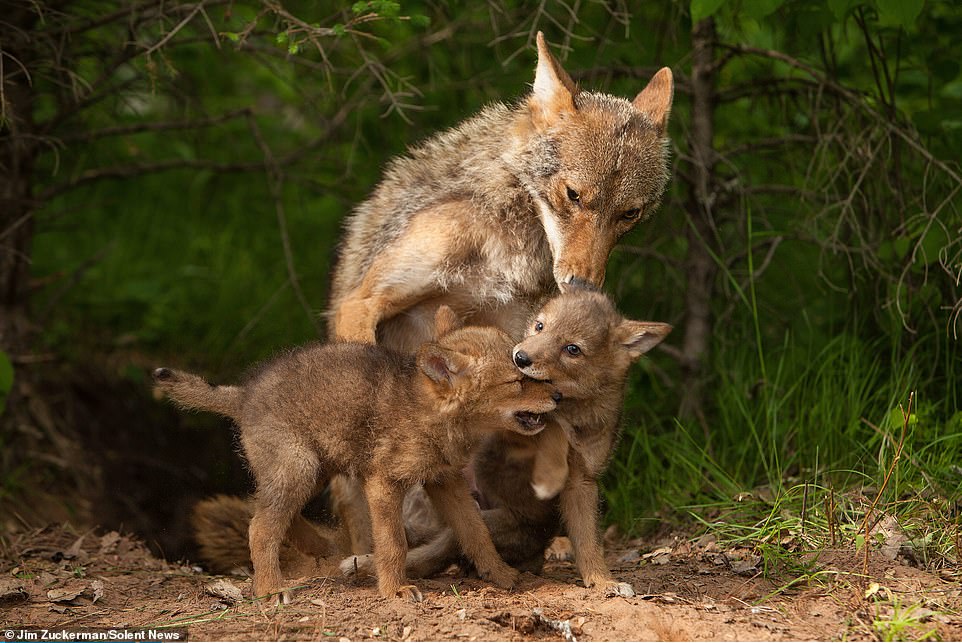 As well as showing affection to their mother, the young coyotes were also seen play fighting 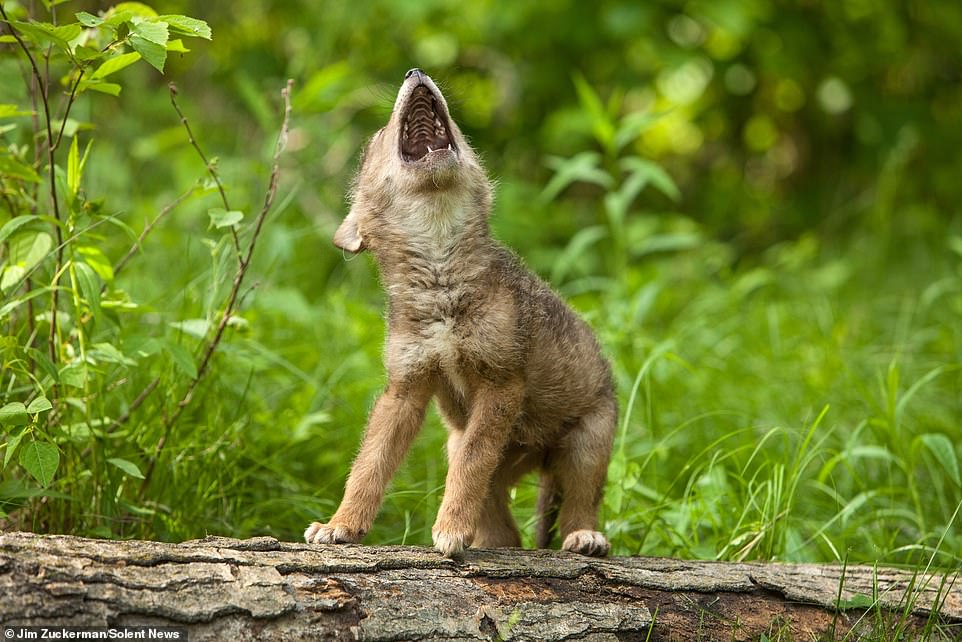 One of the adorable young coyotes tested out their howling skills, copying its mother 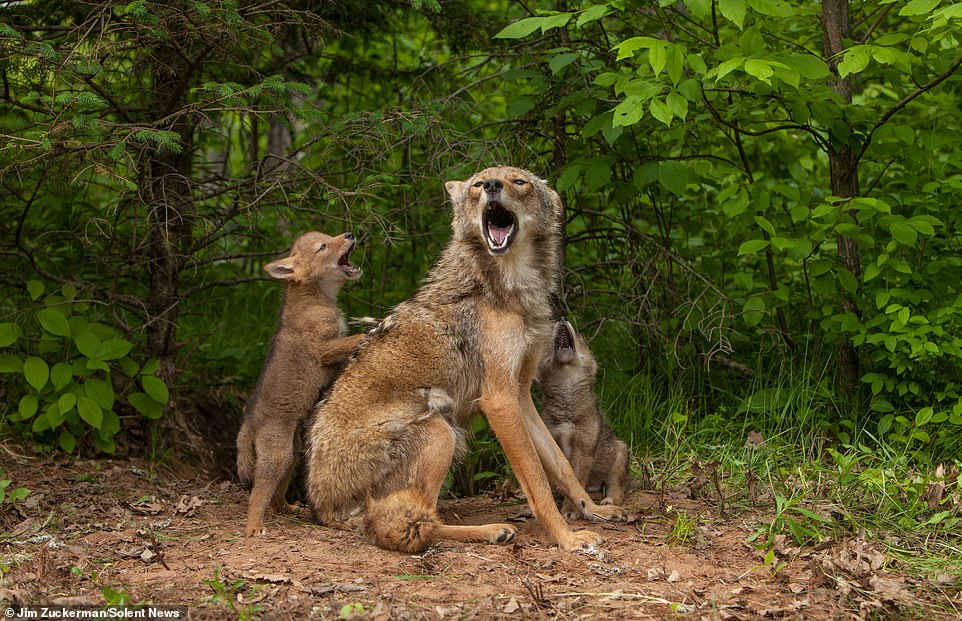 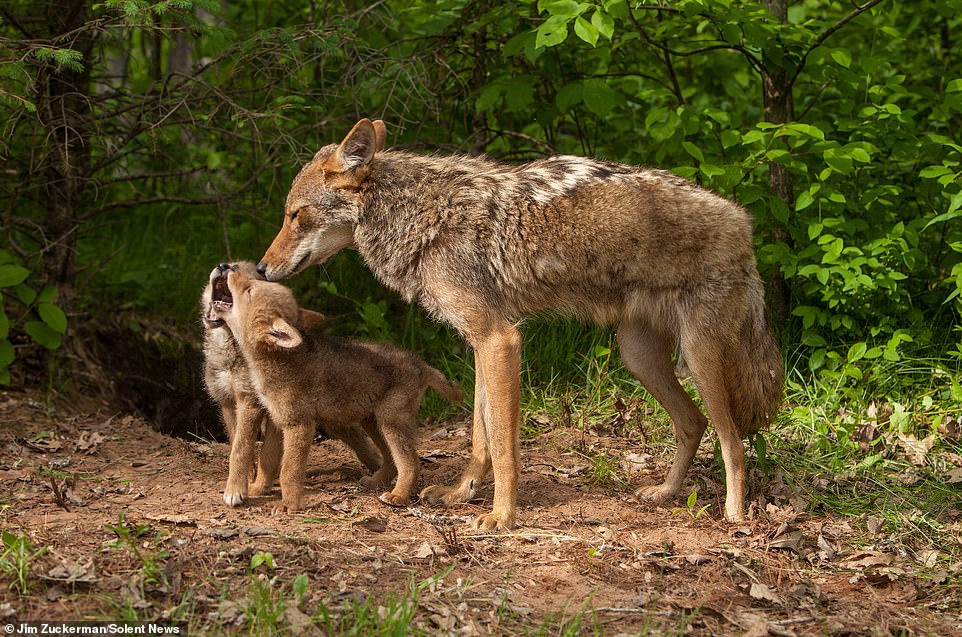 ‘At this age, young pups imitate their mother, so when she howled, they imitated,’ Mr Zuckerman added.

‘The pup really wasn’t scratching the mom. It was trying to demand attention. My cocker spaniel does the same thing with me.’

In the beautiful collection of photographs, the young coyotes can also be seen play fighting with each other and testing out their howling skills.