Dad-of-five, 34, 'pepper-sprayed' by 'heavy-handed' cops 'for not wearing a mask' says he's exempt due to panic attacks

A DAD-OF-FIVE who was reportedly pepper-sprayed by police for not wearing a mask today said he is exempt because he gets panic attacks.

Anthony Baldwin, 34, also blasted the heavy-handed response by British Transport Police after he was detained on a Wirral line service at Liverpool’s Lime Street station on Wednesday. 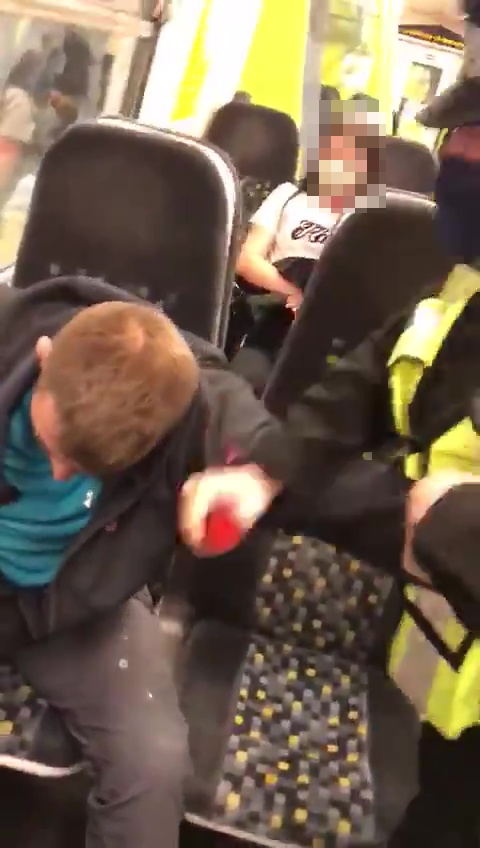 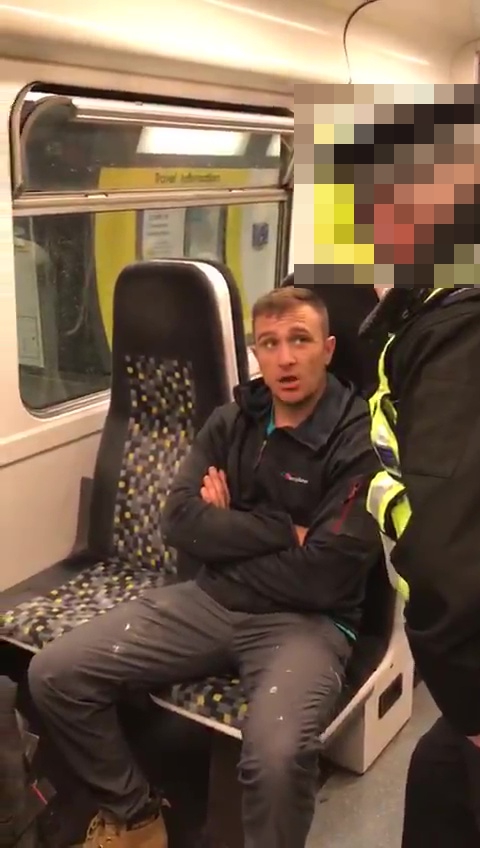 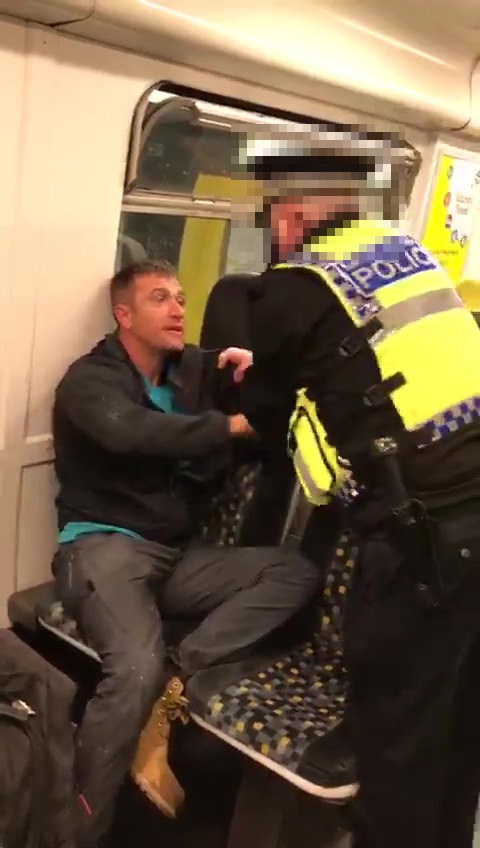 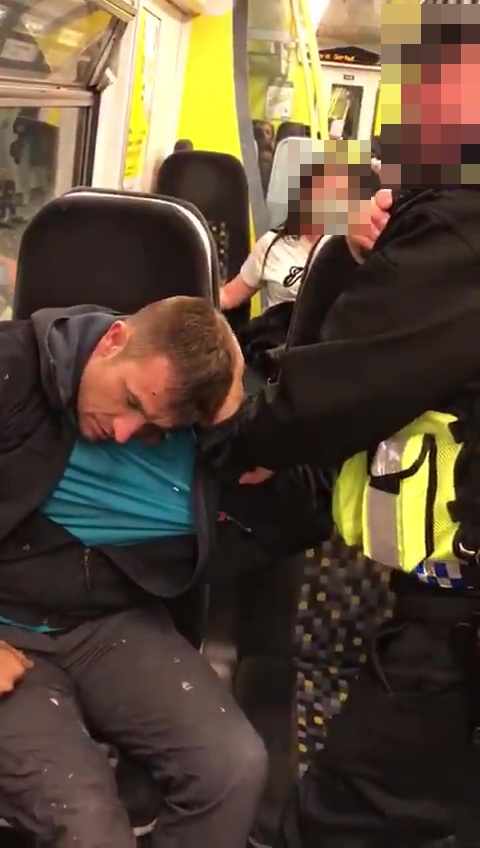 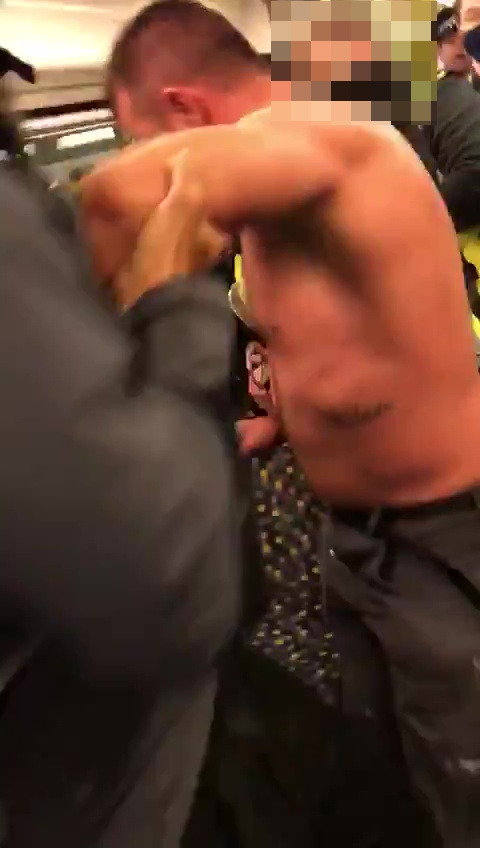 Dramatic footage showed a BTP officer challenging Anthony to put on a face covering due to the coronavirus pandemic.

However, the dad refused claiming he has “underlying health conditions” and is not required by law to wear a mask.

Video footage showed Anthony resisting before other officers arrived and led him away in handcuffs.

The dad-of-five, who has since been charged over the incident, today said "I'm innocent" and vowed to clear his name.

He said he wasn't wearing a mask due to anxiety following the death of his dad five years ago – and has now lodged an official complain against the BTP.

In England, people with certain health conditions are exempt from wearing face coverings on trains.

One of the exemptions is if a face covering causes the wearer severe distress.

Anthony, from Wirral, said he was on his way home from work at the time and was left shocked by the "heavy-handed" police reaction.

Speaking from his home today, the roofer said: "I don’t have to wear a mask [on the train]. I’m exempt.

“I’ve got severe anxiety. In the video the police pull my top over my head and you can actually hear me screaming.

"I was panicking and I had a panic attack in the back of the police van and they just kept laughing at me."

Anthony said he has been experiencing panic attacks since his father died in 2015 and that he takes medication for his anxiety.

He said he tried to explain this to the first officer but wasn't given the chance.

He claims the video does not show his “aggressive” approach.

Anthony added: "He was shaking, he was very angry and aggressive towards me even before I’ve had a chance to answer why I didn’t have to wear a mask.

“That’s why I was a bit riled up with him because of the way he was treating and speaking to me.”

BTP said they were called to reports of a man coughing on two passengers – which Anthony denies.

He said: "I haven’t coughed at anyone."

BTP have charged Anthony with threatening behaviour and assaulting a police officer and he will appear in court in January.

Anthony has vowed to clear his name and has since lodged an official complain with the BTP.

The dad claims he was forced to spend three-and-a-half hours in hospital after the incident because of his anxiety and an “injury to his head” and he's been signed off work.

He added: "At the end of the day I’ve done nothing wrong. I’m innocent.

“I don’t know why they did that to me. The reason I didn’t get off the train was because I had an appointment to get to.

Anthony added: “I’ll have to do whatever I have to do to clear my name because as it stands the police think I’ve assaulted them.

“But maybe that’s because of the limited footage they have."

Who is exempt fromwearing a face covering?

Government guidance states: "Those who have an age, health or disability reason for not wearing a face covering should not be routinely asked to give any written evidence of this, this includes exemption cards.

"No person needs to seek advice or request a letter from a medical professional about their reason for not wearing a face covering.

"This is a personal choice and is not necessary in law."

In the viral clip, Anthony can be seen resisting and saying: “You're not allowed to touch me by law.

“I do not have to wear a mask, end of, and you don't have to challenge me.”

When he says "I'm not getting off” the cop grabs him and a tussle ensues.

The officer is heard “Ill spray you, Ill spray you mate” while holding a canister towards his face.

It is unclear what kind of substance was in the spray can.

During the altercation, the man's friend calls the policeman a “bully” claiming he is on “a power trip” while insisting his pal has “underlying health conditions.”

In the ensuing struggle, Anthony's shirt comes off as the cop attempts to put handcuffs on the commuter.

A passenger appears to step to in to help the cop arrest as the person filming can be heard saying "who are you?"

Several officers are seen struggling to get the man in handcuffs, as he screams: "This is the reason why I don't wear my mask."

He is finally subdued and led off the train, as other passengers – furious at his removal – demand to know the name of the arresting officer.

A spokesperson for BTP said in an earlier statement: "A man has been charged with threatening behaviour and assaulting a police officer on a Merseyrail train to Liverpool Lime Street station.

"The incident happened at around 3.20pm on Wednesday 2 September. Officers had responded to a report of a man coughing at two passengers.

"Anthony Baldwin of Little Sutton, will appear at Liverpool and Knowsley Magistrates’ Court on Wednesday 6 January 2021."

A spokesperson from the BTP said they have received a complaint by our Professional Standards Department which is currently being assessed.