I’M two years into my new status as a singleton and, let me tell you, when it comes to dating it’s a jungle out there.

By comparison, marriage was a walk in the park — Jurassic Park. Being single in this era of smartphones and online dating is disorientating and brutal. 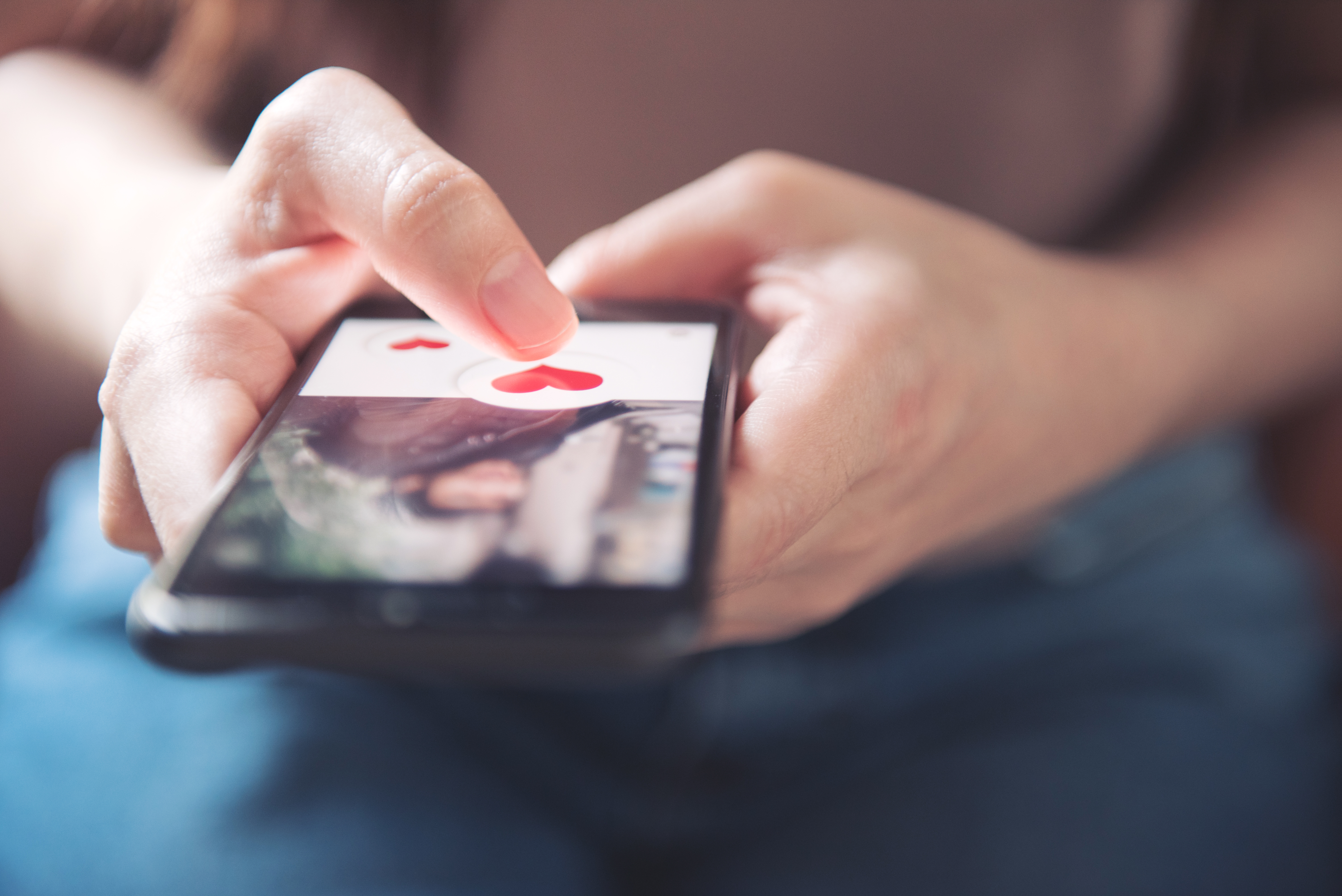 I’ll level with you: I’m clueless. I come from that generation who ­physically “met” someone before they decided to go out on a date. A bloke might breeze past you in the pub. You liked the whiff of his aftershave and that was it. You sought out his eyes for contact.

Equally, some soppy bugger might make you laugh with his drunken antics and that was enough to seal the deal. But nowadays — like my children, who have friends they have never met face to face — we are expected to meet up for a date without having actually seen each other in the flesh or exchanged a single word or breath in the same room. It’s all done digitally, by phone or app.

This digital age is fraught with ­obstacles. We even try to warn our ­children about them. It’s easy to presume the person you see is what you will get; that you are on the same wavelength; that you are looking for the same thing.

My bestie reminds me daily of misshapen dates with blokes who sold themselves as Leonardo DiCaprio but turned out to be more like Matt Hancock. There are apps to suit every mood and taste. Some pair by age or by interests; others are aimed at professionals; some focus on those just looking to “hook up” for sex.

At times it seems like messaging and sending screenshots are the only things that count. Our lives are all about image, appearance and messaging. Remarkably, guidelines for Crown ­Prosecution Service lawyers have had to be updated for the first time in eight years to challenge assumptions that are often made during exchanges.

Modern comms like “sexting” are known as “peripheral behaviours” — ­influences that determine our behaviour. If I send a flirty picture to someone — anyone, known to me or otherwise — it does not imply that I want to have sex with that person.

What is so disquieting about the CPS’s new legal guidance is that it’s taken so long to arrive. Education is needed, apparently, about certain myths and stereotypes prosecutors should be prepared to challenge.

For instance, wearing a low-cut top, sending a provocative picture or engaging in “sexting” does not mean somebody wants or is offering actual sex. Why are these issues only just now being confronted? How long have we talked about the fact that wearing high heels and a G-string doesn’t mean a woman is “asking for it”? 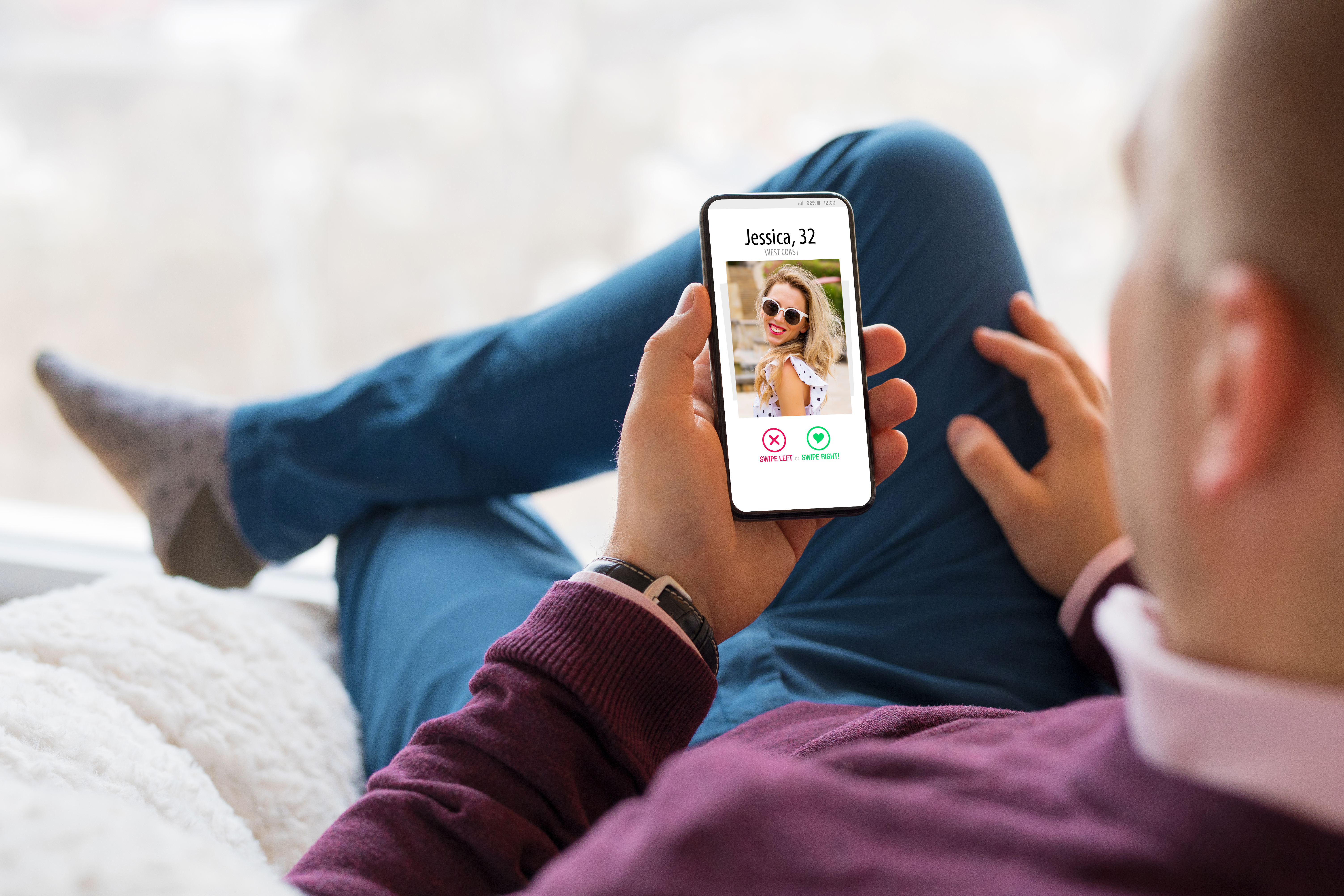 As a 53-year old single woman, I still find the territory daunting — and I shouldn’t. I still carry the burden from my teenage years when I was told not to “dress like a tart” or “behave provocatively” in case I landed myself in a situation in which I could not defend or protect myself . . . or even risk rubbishing my ­reputation as a good, decent girl.

It turns out victim-blaming, myths and stereotyping are still going on. And now that the rules of engagement have changed — when the likelihood of me meeting someone before we’ve ­messaged or connected on an app are so slim and our messaging history will be recorded — I feel the landscape is even more volatile.

Would a dirty joke or a racy image give carte blanche to a stranger to impose himself physically on me or fondle me? Would it mean he believes he has ­blanket consent for sexual contact? No. In my world it doesn’t.

But as the number of rape convictions in England and Wales has fallen to a record low, it’s not surprising these myths and stereotypes prevent many survivors of sexual assault from even coming forward. I feel encouraged that this directive is a step in the right direction. But updating guidance is one thing. Changing attitudes, assumptions and the culture as a whole will take considerably longer.

A bit sick of Nic pics 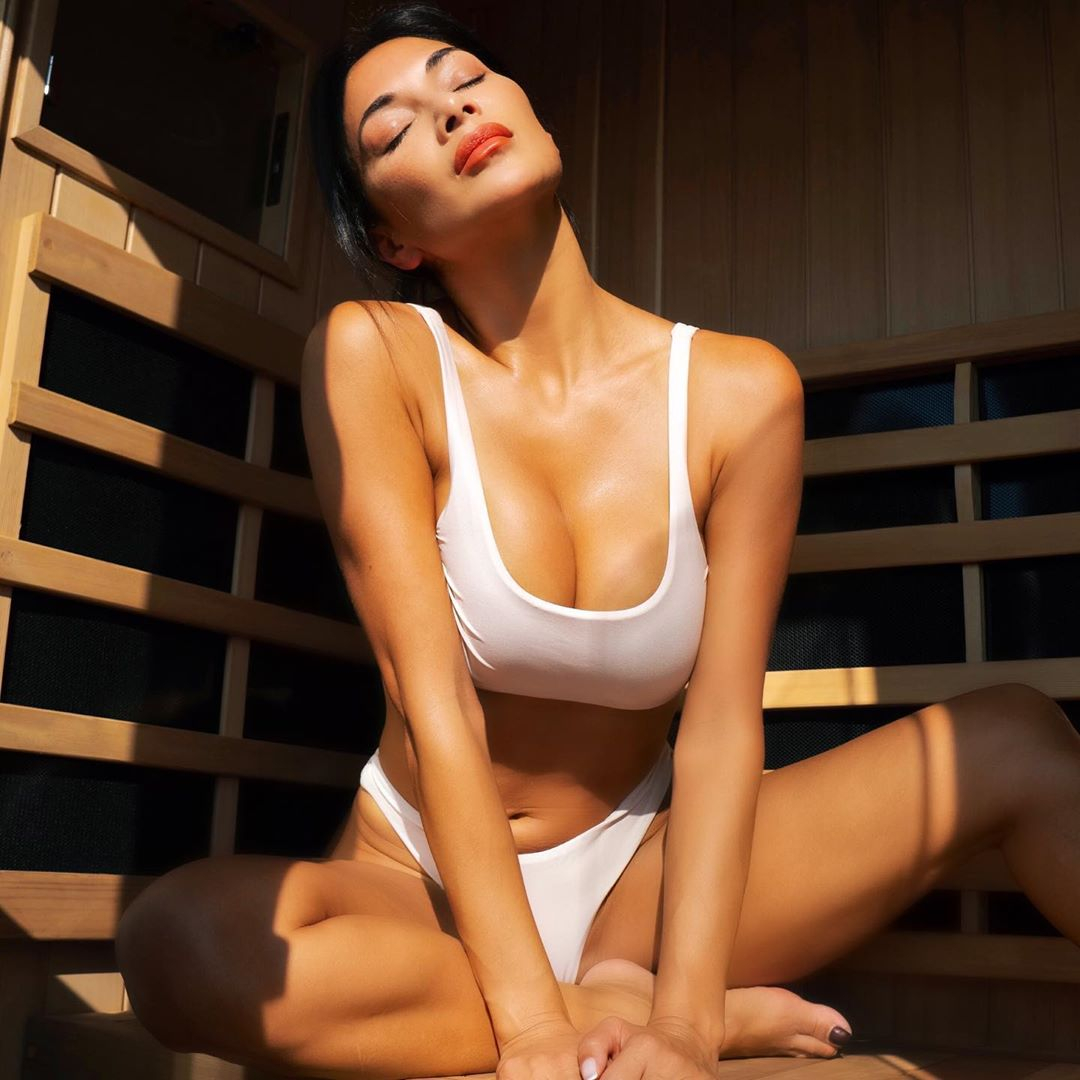 I’M trying to establish whether my feelings toward Nicole Scherzinger are pure envy or deranged irritation.

To constantly be witness to her beauty and gorgeous body, her handsome boyfriend Thom Evans, their coordinated dance routines, luxurious holidays, funny memes and fabulous food is enough to tip anyone over the edge.

But when I see them doing their fitness routines together, I feel they’ve taken things a step too far.

The last person I want around me when I’m running, sweating, gasping for breath and looking like I’m having a coronary is a romantic interest. No more than I’d want them to see me on the toilet doing a number two. 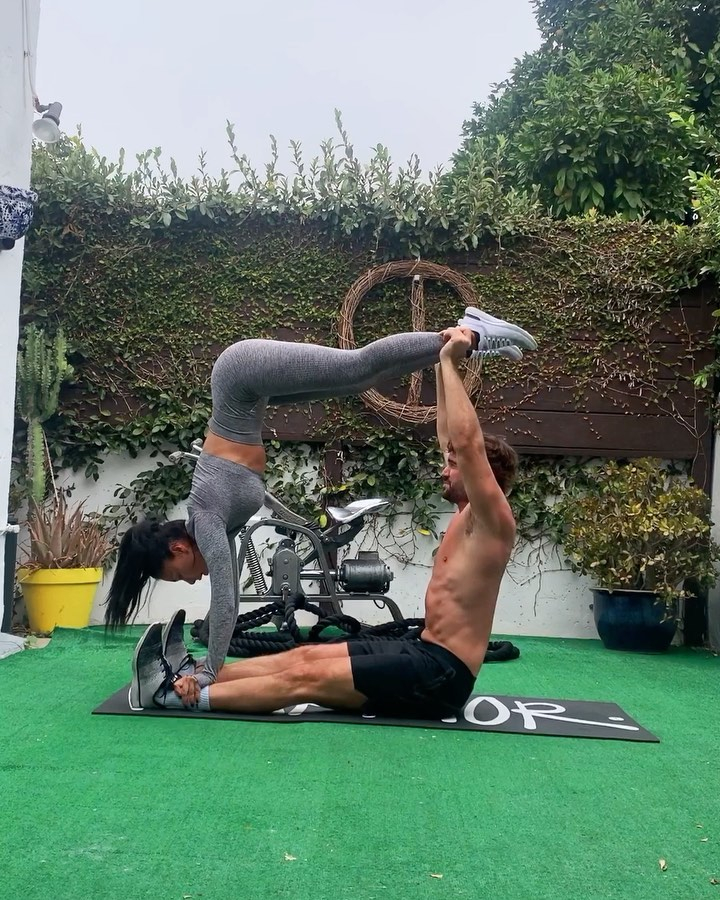 I LOVE self-made millionaire Michelle Mone. I really do.

But when I read that in order to kickstart her “inspiration”, she sometimes has to “book the highest hotel room I can find (seeing everything from above opens my mind to the bigger picture) and put on Celine Dion”, I can’t help but feel a bit excluded.

When I need inspiration, I moan for a bit, pick the fluff from my belly ­button and sigh.

BOWLED OVER BY OLD FOE

I WAS forced to eat porridge by my childminder as a youngster until I gagged. Man alive, it was vile.

In Sweden we have six or seven different types of porridge and as it sat in my bowl, rigid and gelatinous, getting colder with every mouthful – like tasteless, wretch-inducing wallpaper paste – all I could think of was vomit. 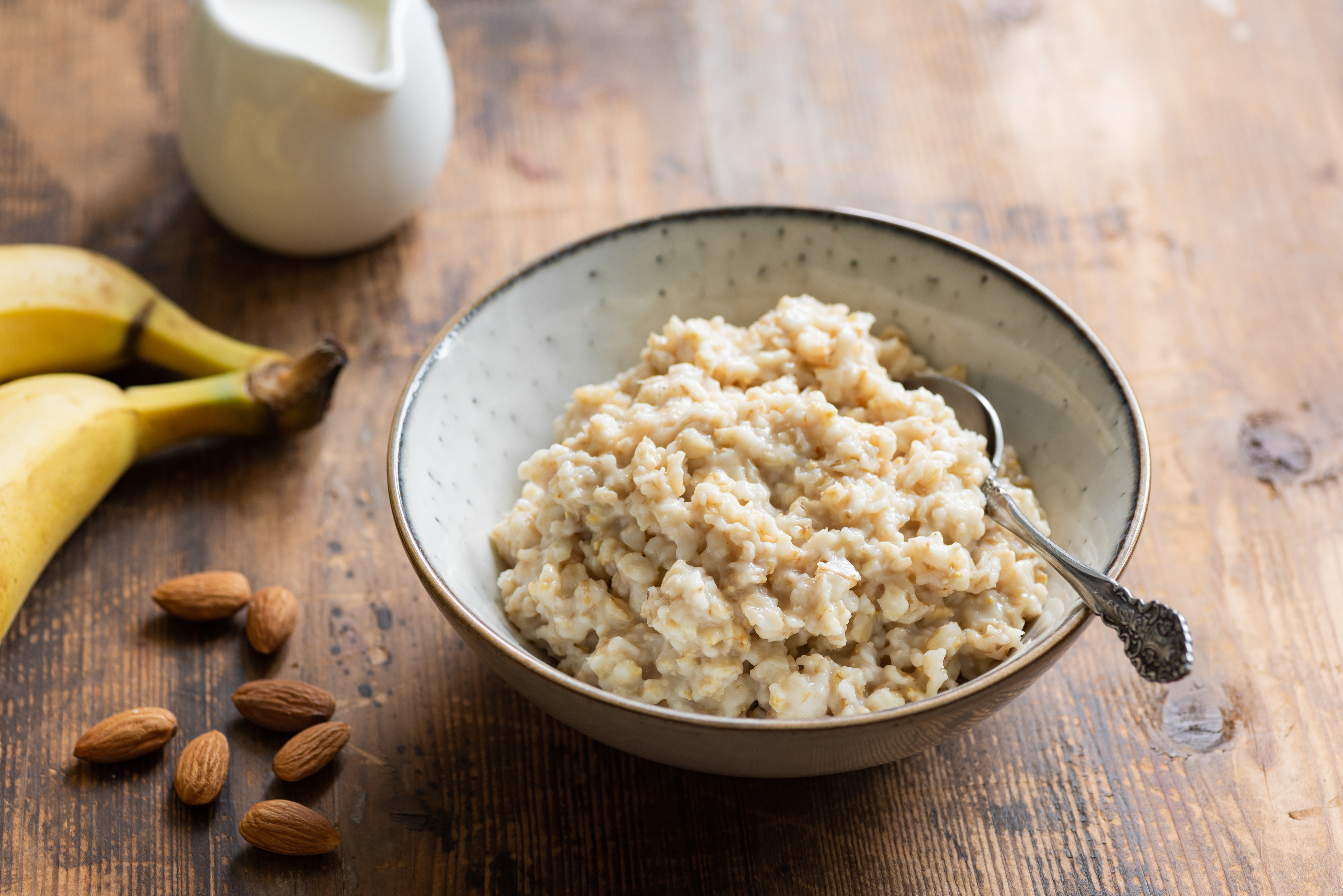 Fast-forward 40-odd years to a couple of weeks ago and I found myself at a place where the only thing for breakfast was oat porridge. There were no other options.

Reluctantly, I served myself a bowlful – then poured about a pound of sugar on top. And guess what? I bloody loved it.

So any time my kids reject something they absolutely can’t stand, I shall remind them of my porridge story and persuade them to shut up and soldier on because in 40 years they’ll love it.

Now I’ve just got to get my head around goat and mutton. And sheep’s cheese.

VIEWERS of This Morning were left confused the other day when a domestic erupted between Eamonn Holmes and wifey Ruth Langsford about what was a swede and what was a turnip.

For the record, a Swede is large and proud, doesn’t go into lockdown but observes the advice of its government and keeps the economy afloat in a pandemic.

A turnip is the collective noun for a bunch of inept ministers searching with scientists for a common strategy but who can’t avoid looking like the blind leading the blind.

SAM THOMPSON (him off Made In Chelsea) claims he is going to need therapy to get over the infidelity of his ex Zara McDermott (her off Love Island).

I think everyone could benefit from therapy. 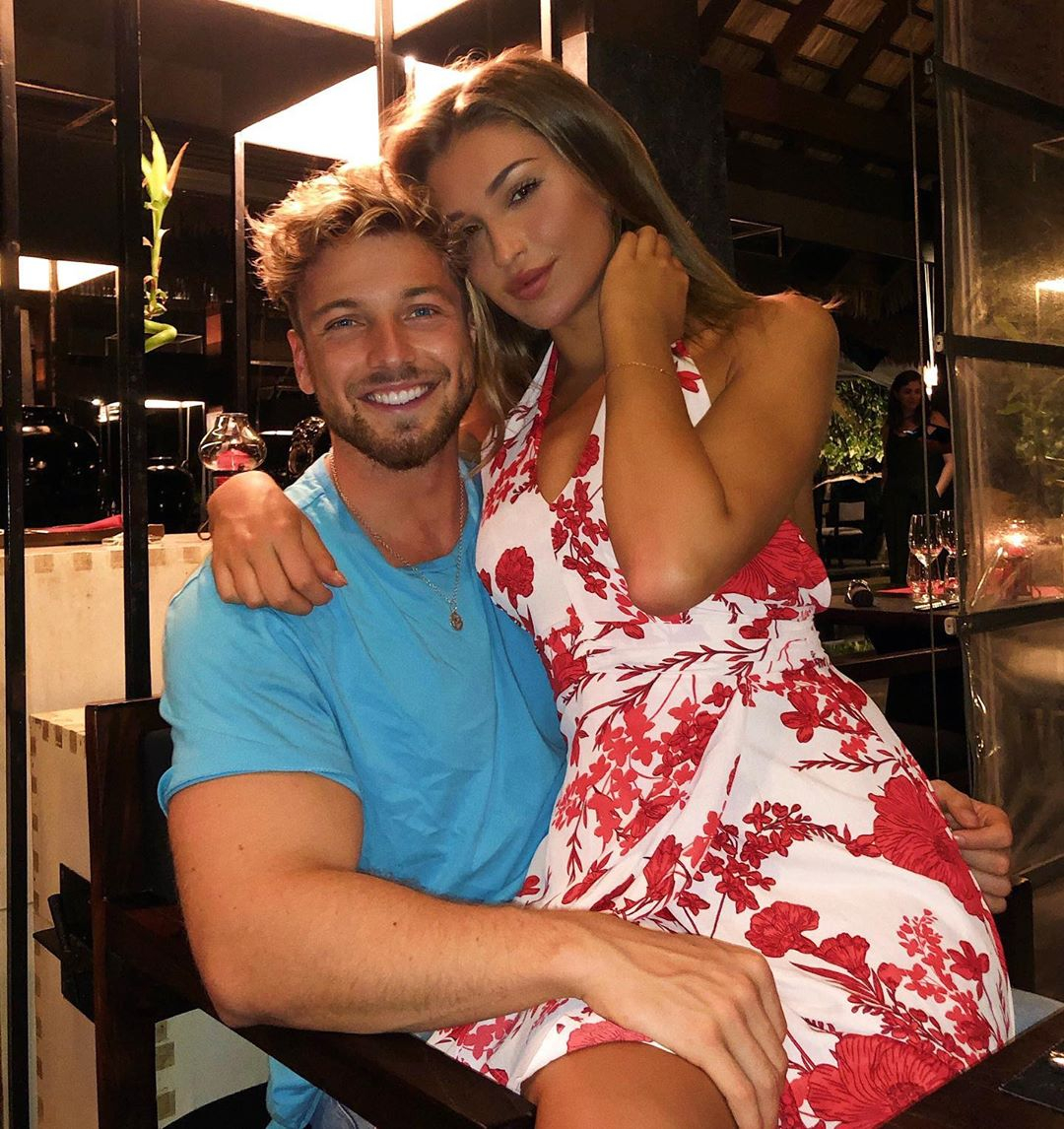 Psychotherapy is a wonderful thing and something I have leaned on from time to time over the years.

Unfortunately it is a rich man’s remedy, mainly accessible to those with money in their pocket.

That is a great shame because I’m sure most of us feel like we could use some after a year like this.

Not to mention the drama surrounding Sam and Zara’s relationship, of course.

But if I was wearing a hat, I’d take it off for the wee man – with his long, curly, mascara-d eyelashes and tiny feet – in tribute to his fight for the people of his city.

Most of the noise around politicians is so often critical, cynical and dissenting. It’s very easy to forget those in power are meant to fight for us, to stand up for us and serve us.

So often it’s the vainglorious bastards who get the jubilation, not the wee footsoldiers. Well done, Andy.

IT’S tricky keeping one’s pecker up in the current circumstances. Blink and you find yourself in a new tier. Reach for the cheddar in Aldi and you get a death stare. Cough and someone puts a nail in your coffin.

About the only thing that has kept me going was the PM’s promise to “save Christmas” through mass testing. Neither part of that seems likely to happen. 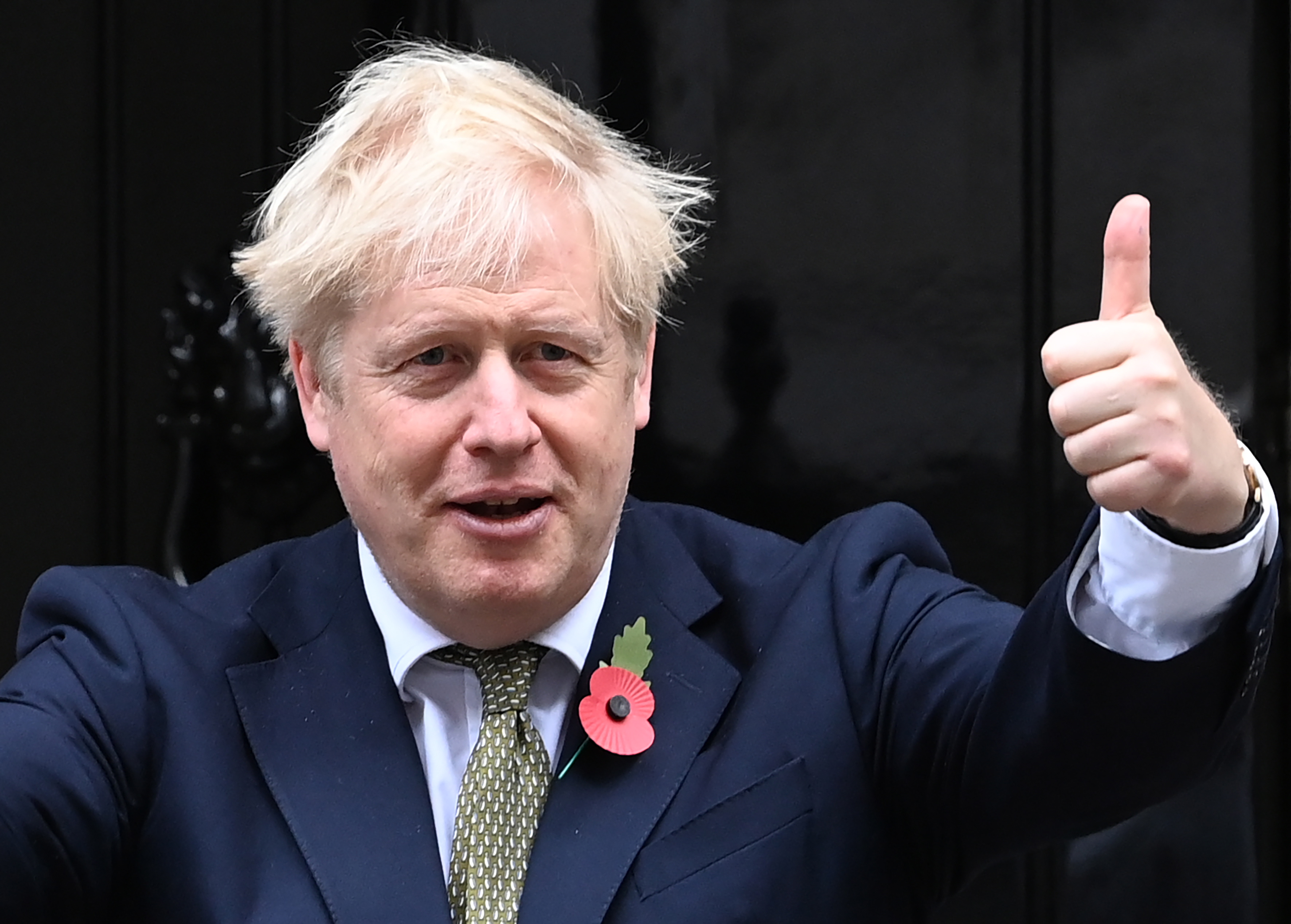 Like his numerous wedding vows, it looks like they’re falling short. I can’t be the only one who feels a bit slighted by fractured hopes and broken pledges. Christmas has been my saviour in years gone by.

When I’ve had a particularly grim year – like when one of my beloved bulldogs passed away or post-divorce or after a death in the family – I’ve always looked to Christmas as a therapeutic way of bonding with the greater family.

Now there is a very real chance that no more than six of us – or perhaps not even that – will be allowed to sit together at the table gassing about life as it used to be and drinking too much port and rum. We’ve been told to prepare for a “digital Christmas” – one that involves sharing the festive season with our family via Zoom or FaceTime.

I understand people’s lives and livelihoods are at stake but I’m seriously concerned for the nation’s mental health. So people won’t die from not seeing their family over Christmas – and let’s face it, there are always one or two we don’t want to see. 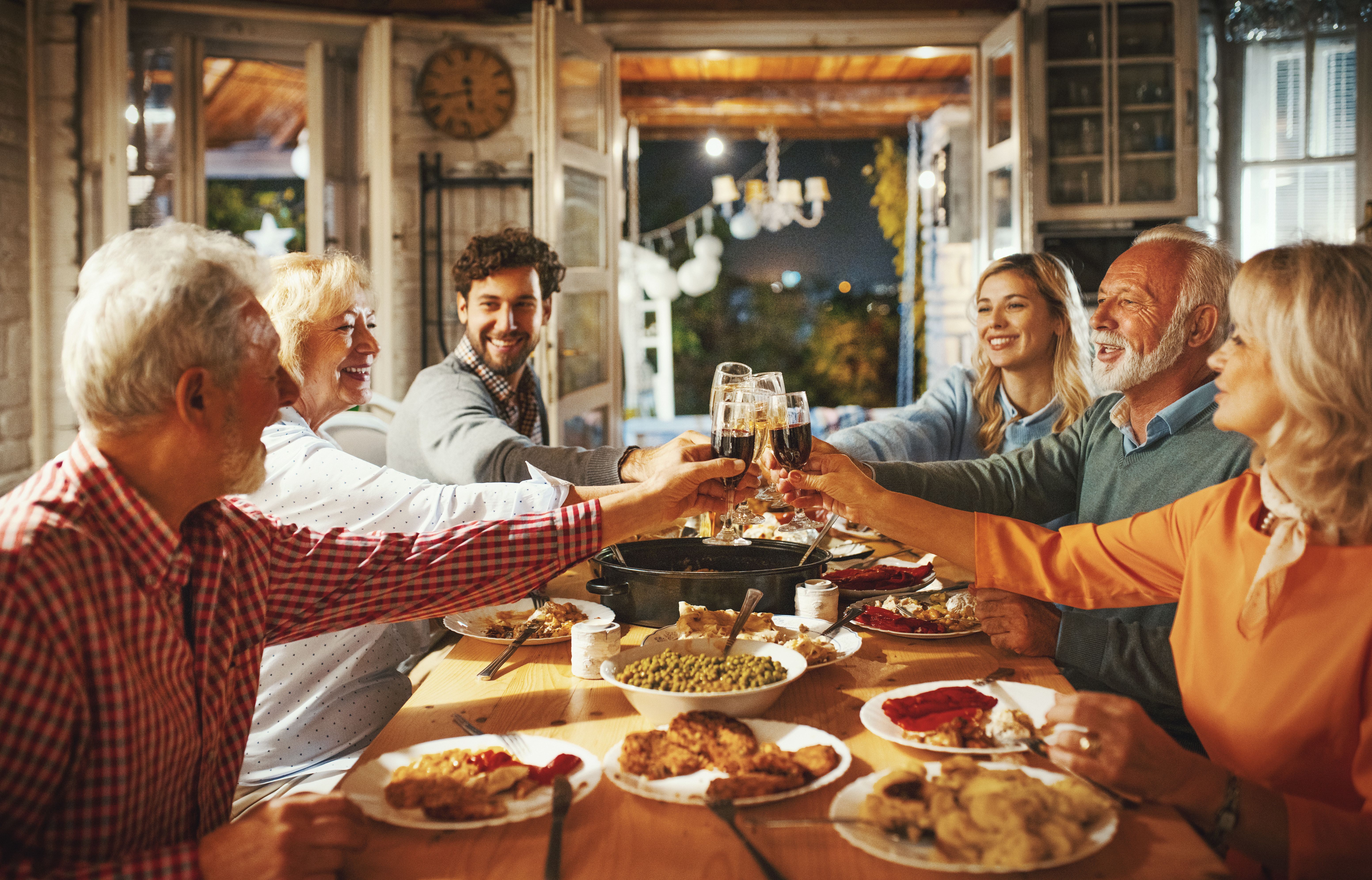 But psychologically, we’ve all been pushed to the periphery of sanity this year and I wonder how much more people can take. So I’m with Maureen Eames, 83, from Barnsley, who says: “I don’t give a sod.”

Not knowing how many more Christmases she might enjoy, she’s not going to spend it locked up in her home.

To that end, I’ve ordered the biggest turkey ever. Even if the Westminster Eton Mess don’t let us, I’m inviting Maureen – and anyone else who fancies it – around to mine.

“UNLUCKY-in-love” Ferne McCann is challenging herself to give up sex after a string of failed relationships.

First of all, relationships that don’t work aren’t failed. Some things are just not meant to be.

Second, this beauty is only 30 years old! Third, some of us haven’t got time on our side and will not be giving up sex as either a challenge or a trial.

There will be plenty of time to give up sex in your seventies, Ferne. In the meantime, crack on!