An investigation has been launched after a dead chick was found tied to the railings of a road named in honour of World War One soldiers.

Upsetting pictures showed the chick tied close to a knitted poppy that was also on the railing on the Road of Remembrance in Folkestone, Kent.

The discovery was made by a member of the public on Tuesday who informed the RSPCA.

In World War One hundreds of thousands of troops marched down the road to Folkestone Harbour from marshalling camps to board ships bound for France and the Western Front. 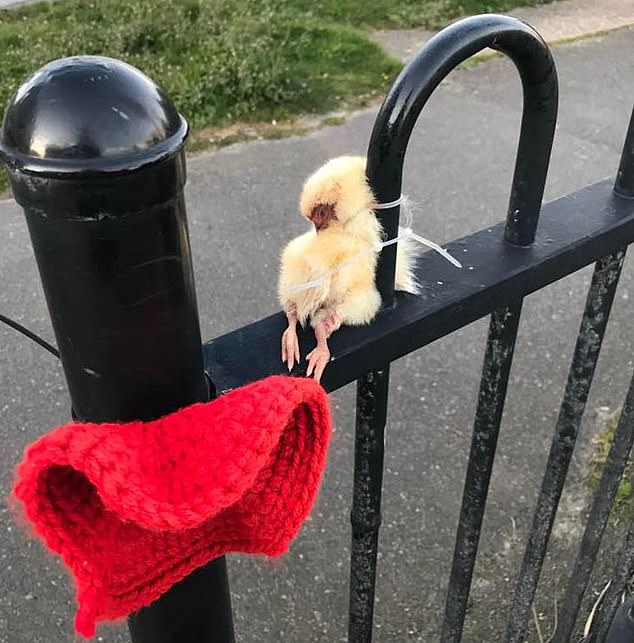 The Road of Remembrance leads up to the town’s 1922 war memorial, which faces out to sea and features a bronze female figure holding a cross in her left hand and a laurel wreath in her right.

RSPCA officers say it not possible to establish if the chick was alive or dead when it was tied to the railing.

RSPCA Inspector David Grant was called to collect the chick’s body and said: ‘I was actually a bit speechless when I saw this, I just don’t understand why anyone would do this.

‘It’s upsetting on so many levels – to have an animal strung up in such an undignified way and then to do it at such a poignant location next to a poppy and as it is almost Easter, it’s shocking and disrespectful.’

The RSPCA is now appealing for witnesses.