WASHINGTON — House Democrats are facing an onslaught of departures with less than a year to go before the midterm elections.

So far, 23 Democratic representatives have said they won't seek re-election, including five in December alone. Three of them — Stephanie Murphy of Florida, Lucille Roybal-Allard of California, and Albio Sires of New Jersey — made their announcements just in the last week.

Some retiring members said they are bowing out because their districts have become more competitive under this year's redistricting, while others cited dysfunction on Capitol Hill or satisfaction with their legislative accomplishments in this Congress. Several more are seeking other political offices.

The decisions come as the party faces significant headwinds leading into November.

President Joe Biden's job approval rating has hit new lows over the last several weeksamid concerns about his handling of the economy and the coronavirus response — potentially a bad omen given that a president's party typically loses seats in midterm elections. And the Democrats' concerns about holding their razor-thin majorities in Congress next year have been heightened by the GOP's sweep of last month's elections in Virginia and the unexpectedly close governor's race in New Jersey.

Meanwhile, the party's hopes of passing the centerpiece of Biden’s agenda, a $1.7 trillion package of social and climate change programs, faded when Sen. Joe Manchin, D-W.Va., unexpectedly announced Sunday that he wouldn't support the legislation, which Democrats have been negotiating for months — further highlighting the party's internal disarray. That's in addition to key Democratic initiatives like voting and immigration overhauls already having foundered. 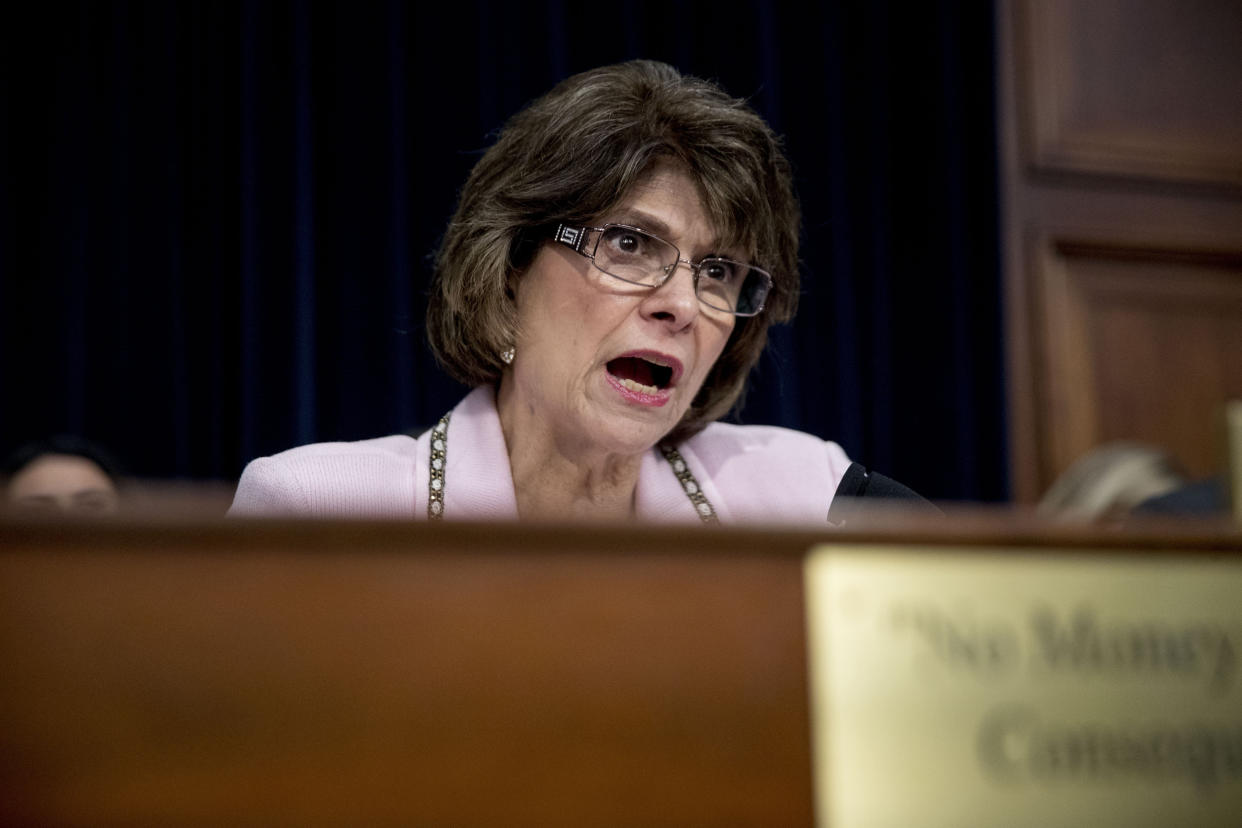 Against that backdrop, 15 of the nearly 23 Democrats who are not running for re-election have chosen to retire completely from public life, including senior members.

Murphy, the co-chair of the moderate Blue Dog Coalition and a member of the House select committee investigating the Jan. 6 attack on the U.S. Capitol, is the chief deputy House whip. Roybal-Allard is a House "cardinal," leading the subcommittee responsible for homeland security spending, and has served in Congress since 1993. Sires, a member since 2006, chairs a Foreign Affairs subcommittee and sits on the budget and infrastructure committees.

Other prominent members who have announced their retirements in recent months include Peter DeFazio of Oregon, chair of the Transportation and Infrastructure Committee; John Yarmuth of Kentucky, who heads the powerful Budget Committee; and Eddie Bernice Johnson of Texas, the chair of the Science, Space and Technology Committee.

DeFazio, who has held his seat for more than 30 years, played a key role in negotiating the major infrastructure package passed by Congress and signed into law by President Joe Biden in November, while Yarmuth, a member for 15 years, helped spearhead the Democrats' massive social spending package.

Reps. Cheri Bustos of Illinois, the former head of the Democratic Congressional Campaign Committee, and G.K. Butterfield of North Carolina, a former chair of the Congressional Black Caucus, are also retiring.

Rep. Hakeem Jeffries, D-N.Y., the chair of the House Democratic Caucus, brushed off concerns about the flood of departures, saying they were to be expected because it’s a redistricting year.

“I don’t believe it has anything to do with our prospects in 2022,” he told reporters last month. “We’re going to hold the House, and we’re going to grow a majority. We’re going to do it because of extraordinary leadership.” 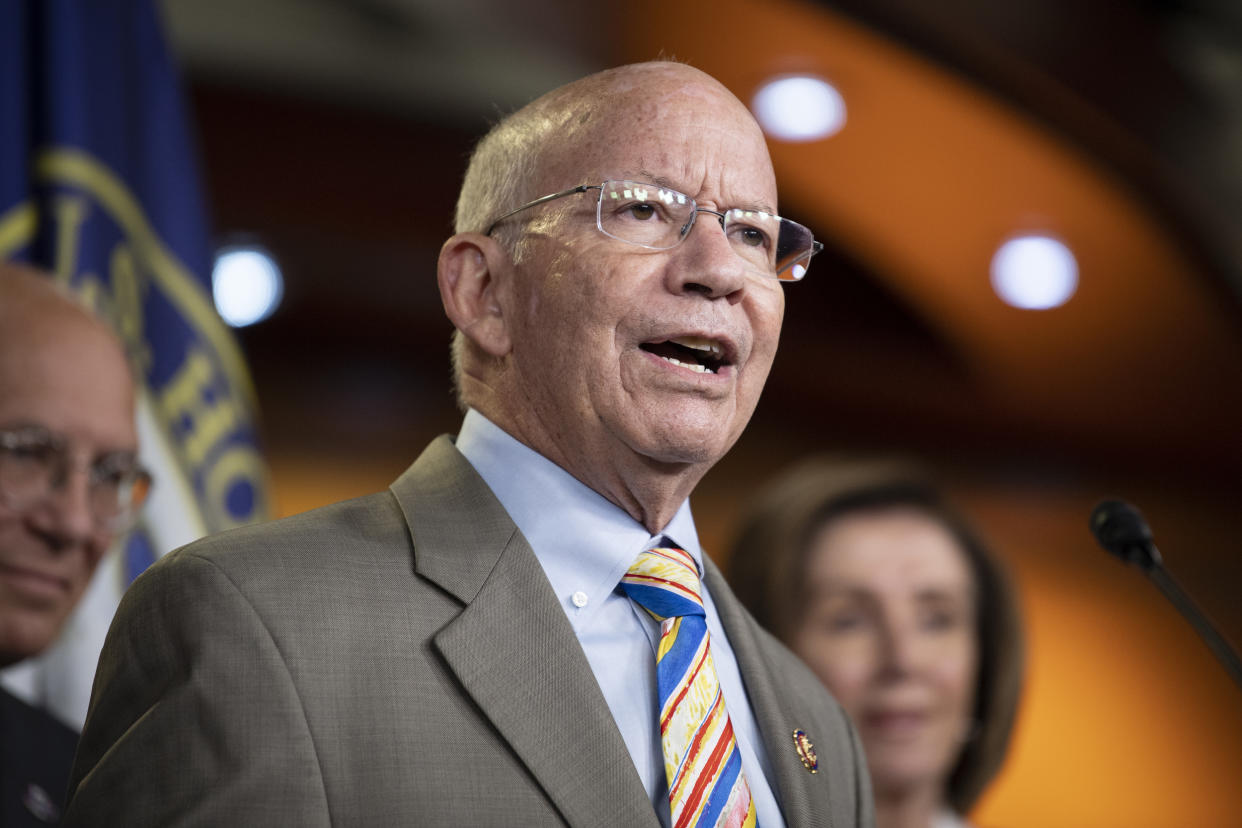 Across the aisle, a dozen House Republicans have announced plans to retire from Congress or run for another office, not counting members who have already left. Those leaving include Rep. Adam Kinzinger of Illinois, one of the two GOP members of the Jan. 6 committee; Rep. Kevin Brady of Texas, the ranking member on the Ways and Means Committee; Rep. Tom Reed of New York, former co-chair of the bipartisan Problem Solvers Caucus; and Devin Nunes, of California, a loyal defender of former President Donald Trump who's leaving to become CEO of Trump's new media company.

So far, only one Senate Democrat, Patrick Leahy, of Vermont, has announced he won't seek re-election. On the other side of the aisle, five Senate Republicans have announced plans to retire, including Richard Burr of North Carolina; Pat Toomey of Pennsylvania; Rob Portman of Ohio; Richard Shelby of Alabama; and Roy Blunt of Missouri.

Spurred by the upcoming Senate vacancies, four House Democrats are running for Senate in their home states: Conor Lamb in Pennsylvania, Tim Ryan in Ohio, Peter Welch in Vermont and Val Demings in Florida. Several of their colleagues, meanwhile, are running for other elected offices, including Charlie Crist, for governor of Florida, a seat he’s held before; Karen Bass, also a former Congressional Black Caucus chair, for mayor of Los Angeles; Anthony Brown for attorney general in Maryland; and Tom Suozzi for governor of New York.

State of the races

Democrats hold a 222-213 edge in the House, meaning Republicans would need to pick up five seats to retake control of the chamber. They last held the majority in 2018, before Democrats gained a number of seats in that year’s election.

According to the Cook Political Report, five House seats are considered Democratic toss-ups in the upcoming election and seven districts lean Democratic, while two GOP races are viewed as toss-ups and four lean Republican — numbers that could change as redistricting continues.

Democrats also have a chance of losing control of the evenly split Senate, where they hold a majority only because Vice President Kamala Harris can cast tie-breaking votes.

The election newsletter rates three Republican seats as equally competitive, including the open seats in North Carolina and Pennsylvania and Ron Johnson's seat in Wisconsin.

When asked on Monday about the implications the upcoming retirements would have for Democrats, White House press secretary Jen Psaki declined to comment, saying only that Biden will be “out there” campaigning for the candidates.

Bustos, who represents a toss-up district, said in an interview Monday on MSNBC that Democrats need to focus on the “big middle” of the country rather than infighting between progressives and moderates.

“That's what we've got to focus on if we want to get the legislation completed and if we want to make sure that we're successful in the 2022 election,” she said. “Retirements are a part of the natural cycle, I think that's worth noting. But we've got to get a lot of things right between now and next November.”