The ‘Ys’ are coming! Secret 1941 diary of pioneering Bletchley spy chief tells of moment the special relationship was born as US stepped in to help British codebreakers during WWII

A spy chief’s diary has revealed the secret help the US gave Britain’s codebreakers early in the Second World War.

With the simple entry ‘The Ys [Yanks] are coming’, Commander Alastair Denniston, first head of the Government Code and Cypher School, which would become GCHQ, recorded the first visit of American cryptographers to Bletchley Park.

At the time, February 10, 1941, Denniston was working there with Alan Turing to crack the German Enigma code.

The visit by leading US codebreakers to Bletchley was cloaked in secrecy – the US would not enter the war until December that year. It also sealed what Winston Churchill would call the ‘special relationship’ between the two powers. 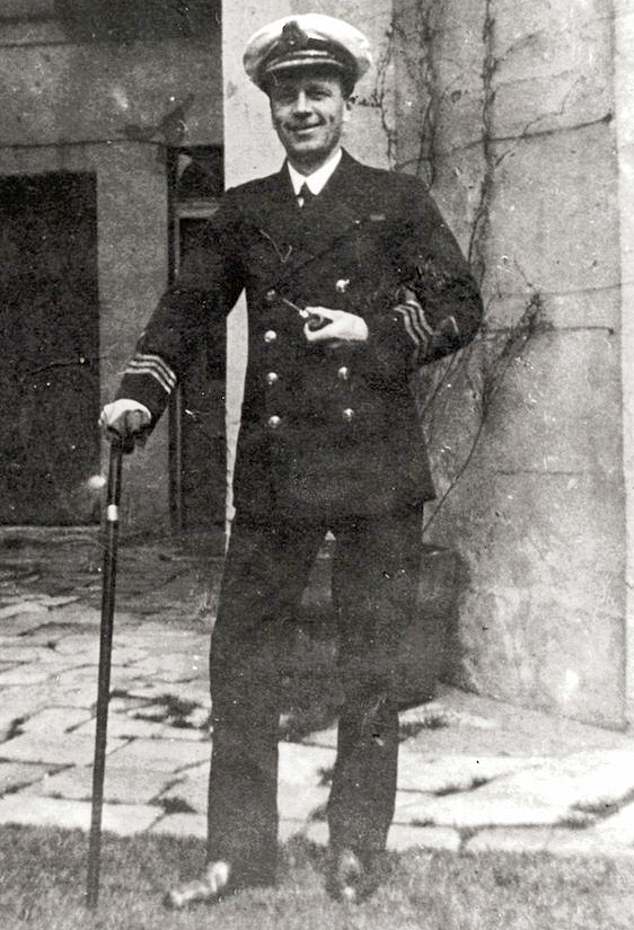 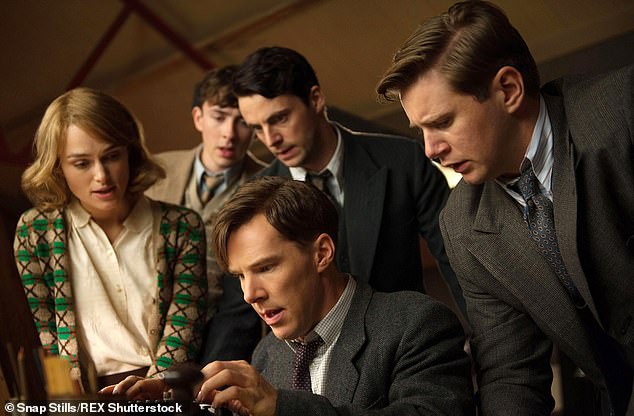 Having survived a treacherous Atlantic crossing, the Americans arrived late at night at the Buckinghamshire spy HQ.

Denniston told his assistant Barbara Abernethy: ‘There are going to be four Americans coming to see me at 12 o’clock tonight. I require you to come in with the sherry. You are not to tell anybody who they are or what they will be doing.’

His guests were shown Turing’s ground-breaking invention, the ‘Bombe’ machine, which was used to decipher Enigma.

Denniston features in the film The Imitation Game, about the race to decode Enigma. He is played by Charles Dance, with Benedict Cumberbatch as Turing.

His diary, seen today for the first time, also records Denniston’s visit to the US accompanied by another celebrated codebreaker, Joan Clarke.

Miss Clarke, played in the film by Keira Knightley, was then engaged to Turing, apparently ‘unfazed’ by his admission of homosexuality, which was illegal at the time. 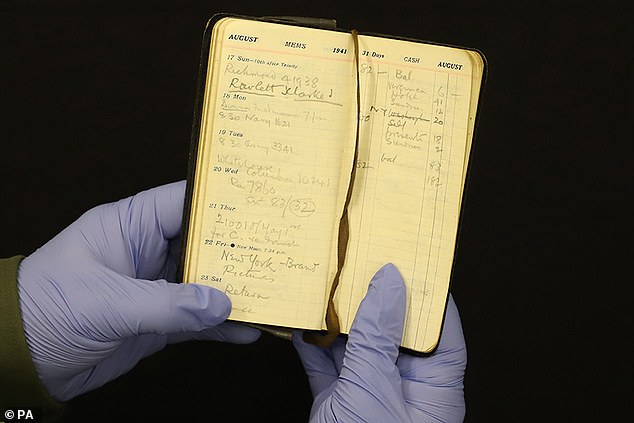 Revealed: The private diary of Commander Dennison, pictured in a handout photo issued by GCHQ, which tells of intelligence meetings that took place with US counterparts during WWII 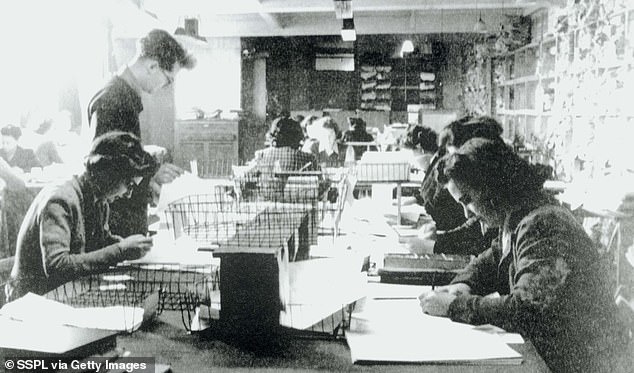 Vital role: One of the Hut 3 priority teams at Bletchley Park, Buckinghamshire, in which civilian and service personnel worked together at code-breaking 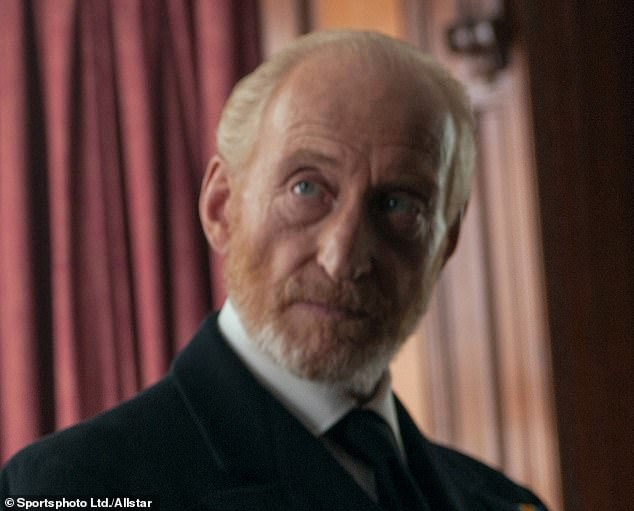 Denniston features in the film The Imitation Game, about the race to decode Enigma. He is played by Charles Dance (pictured above, in the film), with Benedict Cumberbatch as Turing

However Turing later decided he could not go through with the marriage. Denniston’s family objected to the way the spy chief was portrayed in The Imitation Game, suggesting it showed him as a hectoring character who hindered Turing’s work, and ignoring the contribution he made.

His diary has been released to mark the 75th anniversary of a 1946 UK-US pact to share intelligence.

In a statement, GCHQ director Jeremy Fleming and US National Security Agency chief General Paul Nakasone said: ‘This alliance… has helped protect our countries and allies for decades. [It] is built on a history of strong shared values. Together, we are greater than the sum of our parts.’