Did a pedestrian bridge collapse in Northeast Washington, DC?

A BRIDGE in Northeast Washington D.C. collapsed onto a highway on June 23, 2021.

There are currently no reports as to how the incident occured. 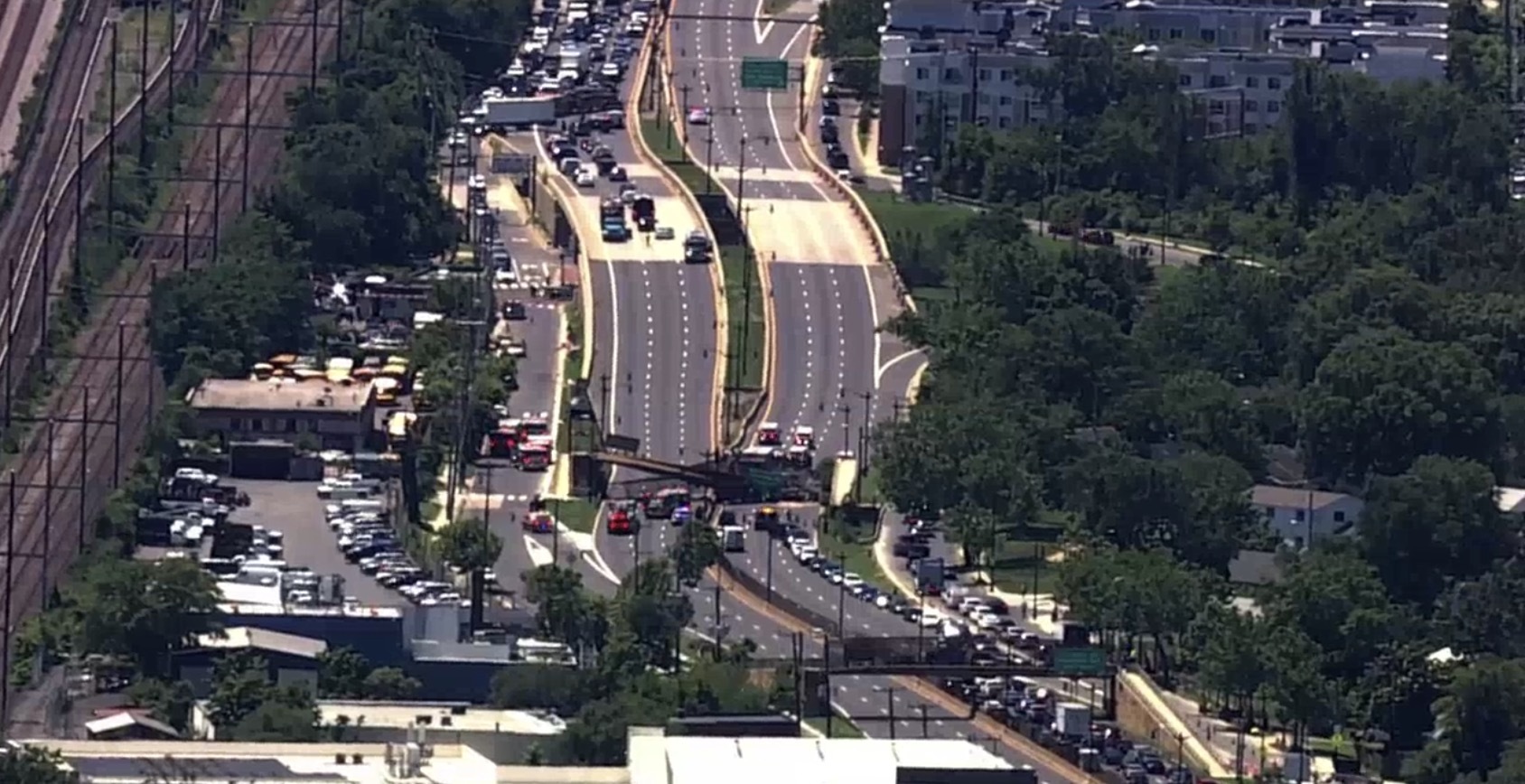 Did a pedestrian bridge collapse in Northeast Washington, DC?

A pedestrian bridge collapsed onto DC-295 in Northeast Washington, D.C.

All lanes of the DC-295 have now been blocked off, Metropolitan Area Transportation Operations Coordination confirmed.

Was anyone hurt in the bridge collapse?

Four people were rushed to hospital with injuries and two were assessed at the scene, according to DC Fire and EMS.

Firefighters responded to the scene and confirmed that no one was trapped under the debris.

It is unclear if anyone else has been hurt in the collapse.

It was not immediately clear what prompted the collapse or if anyone was walking on the overpass at the time.