Sixteen crew members are rescued from a sinking ship in rough waters by helicopter in this dramatic footage.

The first mate of the MV Mangalam raised the alarm on Thursday when the weather suddenly worsened and it started taking on water in the Arabian Sea.

Two rescue helicopters and a ship from the Indian Coast Guard were dispatched to the barge, which was sinking near the Raigarh district of Maharashtra in western India. 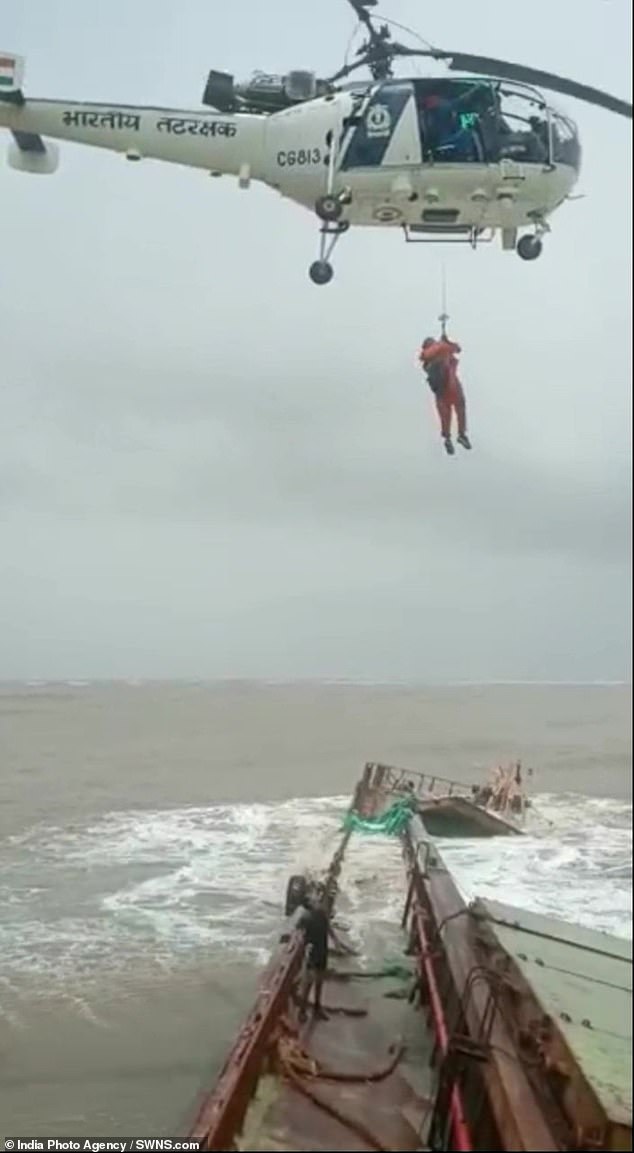 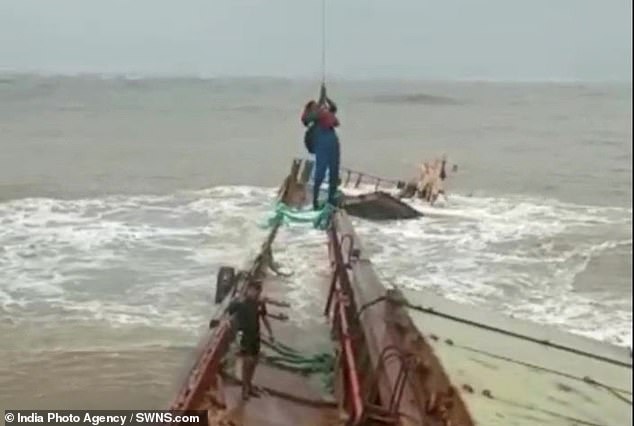 All crew members were safely winched to safety as the bow of the vessel disappeared beneath the waves.

The coast guard later seemed to suggest the Mangalam had run aground, causing it to partially sink. 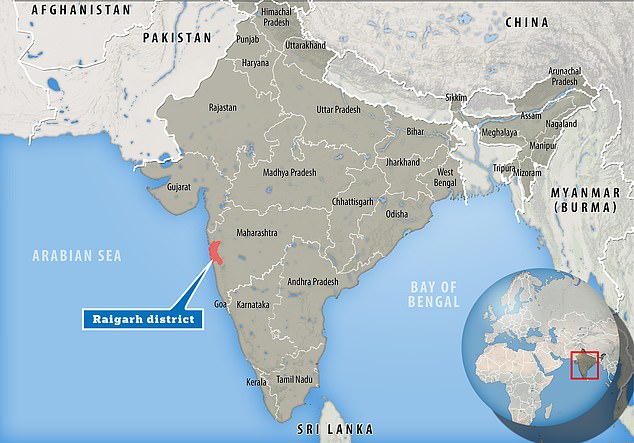 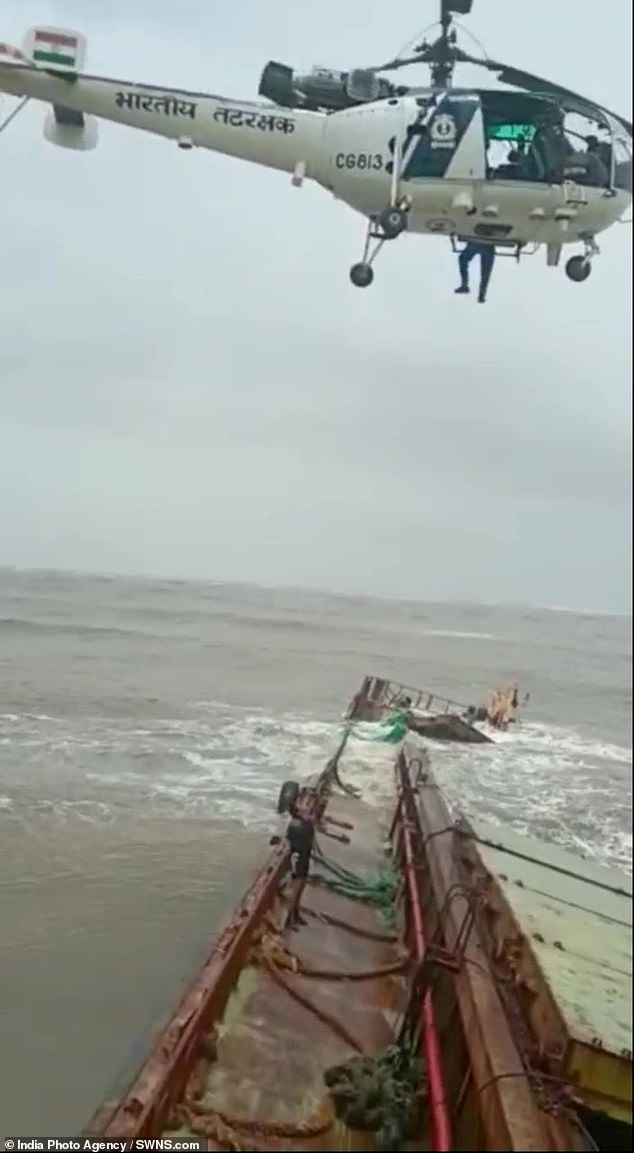 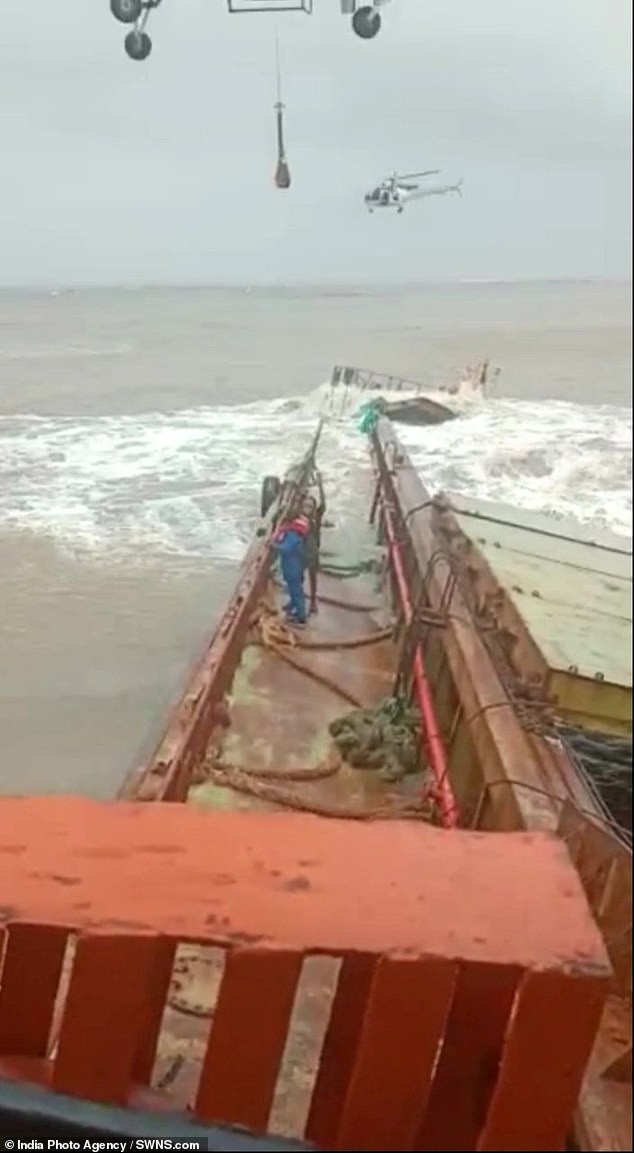 The cargo ship, built in 1994, ran into trouble in strong winds and heavy rain off the coast

One person replied to the post on Twitter: ‘Great team and salute to all the team members to complete the task with patience and rescue all of them.’